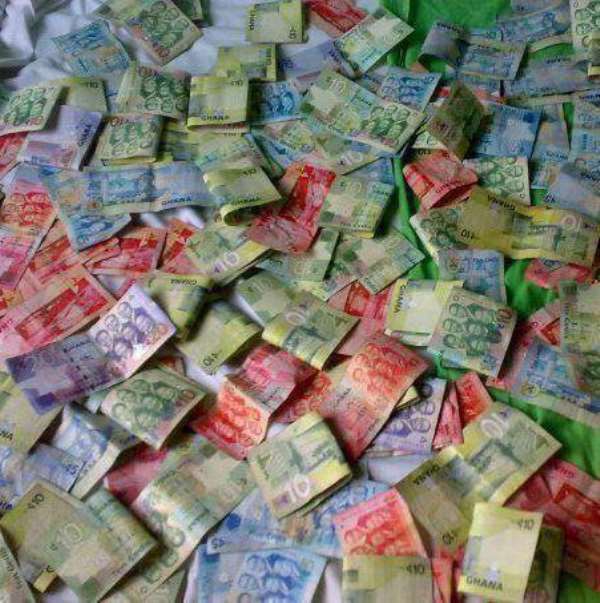 Last week Dr Mahamudu Bawumia, a former Deputy Bank of Ghana Governor and a two-time Vice Presidential candidate of the New Patriotic Party, gave a lecture on what could be done to rescue the falling cedi. He painted a scary picture on Ghana's state of the economy and employed an interesting metaphor to buttress his point thus “It feels like we are travelling in a 'boneshaker'[...] At this rate, the country will be on its knees before the end of the year. It is clear that we are not only travelling in a boneshaker but it also has no shock-absorbers.”

But as expected guns went blazing, firing Dr Bawumia's person at all angles. There were those who said he was clueless others said he was a doomsday prophet scaring away investors. But to Dr Bawumia, he was just ringing the alarm bells

Chinua Achebe in 'Anthills of the Savannah' presented an interesting narrative.

"Long before sunrise in the planting or harvesting season; at that time when the sleep binds us with sweetness more than honey itself ', the bush-fowl will suddently startle the farmer with her scream: o-o-i! o-o-i! o-o-i! in the stillness and chill of the grassland.

I ask you, does the farmer jump up at once with heavy eyes and prepare for the fields or does he scream back to the bush-fowl: Shut up! Who told you the time? You have never hoed a cassava ridge in your life nor planted one seed of millet.

No! If he is farmer who means to prosper he will not challenge the bush-fowl; he will not dispute the battle-cry; he will get up and obey.

Have you thought about that? I tell you it is the way the Almighty has divided the work of the world. Everyone and his own! The bush-fowl, her work; the farmer, his. "To some of us the Owner of the World has apportioned the gift to tell their fellows that the time to get up has finally come. To others He gives the eagerness to rise when they hear the call; to rise with racing blood. . . to engage the invading enemy boldly in battle."

So like Achebe's bush-fowl Dr Bawumia is merely calling the government to duty, to sit up and work. Interestingly other notable international organizations have made statements that corroborate what Dr Bawumia said. Fitch a credit ratings agency downgraded Ghana from B+ to B in October with a stable outlook, only to cut the outlook to negative last week after questioning the credibility of the government's fiscal consolidation programme. Fitch maintains the view that the pace of fiscal consolidation will be slower than the government projects.

Standard Chartered Bank has also warned that Ghana risks running into serious financial distress unless urgent spending cuts are made by government. In its Africa Focus report, the bank says "A rapidly weakening currency and higher yields on domestic and external debt are symptoms of Ghana's increasing financial distress."

Then the Minister of Finance also makes admissions to the effect that we are in difficult times and that government has not ruled out a possibility of going back to IMF, a prediction Dr Bawumia made but was brushed aside by Dr Nii Moi Thompson an economic advisor to the President.

So why was Bawumia vilified, when he came up with statements other authorities agree. The answer is simply Politics and the thinking that admitting the economy is in crisis will give wrong impression to the ordinary Ghanaian (At least the Minister for Information subscribes to that school of thought). But can we just solve the problem without admitting there is a problem? Our politics have been hijacked by a few who bark at anybody who comes up with alternatives they find unpleasant.

Many well-meaning Ghanaians for fear of been tagged and insulted have watched helplessly while the few politicos engage in their ritual dances of retrogressive politics. Can we develop our nation if ideas are welcomed based on the political coloration that covers it?

Dr Bawumia called for prudent financial management and due diligence. The President in an interview with Africa Report is said to have admitted that Ghana loses about GHC 1.5 billion ($580m) a year as a result of misappropriations and lack of due diligence. Obviously action must be taken to stem this.

Day by the day, the alarm bells keep ringing. Do we listen to the bells and rise up or we treat them with cynicism and contempt.

"Man's history is being shaped according to the difficulties it encounters. These have offered us problems and claimed their solutions from us, the penalty of non-fulfilment being death or degradation.

These difficulties have been different in different peoples of the earth, and in the manner of our overcoming them lies our distinction.

The Scythians of the earlier period of Asiatic history had to struggle with the scarcity of their natural resources. The easiest solution that they could think of was to organize their whole population, men, women, and children, into bands of robbers. And they were irresistible to those who were chiefly engaged in the constructive work of social co-operation.

But fortunately for man the easiest path is not his truest path. If his nature were not as complex as it is, if it were as simple as that of a pack of hungry wolves, then, by this time, those hordes of marauders would have overrun the whole earth.

But man, when confronted with difficulties, has to acknowledge that he is man, that he has his responsibilities to the higher faculties of his nature, by ignoring which he may achieve success that is immediate, perhaps, but that will become a death-trap to him."

There is a daunting task ahead of us, the difficulties are known what is left is for Government to bring leadership to bear to help restore the economy, let it listen and take lessons and act speedily to take as out of this quandary. God bless our homeland Ghana.