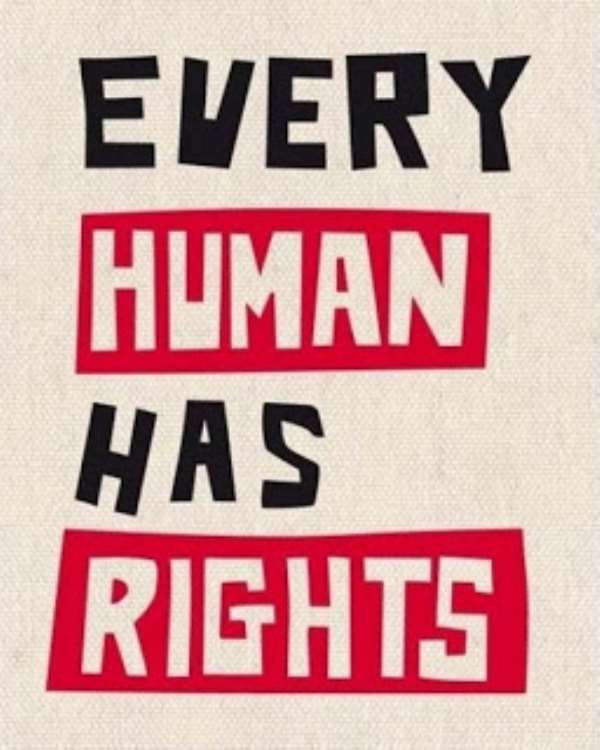 Ghana is one of the most religious nations on earth, it is also a beacon of hope for humanism and freethought in the region. The image of a deeply religious Ghana is not as entrenched as pollsters project. A humanist and freethinking Ghana exists and is slowly and solidly emerging. A skeptical and rational Ghana is a social fact.

Indeed, most Ghanaians profess religious belief in God, gods, spirits, devil, mamiwater, dwarfs, witches etc. They acknowledge the reality of spiritual beings, their influence on human lives and activities. Many Ghanaians identify themselves as christians and muslims. Traditional religious beliefs are very strong in rural communities. Centuries of christian evangelization and islamic preaching have turned many parts of the country into a religious supermarket. Churches are found in every nook and cranny in Accra and in other major cities across the South. Pastors peddle miracles. They advertise prayer hotlines.

Shrines, formal and informal mosques are ubiquitous in cities and communities across the North. Markets, shopping centres, taxi parks are used as praying grounds. Soothsayers are consulted by persons across the religious divide before decisions about marriage, travel, businesses, jobs are made. The shrines of the traditional priests-Bougilana- are located in their homes. Their gods are housed in private apartments. Mallams from the Tijjaniyya sect use their living rooms for consultations, sea-sand divination and 'browsing'. Religious preaching and sermons dominate local television and radio networks.

The efflorescence of religion in Ghana makes many people think that humanism or freethought has no place in the society. That there is no real space for rationalism in Ghana. I submit that those who entertain such thoughts are greatly mistaken. They have not really looked below the surface.

Beneath this facade of religiosity in Ghana lurks doubts and disbelief. A simmering current of freethinking and rational inquiry exists. Many Ghanaians hold religious beliefs and doubts at the same time. They are critical of religious claims especially when they are used to victimize or harm. People denounce religious schemes when they are at the receiving end of faith-based abuses. For instance, many Ghanaians revere Nigeria's T.B Joshua. While some are aware that he is a fraud, a charlatan and a fake healer.

Many Ghanaians openly voice out their objections to the religious pretensions and exploitation by the country's growing number of god men and women. These objections often come from educated Ghanaians. Incidentally most of the educated in the country are products of private and state faith schools. They are slow in criticizing religion or pointing out its excesses because they do not want to offend the religious establishments. Or rather they do not want to be seen to be biting the hands that fed them!

Religious organisations like the Catholic Church, Presbyterian, Seventh Day adventists, the Ahmadiyya maintain a firm grip on the country's educational system. Schools are potent tools of proselytizing, of propagating dogma and discouraging critical thinking and investigation of religious and superstitious claims.

Due to powerful religious influence and presence, most humanists and other non religious in Ghana have until recently remained in the closets. Culturally, atheism is a taboo. Questioning religious claims a blasphemy. Freethinking, rationalist and atheistic declarations have been a luxury for few empowered individuals who can withstand social pressure and opposition.

But today things are beginning to change. The religious landscape is undergoing rapid transformations. Humanists and other skeptically minded individuals are emerging from the closets. Thanks to the internet, many unchurched, unmosqued and unshrined individuals have a space to express themselves, to organise, mobilise and connect with each other. There is a growing community of reason, a coalition of critical minds in Ghana. A new wave of humanism is sweeping across the country.

I describe it as 'new' because organised humanism is not a recent development in the country. One of the first humanist groups in Africa was established in Ghana in the 80s. Late Ghanaian humanist, Hope Tawiah started it. The group was called the Rational Centre. The organisation is now defunct. But its rationalist vision is not. In fact a new humanist group, the Humanist Association of Ghana, is working and campaigning to further that vision. The group held its inaugural conference in 2012. It has organized several meetings and social gatherings in Accra.

The group's facebook page has helped connect and bring together hundreds of humanists and other non religious people, Ghanaians and non Ghanaians alike in distance towns and cities across Ghana -in Tema, Kumasi, Tamale- and beyond in a way that has never been the case in the history of the country. I was fortunate to attend the group's meeting held in Aburi in February and was deeply impressed by its vibrancy and promise. The group comprises mainly young people with curious and inquisitive mind-students, lecturers, civil servants, company executives and business entrepreneurs. One of the attendees travelled all the way from Kumasi -about 380 kilometres- to meet and socialize with like minds. Another member of the group came to the meeting from Tamale, which is over 600 kilometres from Accra.

This humanist group is fulfilling one important role- providing a sense of community to freethinking people in Ghana. People who do not believe in God or doubt its existence often feel lonely. They think they are the only ones entertaining such thoughts. Today in Ghana, non religious and skeptically minded people have a place-online and offline- to go and interact with one another, exchange 'blasphemous' ideas, discuss the tricks of magicians and faith healers, laugh and enjoy their unique sense of humour without offending anybody. The place is the Humanist Association of Ghana. The group is planning more programs and events to promote the humanist alternative in Ghana in the months ahead. The future of humanism in Ghana has never been so promising.

I have no doubt that, at last, the group that will champion the cause of a secular society, intellectual awakening, renaissance and enlightenment in Ghana is here.