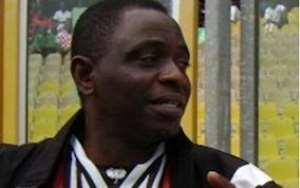 Glorious Accra Hearts of Oak has appointed former Player Mohammed Polo as it Coach till the end of the 2013/2014 league Season.

Hearts has been without a Coach since they parted ways with David Duncan about three weeks ago. Polo start his journey with the Phobians this week and his first assignment will be against Mysterious Ebusua Dwarfs at the Cape Coast Robert Mensah Stadium.