Who The Heck Is Franklin Cudjoe? 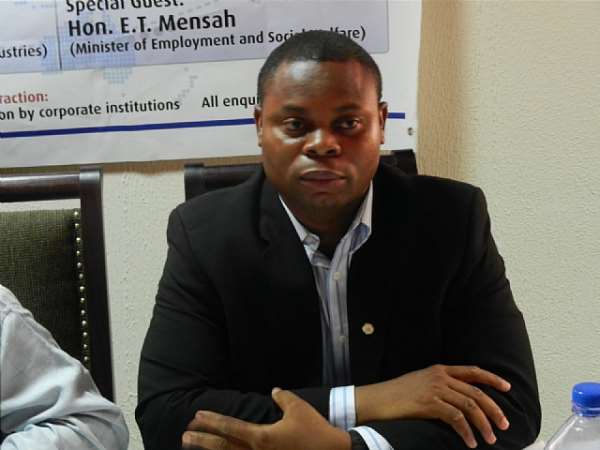 In Ghana today, Franklin Cudjoe of IMANI Ghana seems to be the “kingpin” on everything. He is chased everywhere by some so-called journalists to comment on everything, just anything. Cudjoe, who enjoys the flow, seems to be driving everything in Ghana but actually driving nothing.

The IMANI boss comments on everything from what you should “drive and where you should sleep”. Don't ever be surprised if you wake up tomorrow and hear Franklin Cudjoe telling you what to eat going forward.

This myopic policy analyst has nothing good to say about Ghana. In fact, most of the things he says or has been saying bother on gloom and doom. You may be very kind to Franklin Cudjoe if you label him as a prophet of doom, because Franklin Cudjoe sees nothing good coming out of Ghana as far as his archenemy, the NDC is in power.

There has never been a week that you don't hear from Franklin Cudjoe and his IMANI. Ghanaians have been used to the IMANI Brothers so when Franklin Cudjoe burst into the scenes in Ghana with his IMANI Ghana, some people initially thought it was the PR outfit for the flour company until he started showing his true political colours.

Trust me if you hear about Cudjoe this morning, in the evening you will surely hear from his vice president Kofi Bentil commenting about something insignificant. The IMANI guys always follow the news of the day and jump in at the appropriate time if they believe it will project their ego.

The stock in trade of IMANI Ghana which has one of its Board of Advisors as conflict-of-interest-in-chief, Oteng Gyasi, Owner and CEO of Tropical Cables Conductor Limited and Board Chair of Electricity Corporation of Ghana has been criticisms galore. They have criticized every single move by the NDC government whether it makes sense or not. To them, anything negative about the NDC will sell to their ever waiting audience.

Franklin Cudjoe, whose wife Sandra Cudjoe is a Founding Trustee of IMANI Ghana, sometimes do not even take stock of the issues he raises concern about. You will hear Cudjoe in his usual lamentations blabbing about something the NDC government did not do right. Yet, when the government moves to right the very same issues that Franklin Cudjoe raised concerns on, this man will come again and say that the government did not do it well enough.

Franklin Cudjoe seriously believes that the best way for him to cut his deep teeth in the Ghanaian political gallery is to become a noted doomsayer. As a result, everything he says about the NDC and Ghana is negative. He does not care what becomes of the filth he spews daily about Ghana. All he cares about is staying in the news.

I wonder if Franklin Cudjoe and his bunch of all-knowing hawks know anything about constructive criticisms because they are only too happy to daily whip the government without offering anything constructive. In fact, they do not have alternates. All they have and all they do, is to load on the NDC government to make their base happy.

But real think-tanks throughout the world do not putter in every single issue. They comment only on certain pertinent issues and offer credible and concrete suggestions to help their countries and their governments of the day. That is where you draw the line between patriotism and partisanship.

I do not see IMANI Ghana headed by partisan Franklin Cudjoe being cast in that mode. They are simply not there yet. All they do is cry-babying with their little drops spilling everywhere without telling Ghanaians what they think can get us there.

Ghana needs serious think-tanks who are non-partisan and are not there to let people hear their voices, but are there to hear the voices and lamentations of the poor, the needy and those who need the support of the government and the society at large to help push them from their current doldrums. Currently, Franklin Cudjoe is becoming everything but nothing. He seems to be leaving not credible trails or pointers behind. It's all talk but nothing concrete.

In this world great thinkers and achievers always leave a mark by leading the trail with their fleet of ideas. We have not seen anything yet from Franklin Cudjoe's quarters. The trail currently behind Franklin Cudjoe and his IMANI is all smoke and gloom but nothing solid. If you ask me about Franklin Cudjoe or IMANI Ghana, I will say, I've not yet seen anything to write home about.