Are women their own enemies? 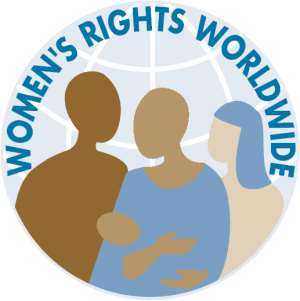 I eavesdropped on a conversation between two women in a taxi cab and felt sorry for the other woman they were talking about. Though the temptation for me to interrupt in the conversation was very strong, I was able to restrain myself. It was when these two women alighted that I realised I was not the only one listening to their conversation. The taxi driver then remarked, “Women are their own enemies!”

Their conversation bordered around a friend of theirs who has succeeded in making the husband a 'fool' because the man does everything in the house whiles the woman stays out claiming she's working. Now that she has put to bed, the situation is worse as the man does the washing, goes to the market and cooks. They wondered why the man should cook and wash when the wife is there and questioned the reason he had even married her. For them, the woman is behaving like a man, and because she is in a better financial position and taking care of the home, she's disrespecting her husband. In their case, the 'disrespect' here is that the man is the one doing most of the household chores a woman is supposed to do. From their conversation, it's obvious that the man is not complaining and is happily doing all those things he shouldn't be doing.

I somehow identify myself with the man these ladies were talking about because I have also had my fair share of insults. I live in a compound house and mostly do the washing with my wife. Because of that, women in the house, both young and old openly insult me and claim my wife has cooked for me some stuff that has made me an 'imbecile.' They cannot withstand the sight of me doing chores that they feel women should do and because of this, they continuously insult my wife and I.

I had the worse encounter when I went to the market to purchase foodstuffs. I overheard a woman describing me as a 'man-woman' and a 'chisel-man' who doesn't want the wife to do the shopping for fear that she will keep the rest of the money.

Can I blame these women when the society we live in is so much stratified along gender lines and has defined roles for men and women which has become the acceptable norm? Women and men are continuously presented in stereotyped manner and that has affected our perceptions concerning our responsibilities in the society. The society is consistently and subtly represented as male-dominated in all spheres of life whiles issues concerning women are trivialized and made to look insignificant. Women are seen as home-makers, care-givers, dependent, incompetent, subservient, domestic, inferior and sexual objects whiles men are presented as powerful, responsible, tough, adventurous and sexually aggressive. This portrayal reinforces the stereotypical gender roles and draws a mental barrier that serves as checks on what is considered as normal or abnormal with respect to responsibilities in a home. These views certainly place some level of psychological restrictions on both men and women and hinder them from exploring and excelling in other roles.

Our society has failed to realise the changing development trend where women are taking up roles and responsibilities which were previously the reserve of men and men now accepting roles previously thought were solely meant for women. There are more women attaining higher educational status and now occupying job positions that were male-dominated. This glass-ceiling, a situation where women a denied of opportunities just because of their gender, is being broken and should be reflected in the way we behave in our society. Now men are also willingly taking the caring roles and participating more in domestic activities in the homes.

It is time the media, church, schools and other socialisation agents appreciate the fact that those days when people's performance in a particular field or home were premised on one's gender were gone. Our society must begin to reflect the changing trend and break that stereotyped barrier, and this must be the responsibility of our socialisation agents which had been at the forefront of creating such a stereotypical standard. The media has a greater role to play in this regard.

Based on this, I cannot say women are their own enemies, because they are just exhibiting what the society they live in has made them to be. So for them, when a man is washing, whiles the woman is gone for a job assignment, it's 'unusual' hence there's something wrong with that man. The same manner when a woman is spending her money in taking care of the home, she's also considered a 'fool' because she's not supposed to do that, as society had made them to believe.

OSP not enough to win the fight against corruption — Micheal...
30 minutes ago