Perceived Violence Is What Is Making Islam Unattractive To The Youth! 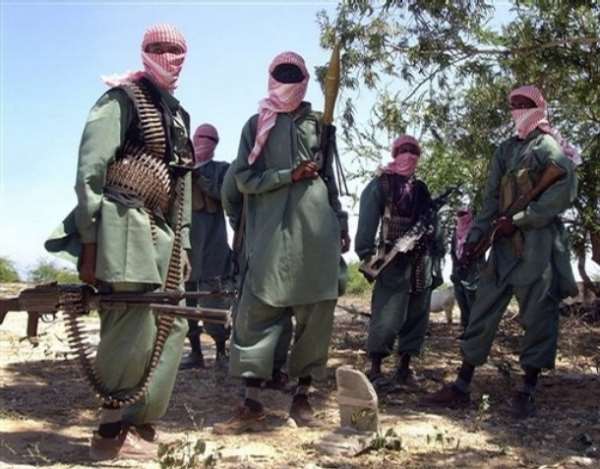 Perceived violence is what is making Islam unattractive to many young ones around the world. 'Even though Islam stands for peace, its revolutionary actions are believed to denote violence'. Is this not contradictory?

I admire the gorgeous looks of the decently dressed Muslim ladies in my class and many other people including their fellow ladies have being saying same. I see in them complete women of virtue and of ambitions. I see in them mothers of responsible and purposeful children. I sincerely respect them. And I have also realized that their influence on dress code is far reaching in the class.

I constantly admire the sober but disciplined disposition of my former school chaplain, Sir Alhaji Jordan Man of Wa Islamic Senior High School. He has always preached peaceful living, religiosity and morality. He is such an inspiration. I also have Muslim friends who love and preach peace. The national chief Iman, Alhaji Nuhu Sheikh Sarabutu, was visibly seen preaching peace on the eve to the Supreme Court ruling on the famous 2012 presidential electoral petition brought before the court by three disgruntled members of the New Patriotic Party (NPP).

Oral interviews with close Muslim friends and brothers, who were not Muslims before, in the Zongo communities of Ghana, indicate that they have joined the religion because of its social recognition and its sacred compassion for the poor. They said that Zakat, which is an annual sacrifice given to the poor and needy after Ramadan, puts a smile in their faces as they share food, drinks and love with rich Muslim families. They said that this has motivated many of them into joining and practicing Islam.

So, the notion that the Muslim is violent is not entirely true.

However, desperate activities of some extremists of the religiosity, morality and righteousness believe and doctrine of Islam is soaringly casting a slur on a highly revered religion that shares with the poor and needy, a religion that promotes social and economic equity, and a religion that longs for morality in its entirety. The dreaded and deadly activities of the Alkhaidah, Alshabaab and Bukhum Haram militias who widely claim to be doctrinal movements for the peace intentioned Islamic religion have seen many youth in the world revising their notes. These groups of terrorists constantly kill, vandalize and infringe upon the human rights of thousands of people and attribute them to the practicalities of Islamic doctrines of religiosity, morality and righteousness.

This has led to many young ones, easily but mistakenly, equating Islam to violence. Some people even erroneously think that Islam is synonymous to violence to the extent that when one says he or she is a Muslim, he/she receives that disgusting second look.

A onetime classmate who is from a Muslim background, but now a devoted Christian, told me that she left Islam for Christianity because of the disturbing footages she watched on TV and in general news and articles she read about the activities of the above mentioned factions believed to be linked with loyalists of Islamic doctrines. Many are the examples out there.

So, what can be done about this bloody stool from a desperate social and religious enema?

I think it is time the entire Islamic leadership rise to the challenge and make Islam that attractive and peaceful religion to the 21st century youth by reconciling actions with core values and principles. There are so many battles that are fought victoriously without war and I sincerely think that the battle for religiosity, morality and righteousness is one of such battles.

And so, I think that instead of brutalizing and killing innocent souls for supposedly doing the wrong thing, efforts must be stepped up in educating our youth and in living by example lest, hardened criminals are overriding on the well intended principles of morality and righteousness to commit terrorism with impunity. This is viewed by society as deviance and therefore puts the religion at bad light as a sacrilege.

We must note that Islam is bigger than any interest group. What should be done by Islamic leaders around the world is to immediately distant Islam from the heinous crimes committed by hardened criminals under the disguise of Islamic doctrines. Educative campaigns must be organized to educate the public on the difference between Islam and wicked militant sects under the camouflage of Islamic believes and principles. This will purge Islam of the perception of violence and bring back the reverence that it deserves as a peace intended religion.

Difficult as it may seems, I believe that, God Almighty, even though the supreme and sovereign ruler of the world, does not work in vacuum. He works through human beings. And so, I believe that, lest we say that Islam around the world is not united, we can actually do a lot with crusades. Let us not even bother our minds searching far. Right from this platform, we can make a lot of difference with the will power. I believe that it takes just a right person, with a right message, in the right wording and with the grace of Great Allah, to end this widely perceived inter and intra Islamic violence.

We must note that the battle against religious deviance is a revolution of the mind and should be non-bloody. It is more gradual than forcible and hastened adaptations.

I STAND FOR PEACE!!!
My heartfelt condolences to the bereaved families of my Kenyan brothers who were victims of last week's attack. My heartfelt condolences to the Awonoors family who sadly lost a father, a mentor and a bread winner, Prof. Kofi Awoonor, at the Westgate Mall, Nairobi, Kenya. Take a heart in this trying moment as you take solace in this quote from Martin Luther King Junior's 1963 dream speech 'an unmerited suffering is self redemptive'.

MAY THE PEACE OF ALLAH THE MOST GRACEFUL, THE MOST MERCIFUL AND THE MOST COMPASSIONATE, BE WITH YOU ALL!!!