The Wholesaling Of Political Islam 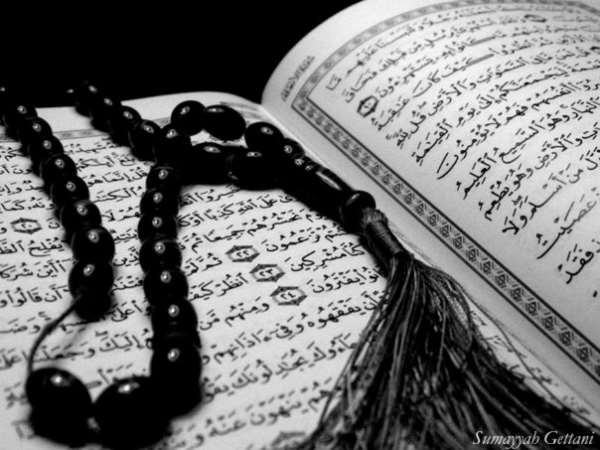 I don't know who deserves the attribution as far as the coining is concerned, I only knowlike the terms Islamism, sharia, and jihad so-called politicalIslam is a loaded term that stirs storms of controversy. Despite that baggage, it is the prevalent concept that defines all political parties and movements with Islamic references.

This wholesale attitude, needless to say, puts the Justiceand Development Party in Turkey, the Freedomand Justice Party in Egypt, the Renaissance Party (Ennahda) in Tunisia and militant groups such as al-Shabaab and al-Qaida in one box.

Political Islam is endangered by the sandwiching effect of two negative forces; one that dysfunctionally wears it as a divinely contracted puritanical moral agency forced upon people, and another that stereotypes it as an imminent danger bent on destroying modernity, if not humanity.


Against that backdrop, in the Westas in many parts of the Muslim worldpolitical Islam is hardly granted fair access or representation in the market place of ideas where merits and demerits of concepts of governance and state-building are evaluated through fair public discourse. It is treated as a radioactive ideology that deserves nothing more than an IdeoHazard or a radiation protection symbol attached to it without further explanation or discussion.

What would the reaction or the outrage be like if media groups started to refer the ideology that founded the 'Jewish State of Israel' as Political Judaism, or the one that inspires Tibetan monks to torch themselves in protestation as Political Buddhism?

The False dichotomy
While any attempt to reconcile the Shabaab-ic or Talibanic moral rigidity with pluralism and modernity might be an exercise in futility, reconciling these values with those of the aforementioned parties is not only possible but is underway. Turkey is already a successful model. Of course that is not to say that they would not experience political hiccups every now and then.

Addressing thousands of the Renaissance Party's supporters during the recent political tension that put pro and con Tunisians back on the streets, Rachid al-Ghannouchi, the Tunisian Islamic thinker and the party's intellectual leader asked the crowed this question: 'Do they (opposition) have the right to change the government?' The thundering response from the crowd was: 'No!' Correcting the crowd, he swiftly responded by saying: 'Yes, they can. But (quoting from the Quran) they must enter the houses from their doors.' (through a legitimate democratic process)

The Egypt Experience
August 14, 2013 goes down as one of the bloodiest civilian crackdown in modern history. (still being counted) Hundreds are already declared dead and thousands injured. This brutality against unarmed civilians who were exercising their democratic right to employ civil disobedience against an illegal act of a military overthrow of an elected civilian government must be unequivocally condemned beyond words.

However painful, every human experience offers an opportunity to mature. The military coup and the subsequent negative and positive events provide, especially the Muslim Brotherhood, ample material to learn from and improve upon. Those who were killed, injured, and imprisoned came for a cause that was much bigger than the overthrown President, Muhammad Morsi. They came to support a universal value and belief that there is no one who is divinely appointed to fill a seat and that anyone who wants to assume authority over people must come through a social contract that is framed by negotiated consensus and not by the barrel of guns or the backs of tanks.

The Anti-Coup Movement has sent a clear message that it crossed the Rubicon of fear. Their violently cracked sit-ins would only create a mushrooming effect in Egypt and beyond. No military matches in might against unarmed citizens willing to risk all that the ordinary people perceive indispensable.

Can Political Islam be Democratic?
The yin and yang of Islam are: Ibadat (worship) and Mu'amalat(human interaction). The former deals with how the human-beings maintain spiritual devotion to The Creator (God) and in this sphere there is very limited flexibility. No Muslim scholar, Sheikhor Imam could reduce the daily obligatory prayers intended to glorify, thank and sing the praises of God from five to, say, two. There is no room for negotiation there unless one is sick, traveling, etc. Even then each might be prayed differently or is its length reduced but not the number of the prayers.

The latter, on the other hand, deals with human relations. As such, Islam lends it ample space for negotiations without which trust, unity and coexistence could be not built. That is why the great majority of Muslim scholars would find no problem with the concept of democracy, though many would argue these democratic systems must consider the values system of each polity while protecting the rights of the minorities. The founding of a pluralistic State by social contract was modeled by Prophet Muhammad some fifteen centuries ago by instituting the Constitutionof Medina.

To Experience Is To Learn
The thing that visibly tipped the scale and made the anti-coup demonstrations and sit-ins fashionable was when the EgyptianUltras that played a major role in the revolution that brought down Hosni Mubarak decided to leave the football (soccer) arenas and join the Muslim Brotherhood. With them came a portion of the liberals and the Copts who almost unanimously supported the military coup.

The most powerful message of unity came from the non-Islamist youth who came to support the sit-ins and demonstrations against the coup. After he finished motivating the crowd from the stage, he concluded with these remarks: 'This is a message to the Muslim Brotherhood. I beg of you to review your system anew. Consider the current crisis a message from our Lord to you since Hesaid, 'And whatever affliction befalls you, it is on account of what your hands have earned' This is the Quran [42:30], not my own opinion. So, seize this opportunity.'

To my fellow Muslims, the challenges facing the world today need feasible strategies that promote mutual interest, not just a slogan that Islam would solve all the problems. Such slogans ring hollow to not only non-Muslims, but Muslims who are neither there at that emotive moral height nor have seen positive production of such sloganeers.

Islamists in general, and the Muslim Brotherhood in particular, must learn to resist the zero-sum temptation that often comes with power politics. Though, ironically, the coup architects who were blaming them of monopoly of power are on a frenzy of re-MobarakizingEgyptian institutions.

If the main objective remains to cultivate an environment conducive for tolerant pluralism, freedom of religion, thought, commerce and equal protection before the law, political Islam could succeed. But if that potentiality continues to motivate the paranoia-driven (domestic and foreign) powers to suppress, deny access or subjugate Islamists, violent extremism is the likely outcome.

Editor's Note:
Abukar Arman is a political analyst and a former diplomat. You may follow on Twitter: @AbukarArman, or e-mail: [email protected]