Cyber Fraud: Ghana Ranked 2nd In Africa And 7th In The World 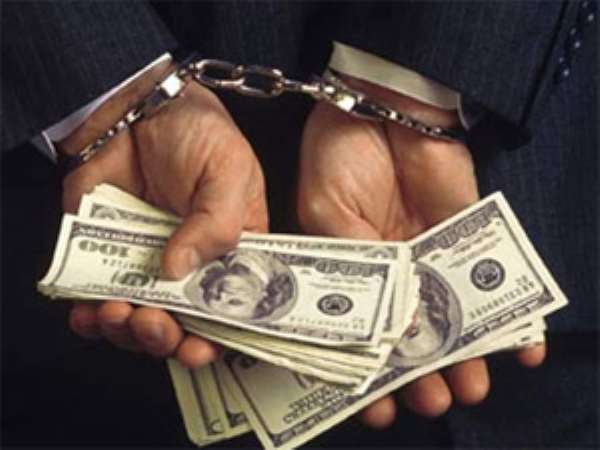 Ghana is reported to be gaining a bad reputation for Cyber-crime, also known as 'sakawa'.

The country is ranked second in Africa and seventh in the world in cyber crime or internet crime.

This means more Ghanaians are engaged in cyber fraud, ranging from hacking of official websites to using the web to solicit young Ghanaian girls for sexual exploitation abroad.

According to the Ministry of Communication, about 82 cyber-crimes occur in Ghana every month and that is averagely 1000 crimes a year.

Deloitte and Touché, IT Auditor, Jesse Arthur cited lack of password policy by companies and deterring legislations among the challenges facing the country in addressing cyber security issues.

Meanwhile, the Ministry of Communications is warning the public to be extra vigilant as the country records increase in cyber crimes.

Deputy Minister of Communications, Victoria Hammah says government is collaborating with interest groups such as the national security to tackle the issue.

Interestingly, Enterprise Risk Services Partner of Deloitte and Touché, Joe Ohemeng told Joy News a lot more people are becoming aware of cyber crime, which he said has rather reduced incidences of cyber crime in the country.

He, however, charged the business community to put in measures to fight cyber crime.

He also asked the Ghana Police Service to recruit more IT personnel into their fold.

Nevertheless, the Director of Commercial Crime at the CID, Superintendent Felix Mawusi, was emphatic the country will "win the war" against cyber fraud.

He told Joy News the department is working hard to "determine, prevent and reduce cyber crime".

He said the CID headquarters is using the e-crime project, which has five components, as the main tool to fight cyber crime.

He explained that a laboratory for training detectives in cyber crime has been set up; the forensic science laboratory of the police service has been equipped. He further stated that the police is gathering cyber crime intelligence at a faster pace as well as getting a unit for the public to report crime.