The NPP's intentions exposed: No genuine desire for electoral reforms!! 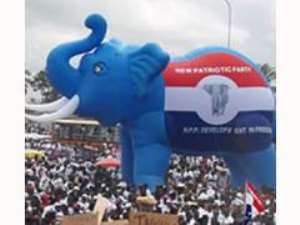 My good friends, as we wait for the addresses to be delivered by the counsel for the petitioners and the respondents, respectively, we should continue to examine issues with the view to preparing our minds for what they will say in summing up their arguments.

We all have a stake in the matter and should not detach ourselves from it. After all, we have been monitoring developments and know how the tide flows. We are capable of scrutinizing issues and should do so, even if we rely on the 9 Supreme Court judges to end it all.

The main argument raised by the petitioners and their supporters is that the petition is good because it will lead to electoral reforms. I refute that porous argument because there is nothing to support it. Nowhere in the various versions of the NPP's petition is anything said to that effect. Everything is centred on the demand for reliefs based on the annulment of over 4 million votes and Akufo-Addo declared as winner of the 2012 Presidential elections. Whom are these NPP people trying to deceive but themselves?

They don't even want the Supreme Court to examine the integrity of Election 2012? If they do, why will they not extend their scrutiny of the pink sheets to all the 26,000 polling stations but limit their work to 24,000 and come out with slightly over 11,000 as their benchmark for alleging irregularities? And the KPMG has even rubbished their exhibits, reducing the number to slightly over 8,000?

Here is how someone has put it: If the petitioners truly want the court to evaluate the integrity of the 2012 Presidential elections and arrive at a just conclusion without prejudice to any party, it is incumbent on themin the interest of fairness and equityto subject the whole of the 24,000 pink sheets to the same scrutiny as they accorded the 11,000 that they tendered as evidence.

Whether coincidentally or by design (which is more likely), those 11,000 pink sheets pleaded as their 'water-tight evidence' were selected from the constituencies won by the first respondent (President Mahama).

By excluding more than half of the total polling stations in the country, and without including any pink sheets from the constituencies won by the first petitioner (Akufo-Addo), it is impossible for the Supreme Court to arrive at a correct decision, using a limited number of pink sheets as evidence.

In admitting that errors occurred, all that Dr. Bawumia kept saying was that it was an error but it shouldn't affect someone's presidency. He admitted the errors detected in the pink sheet exhibits but insisted on explaining that even though there were duplications, triplications, and quadruplications, he used only one pink sheet for his analysis.

Everything he said was tied to this 'analysis' as if the Court cares about his self-opinionated understanding of the issues at stake. Indeed, Bawumia doesn't know that the Court is interested in nothing but irrefutable evidence, which in this case will be expected to be based nowhere else but on what happened at the elections.

Unfortunately for him and his co-petitioners, he continued to admit that the pink sheet exhibits were fraught with anomalies, mislabellings, duplications, triplications, and quadruplications. Is this what will win the minds of the judges?

Do we even know the political affiliation of the Presiding Officers whose errors the petitioners are capitalizing on? Could they be the internal collaborators who had been induced to commit such errors to be taken as the basis for this petition? (a question that I asked in response to a comment made by a contributor to an earlier discussion thread).

I asked this question because it underlies the storm that the NPP petitioners have set in a tea cup, which they are begging the Supreme Court to settle in their favour.

We are aware of the admissions made by Dr. Afari Gyan that the EC faced serious challenges in conducting Election 2012, one of which was about technical glitches (concerning equipment), which was solved and enabled the elections to be held over two days (December 7 and 8)the first in the country's politico-electoral history.

Another major problem was human-based, regarding the calibre of people recruited by the EC to handle tasks on Election Day. Most of these recruits were appointed as Presiding Officers to oversee the elections. They were regarded as non-permanent (unofficial) staff of the EC but vested with as much power as the country's Constitution provides or the EC's own regulations stipulate.

Dr. Afari Gyan said that as usual, the majority of these unofficial staff were teachers who were recruited from all over the country and given some basic training to know the do's and don't's of the electoral process.

Some workshops were organized all over the period to help them sharpen their skills for the D-day. Obviously, training these officials couldn't be all-inclusive. Thus, some foibles and frailties couldn't be eradicated.

Although the EC has always insisted that those eligible for recruitment as non-official EC staff (Presiding Officers) shouldn't be known activists or followers of any political party, no one could confirm that those selected for Election 2012 were depoliticized.

The EC might have caused an initial vetting to be done and some unofficial, casual investigation done into the background of the prospective recruits before their being accepted to function as such. But who won't know that each of those unofficial staff members definitely has a political persuasion to defer to, even if suppressed for purposes of doing the EC's work and earning some income thereby.

At this point, the suspicion is that all those who worked as Presiding Officers voted for specific political candidates (Presidential and Parliamentary) in consonance with their political convictions. So, as political beings, they have their political interests to safeguard.

Now, to the main issue. With this background information, it will be dangerously ridiculous for anybody to say that the Presiding Officers had no political interest at stake. They had one and still do.

Here is why I want to stick my neck out to say that the technicality of non-signing of pink sheets and anomalies in entries being raised by the petitioners to support their stance against President Mahama and the EC could be a well-crafted act of treachery or sabotage by Presiding Officers compromised by the petitioners even before the final results of the elections were announced by Dr. Afari Gyan.

Otherwise, why did they not sign the pink sheets as required by law? Why did they mess up the entries to create doubts about them? Mere oversight or deliberate mischief to support a premeditated move by their handlers to challenge the outcome of the Presidential elections?

Knowing very well how the pendulum of opinion polls and the reception given them before the elections swung against themand a constant premonition that they would lose the electionscouldn't the NPP people have surreptitiously compromised the Presiding Officers at polling stations whose pink sheets are in contention to commit those errors in the pink sheets for them to capitalize on? My hunch!!

In this sense, shouldn't these Presiding Officers have been summonsed by the Supreme Court for evidence to be gathered from them so that we could all know the truth behind those clerical errors?

I can tell from the pitiable confidence that the petitioners have placed in those technicalities that they know how a premeditated error in the pink sheets can work to sustain their protests. It is the usual treachery that no one who knows how desperation can drive politicians crazy should overlook. But it will lead them nowhere but a dead-end, which I expect to detect in the address to be delivered on July 31 by their lead counsel, Philip Addison.

Clearly, it is a contest between REALITY (what exactly happened on Election Day as recorded in the votes cast and announced as the true reflection of the voters' will) and TECHNICALITIES (the use of transpositional/clerical errors on pink sheets by people desperately seeking political power through the back door).

The REALITY will definitely displace the TECHNICALITIES because those represented by that REALITY are wide awake and won't sit down unconcerned for the manipulators hiding behind the TECHNICALITIES to prevail at the Supreme Court.

No genuine desire for reforming the electoral process will produce this kind of petition. Clearly what the NPP petitioners are pursuing is a self-serving one, which is so haphazardly and treacherously skewed as to betray their desperation and morbid desire for political power through the back door. Such a desire won't materialize because it is sinister. And the petitioners and their benighted followers will be told the truth very soon.

E-mail: [email protected] Join me on Facebook at: http://www.facebook.com/mjkbokor