Calling On All To Sacrifice For Our Nation! 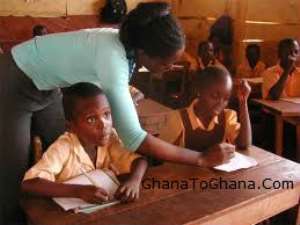 Recent issues in the media relating to how government respond to the ordinary worker's request for his share of the national cake gives one a cause to worry.

It is expected that a government after receiving the mandate of the people to rule, will call on the citizenry to put their shoulders to the wheel to help the government achieve its objectives which in the end will inure to the benefit of all the citizenry.

In most cases when the economic situation of a state is not healthy, leaders may even call on the citizens to make some sacrifices to get the country out of its woes.

In some cases, citizens are forced to forfeit some social and economic benefits so as to give the economy of the said country some respite to start making progress to achieve some growth.

There are extreme cases as what occurred in Cyprus where citizens were forced to lose a part of their savings in the bank; as one measure to save their ailing economy.

And so when our leaders call on us to make sacrifices in economic hard times of the country, it is patriotic on our part to respond positively to this call; especially when the leaders lead the way in making their own sacrifice to the nation. In primitive culture, leaders lead their followers in battles. But in our time leaders do not want to lead us in making the necessary sacrifice to get us out of our economic difficulties.

It looks as if before our elected leaders settle down to manage our resources to fulfill the promises they made to us on the election platform, they first look deep in the state coffers, take a large share of the few cedis we have in the bag to make themselves comfortable, before they come to us to make sacrifices to secure a better nation for all of us. A better nation for whom?

When the president talked about some meat that had been chewed up to the bone that held it, citing a single spine as the culprit, I thought I heard a union leader calling on the president to come out to tell the whole world which people led the chewing of the meat to its naked bone. That was a challenge the president should have taken. I was disappointed the president did not take that challenge. I guess some wise men had advised him and his men 'not to go there'.

I believe they realize that the ordinary worker is not in the mood to swallow such sentiments from its leader. Was it not yesterday that we heard that the president had authorized some handsome monthly package for our law makers and they in turn had authorized same for him?

Just today, it had even been said that parliamentarians who ended their term with the last parliament had received their ex-gratia and they are now waiting for something they call a resettlement package.

And yet the doctor who works tirelessly to keep alive the ordinary tomato seller whose taxes the politicians live on cannot get his share of the national cake. There are teachers who have received their promotion letters as far back as 2011 and yet as at now they have not received a dime as commensurate their new job title. And these are the people who represent hope for the ordinary man on the street. That through the teacher the ordinary man's child could find himself sitting in high places as the political elites are today.

I guess these ordinary workers have more valuable share in corporate Ghana than the political elite. That may be the reason why the call to sacrifice for one's nation is always addressed to them.

So far, in our Fourth Republic democratic experiment, the political elite has not been able to bring himself to stand with the people in their quest to achieve some decent living for themselves. I am afraid to say that there is a certain gulf separating rulers from the ruled. They can't feel our pain. That is why they cannot produce pragmatic solutions that could help get our people from poverty.

Some of the solutions they come up with to help us out of poverty are near insult to our people. The last time, I read on the net that government was praising itself for sharing 13,000 cedis to 365 poor families in some part of the country. By my calculation, the government expects a family to live on 35 cedis. The irony is that whilst our leaders condemn our people to a life of penury, by the policy they put in place to address the poverty in our system,270 of our leaders who say they represent the people in government share 630 billion cedis as ex-gratia.

And yet,we cannot find any real progress they have brought to our lives whilst they serve us. The people still luck good drinking water, quality education and health care. Our young ones are on the street with no real hope for them.

Our leaders must realize the people are wide awake. We are watching them and they can't fool us. With all these moneys from government side flying around towards some destinations which are not too clear to the ordinary worker, it will be unfortunate to blame the ordinary teacher for a bone left without a meat.

If anyone is calling on us to make some sacrifices for our nation, he must have the moral courage to lead the way.