FOOD INSECURITY IN AFRICA: Can we feed the world? 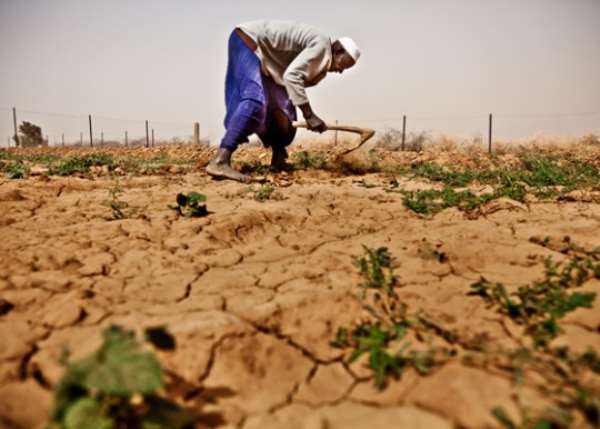 Food insecurity is the measure of the inability to ensure access to essential nutrition. It refers to a household's or country's inability to provide future physical and economic access to sufficient, safe, and nutritious food that fulfills the dietary needs and food preferences of that household for living an active and healthy life. It measures the disruption of critical food supply due to various risk factors including droughts, shipping disruptions, fuel shortages, economic instability, wars, etc.

The World Food Summit of 1996 defined food security as existing “when all people, at all times, have physical and economic access to sufficient, safe and nutritious food that meets their dietary needs and food preferences for an active and healthy life.”

Food security encompasses a wide array of activities such as food availability, food access, and food use. Food availability is having available sufficient quantities of food on a consistent basis. Food access is having sufficient resources, both economic and physical, to obtain appropriate foods for a nutritious diet. Food use is the appropriate use based on knowledge of basic nutrition and care, as well as adequate water and sanitation. Absence of these is what is termed as food insecurity.

The number of people without enough food to eat on a regular basis remains stubbornly high, at over 800 million, and is not falling significantly. Over 60% of the world's undernourished people live in Asia, and a quarter in Africa. The proportion of people who are hungry, however, is greater in Africa (33%) than Asia (16%). The latest FAO figures indicate that there are 22 countries, 16 of which are in Africa, in which the undernourishment prevalence rate is over 35%. Africa's food security and nutrition situation is growing worse. Africa has been experiencing several episodes of acute food insecurity causing an immense loss of life and livelihoods over the past decades.

The food security outlook in Africa is worrisome, as Africa's population is expected to increase from 1.01 billion in 2009 to 2 billion in 2050 if current demographic conditions remain constant. Much of this growth will be concentrated in sub-Saharan Africa (SSA), where annual population growth rates are expected to range from between 1.6% to slightly more than 2.4% between 2010 and 2050. How will Africa be able to cope with its food security challenge? How can we feed ourselves and the rest of the world? Lets' not forget that Africa is the most endowed arable and rich land in the world. But the question still remains, why in this state?

CAUSES
The causes of food insecurity and malnutrition in Africa are diverse, multi-factorial and interlinked. Poverty and food shortage are the main catalysts of food insecurity in Africa. Despite the rapid economic growth rate in SSA over the past decade, there is historical evidence that this has not been converted into poverty reduction as effectively as in other developing regions, like East Asia and the Pacific. Poverty constrains the ability of farming households to invest in productive assets and agricultural technologies, resulting in insufficient agricultural productivity. In addition, African importers are unable to profitably bring in the food needed to make up national food deficits, simply because poverty is so great that insufficient demand is expressed through the market system.

Violent conflicts have thwarted all efforts to establish food and nutrition security in Central and East Africa. Violent conflicts, as well as ethnic unrest involving fights over water and grazing resources, the stealing livestock and quarrels over border lines, have contributed to the displacement of people, disruption of transportation and market transactions and subsequently, lack of access to food.

Over the past 30 years, Africa has become subject to erratic weather patterns and is often plagued by prolonged droughts followed by floods. These natural shocks trigger adverse consequences, including widespread food insecurity. Sub-Saharan Africa is the second-most severely affected region for climatological disasters among the developing regions of the world. This is because the temperatures are generally already high, and most of the region's inhabitants depend on rain fed agriculture for their livelihoods. Only 4% of cropland in SSA is irrigated, compared with a global level of almost 20%. Furthermore, the rural farming populations are the most affected because of their extremely low adaptive capacity, which is linked to acute poverty levels.

It is believed that prolonged drought experienced in certain regions of the continent frustrated the expected reduction in poverty and food insecurity, despite the economic growth experienced across the continent over the last decade. Drought related acute food shortage in the Sahel region of West Africa and the Horn of Africa have resulted in the deaths of tens of thousands of people, while about 18.7 million and 11.7 million people respectively are in need of emergency assistance.

The global rise in food prices further compounds these crises. Food crop production is not increasing at a rate necessary to meet population growth, currently averaging 2.4% annually across Africa. Therefore, it is expected that food scarcity will drive up food prices in certain regions of the continent.

EFFECTS
Food insecurity and malnutrition give rise to many consequences for health and development, with mothers and children most vulnerable to the devastating effects. Malnourished mothers are at a greater risk of dying at childbirth and of delivering low-birth-weight babies who fail to survive infancy. Undernourished babies who make it through infancy often suffer stunting that cripples and shortens their lives.

Malnutrition is a direct effect of food insecurity. Malnutrition is the underlying cause of death of more than 2.6 million children each year, a third of under-five deaths, and a third of total child deaths worldwide. It is a silent killer that is under-reported, under-addressed and consequently under-prioritized. The United Nations Standing Committee on Nutrition (SCN) 5th report describes malnutrition as the largest single contributor to disease, taking a particularly severe toll on preschool children. One in three developing country preschoolers – 178 million children under the age of five – suffers from stunting as a result of chronic malnutrition. Eighty percent of these children live in just 20 countries in Africa and the Asia Pacific region.

The absolute number of stunted pre-school children has actually increased by more than 14.5 million, to 60 million, between 1990 and 2010 - projected to reach 64.2 million in 2020. Ethiopia, Nigeria and the Democratic Republic of the Congo account for 40% of all the stunted preschoolers in Africa; hence, any effort to reduce the level of chronic malnutrition on the continent. The July 2012 executive brief of the Food and Agriculture Organization of the United Nations (FAO) on the acute food crises in the Sahel region of West Africa, estimated that about 1 million children under the age of five are at risk of severe acute malnutrition.

Poor nutrition leads to iron deficiency. Iron deficiency contributes to the deaths of young women during pregnancy and childbirth and is a leading cause of anaemia. Sub-Saharan Africa has the highest prevalence of anaemia among preschool-age children and both pregnant and non-pregnant women. African countries have among the highest risk of iron deficiency in the world.

SOLUTIONS
The first attempt to address the problem of food insecurity through more than just food aid in SSA was through the 'Freedom from Hunger Campaign', initiated by the FAO and other development agencies. The campaign sought to involve developing countries in analyzing the causes of food crises and malnutrition, and to find sustainable solutions.

Early attempts by African Governments to tackle the food security situation on the continent, such as the Lagos Plan of Action (1980-1985) and Regional Food Plan for Africa (1978-1990), also failed due to organisational and financial difficulties. However, with the dawn of the new millennium, many African Governments must commit to increasing public spending on agriculture through investment.

There must be a conscious effort to facilitate market access in Africa. There is the need to remove the barriers to trade. The focus by most African governments should be to open up markets in the hope that their people will benefit. Study shows that the projected gains of world trade liberalization tend to be minimal in Sub-Saharan Africa and that the income gains from trade liberalization will go to countries with a competitive advantage in the markets concerned. Perhaps it is time that Africans produced for Africans both within the continent and Diasporas, increased their south to south trading, and consolidate their efforts on their comparative advantage for mutual benefit. We would have more control of the market if we act as one.

Governments must provide room for rural off- farm opportunities. This will provide opportunities for both the landless rural poor and the group of non-adopters that fall out of business when the agricultural sector becomes more efficient. In addition, provision of off- farm opportunities will curb rural to urban migration and possibly induce some urban to rural migration. It would reduce the number of non-motivated farmers who took up farming just because they had no other options, thus paving the way for more efficient farming. Some of the opportunities that African countries can look into include cottage industries that process food crops by value addition and/or enhancing shelf life through preservation techniques; production of small scale processing machinery; provision of credit; contract processing facilities; and market facilitation. Specific activities may include the production of items with enhanced shelf life that would allow for marketing in distant markets. These products may range from dairy products such as butter, cheese to pre-processed and packaged cut vegetables such as carrots and shelled garden peas for the urban population; to dried fruits and vegetables. More sophisticated, yet relatively technically easy to produce products, such as starch and vegetable oils, may also be produced. For this to be achievable there is need for collaboration amongst the multi- stakeholders.

Africa should focus on education, research and development (R&D), access to capital and infrastructure development. Measures to facilitate free primary education throughout Africa are urgently required. Education not only endows one with the power to read and hence be informed, but it also allows one to communicate. As an intervention to food security, education must go beyond the level of reading and writing to that of transfer of knowledge. To be useful, information transfer should be two-way. The poor have an idea of what would work for them and what they need. Since they are supposed to be the primary beneficiaries of food security related policies, it would be prudent to at least listen to them. In addition, education will open avenues to off-farm employment.

Africa should be able to feed itself and the rest of the world. That has to be the aspiration and objective of Africa; as our ability to provide adequate and nutritious food to the people on the continent is a sure way of attaining economic growth and transformation.