The President Is Sueable And Not Insulated 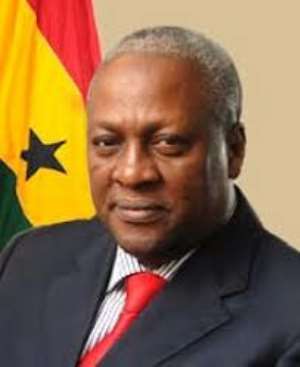 The 2012 elections have brought in its trail a significant development which needs the Supreme Court's attention. The disputed presidential election has generated so much talk and discussions, with some suggesting that the President cannot be sued as been pursued by the NPP.

The two (2) most important Articles of the Constitution with regards to the presidential election that I will dwell on for the purposes of this write-up are 'Articles 2 and 57' and their provisions.

Although, 'article 57(5) states that the President is not subject to any civil or criminal proceedings in court whilst in office as President. However, the much talked about article 57 has an operative that makes it possible to make a President conform to certain situations.

The operative “without prejudice” of 57(4) in relation to the provisions of 'article 2'of the Constitution, and subject to the operation of a sanction writ, the President can be sued as in the present circumstance.

The framers of the Constitution in their wisdom inserted the operative “without” in article 57(4) so that it could serve as a check against any aberration to Constitution.

The inclusion of the term 'without prejudice' in a judgment of dismissal ordinarily indicates the absence of a decision on the merits and leaves the parties free to litigate the matter in a subsequent action, as though the dismissed action had not been started. Therefore, a dismissal without prejudice makes it unnecessary for the court in which the subsequent action is brought to determine whether that action is based on the same cause as the original action, or whether the identical parties are involved in the two actions.

The purpose and effect of the words 'without prejudice' in a judgment, order, or decree dismissing a suit are to prohibit the defendant from using the doctrine of Res Judicata in any later action by the same plaintiff on the subject matter. The doctrine of res judicata (from the Latin, "a thing decided") is based on the importance of finality in the law. If a court decides a case, the subject of that case is firmly and finally decided between the persons involved in the suit, so no new lawsuit on the same subject may be brought by the persons involved.

It so means that though the Constitution offer a form relief for the Presidency and its occupant under article 57(5), article 57(4) also makes it clear that notwithstanding 57(5), the overriding consequences to 57(5) stems from the provisions of 'article 2'. Therefore, the words 'without prejudice' protect the plaintiff from a defendant's res judicata defense in our case article 57(5).

A court may also enter judgment “with prejudice”, however. This signifies that the court has made adjudication on the merits of the case and a final disposition, barring the plaintiff from bringing a new lawsuit based on the same subject.

In the case in point had the Constitution stated that “with prejudice”, then a finality would have been pronounced and it would have signified that it is impossible to bring any form of lawsuit against the occupant of the Presidency while in office.

If a new lawsuit is brought, a defendant can properly invoke res judicata as a defense, because a court will not re-litigate a matter that has been fully heard before. Often a court will enter a judgment 'with prejudice' if the plaintiff has shown bad faith, misled the court, or persisted in filing frivolous lawsuits.

What many have overlooked, even some legal minds, the very import of “Article 2” with its provisions, that grants and authorize the Supreme Court to interpret the laws, rules and regulations, and orders in situations and circumstances as we have presently.

The argument that the President is insulated from court proceedings is absolutely a matter of legal interpretation, and lacking in substance and merit with reference to all the rules and regulations that the Constitution subscribes to.

Supreme Court Rule 68 (CI 16) of 1996 makes provision for commencing an election petition with regards to the presidential election. The Constitution also provides that the validity of the election of the President may be challenged under article 64(1). Therefore understanding the Constitutional provisions, rules and regulation are very paramount and necessary.

The argument by John Ndebugri lacks legal clarity, in that, the EC was the Returning Officer for the presidential election, whilst John Mahama is the beneficiary of, from the activities of the Returning Officer, so, like in any competition which is superintended by a referee or an umpire, in challenging the outcome of results, both the beneficiary and the person who superintends are subject of the challenge.

A football contest is a good example. In a football contest, when a team petitions against perceived bad officiating, resulting in a defeat and its petition is upheld; both the Referee and the beneficiary Team are sanctioned.

John Mahama is the beneficiary and not the EC; therefore both John Mahama and the EC are complicit of a perceived bad officiating. What was the motivation for the EC to travel on the path he is accused to have traveled? There might be a remote cause and it is the cause the NPP seeks to unravel.

What is also interesting are the arguments put forward by those sympathetic to the NDC, that, the NPP initially put out different figures in the public domain, so, the Supreme Court will question the inconsistencies?

Those arguing from this angle are very naïve of the law. The Courts do not operate; I say do not operate on public opinions and perceptions.

The Courts operates on the substance of a case and facts presented, and facts before the Court.

Other sympathizers are complaining that the NPP wants to portray John Mahama as being complicit still does not recognize the import of the legal issues present in the rules and regulations governs presidential election.

Almost every contributor's attention is focused on “Article 57(5). On the other hand the most relevant operative is 'without prejudice' of 'Article 57(4) operating in concert with “Article 2” and its provisions.

The NDC and its apparatchik as usual are doing what it does best, propaganda. What we must all understand, the Constitution is greater than the President. President is not above the Constitution.

The big question being asked, is the President “Sueable”? The answer is definitely, yes!

The President is “sueable and not insulated”.
The presidential election operatives are more distinct and comprehensive, therefore those seeking to comment must read wide and not to be limited in scope.