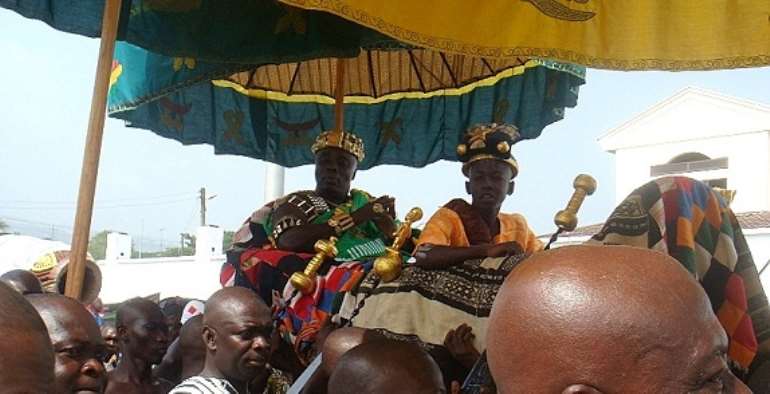 In the traditional society of Ghana even before events of colonisation and subsequent independence of the country, traditional rulers in the capacity of kings and chiefs are highly revered and as such very influential on the livelihood of their subjects. Though independence and its constitutional rule sought to reduce the powers of chiefs, some chiefs still wield enormous power and influence in their traditional areas of jurisdiction and even beyond.

This lengthy preamble is to set the tone for the call on highly respectable kings and chiefs such as the Asantehene, the Okyenhene among others to call out against the seeming tribal sentiments, violence, innuendos, hate speech, intemperate language among others that has characterised the ongoing biometric registration exercise. Even though Ghana is touted as a peaceful and stable country, its peace and stability could be easily derailed. It would be an understatement to distance the country from a possible war situation looking at the current happenings in the country. In as much as we would want to view these violent attacks at Odododiodio and elsewhere as pocket ones we should also be mindful of its possible escalation which can easily plunge the whole country into chaos.

It is regrettable that a mere biometric registration exercise, an exercise to compile the bio-data of electorates could raise tension so high to the extent of culminating into violence. Subsequently, the question on the lips of many well meaning Ghanaians is this 'if this is happening with registration exercise then what would happen on the day of actual voting?'. Let us not allow party politics to create divisions in the country to the extent of plunging the country into a war situation, as the 50th independence anniversary slogan espoused clearly; we are one nation one people with one destiny.