When The Moulds, Re-Mould Our Lives 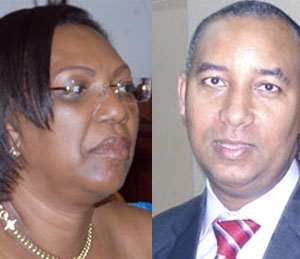 Nations have been built by its people, and nations have been destroyed by its people too. Those whose contributions towards the growth and development of their nations have been immortalized have become sages. Those whose actions and inactions led to the destruction of their nations physically and morally do not attract any nostalgic memories from generations as times go by. The late South African Reggae star, Lucky Dube, said in one of his song 'It takes a million people to build a record reputation, but it takes one stupid fool to destroy everything that has been done'. Today, there are nations which are associated with fraud just because a few of their citizens are known to be fraudulent par excellence, ripping off anyone who comes their way.

The fact also is that while the actions and inactions of these fraudulent and powerful people go to destroy the image of the whole nation, majority of the people in the same nation live very decent lives, sometimes just from hand to mouth. History abounds with people from the same family making massive contributions to their nations in all spheres of human endeavours. The Kennedys in the United States of America will never be forgotten by their compatriots in the USA for their contributions towards the social and political development of that country. The David Trump family, also in the USA, the Wright Brothers and others all over the world have contributed to the development of mankind.

Here in Ghana, the Dan and Kwesi Owusu brothers contributed immensely towards soccer both at the local and national levels in this country. The Laryea brothers, in recent times, have done equally good for this country in the area of soccer. We cannot forget the Ayew family too in this category. John Agyekum Kufuor and his brother Kwame Addo Kufuor served this nation in the best of their abilities and are appreciated by those who directly benefited from their contributions towards this country's development. Indeed, there are so many others in this country and outside of it whose contributions towards their society cannot be forgotten, and they came from the same parentage or family. Such good people leave legacies not only for the general society, but for members of their generations yet unborn as long as they carry the family name.

In the traditional Ghanaian society, one would just be too lucky to have a husband or a wife from that family; it is an honour to be a wife or a husband to any member of that family, even when that individual you are married to stands out and does not match the reputation and image of those who created that image. However, just as Lucky Dube said above, there always those whose actions and inactions negatively impact on the image of their societies and the families they came out of. I am going to be very blunt about some people from the same family whose actions and inactions under Egya Atta's administration have built a very negative image for us as Ghanaians. Sadly, they are very well educated people.

Let me say that when I was growing up, one of my aunties was married to a Mould who was then a railway engineman, as they called them. Well I was too young to have done any serious analysis of him. I have subsequently come to meet a number of Moulds and I have always associated the name with coastal people, wrongly or rightly. Again, it is also a fact that most of the people who come from the same family and have served this nation in various high profile positions have done so to the best of their abilities in a very positive manner.

However, it must be told in no uncertain terms that the emergence of the Moulds, to wit Betty Mould-Iddrisu and her brother Alex Mould, onto the nation's socioeconomic and political arena has been very negative to this nation. The two siblings have 'gargantuanly' engaged themselves in acts which have given this country a bad image. Not too long ago, the National Petroleum Authority (NPA), headed by Mr. Alex Mould, was dragged to court by the young and patriotic Kweku Kwarteng for illegally imposing levies on petroleum products without the authority of the Parliament of the Republic of Ghana. This illegal levies had accrued more than GH¢600,000,000.00 of the tax payers' monies.

The worst of this matter was that the illegal levies so collected did not go to the consolidated accounts for the use of the state. How those funds were utilized, only God knows. The court pronounced that Alex Mould was wrong in the first place when he increased the levies on those products and that he should remove those levies. Secondly, since those levies were illegally collected and it was going to be very difficult for the monies to be returned to the Ghanaian consumers, those monies should be paid into the consolidated fund for the use of the state. Instead of abiding by this simple court order, Alex Mould went to court on appeal, which is his right anyway. The whereabouts of the over GH¢600,000,000.00, only Alex Mould knows.

As the nation moaned and groaned over this daylight robbery perpetuated by Alex Mould and his NPA, came the payment of millions of Ghana cedis and other foreign currencies to individuals and corporate institutions when there were no basis for those payments to be effected in the first place. And the person behind that, another Mould. Mrs. Betty Mould-Iddrisu, an elder sister of Alex Mould who looked into the eyes or better still closed her eyes and ignored the millions of Ghanaians who cannot have access to clean drinking water, poor farmers who have to carry their food stuffs on their heads and travel long distances to the market places because of bad roads, people dying every day in our health facilities because of the absence of very basic health equipment  which could be used to save lives and many more challenges confronting this nation, ordered and pressurized the Minister of Finance to pay those monies to those who did not deserve them.

Last week, as I sat alone in my room and watched the proceedings of the Public Accounts Committee of Parliament, tears started rolling down my eyes, particularly when it came to the payment of â‚¬94million to CP for works not done for this nation. Additionally, even when those monies were being paid, CP owed this nation millions of marks and Ghana cedis by way of unpaid taxes, yet Mrs. Mould entered into a so-called settlement agreement with CP and got those monies paid to them. The document which is supposed to be the negotiated settlement agreement upon which the monies were paid to CP was described by the Head of the Legal Division of the Ministry of Finance as 'a little shoddy'. Yet on the basis of this shoddy document, whether 'gargantuanly' shoddy or little, the state parted with â‚¬94million, an amount which could have conveniently done the Achimota road and many more rural roads.

As I listened to the public servants, including the Director of Budget of the Ministry of Finance who happened to be my senior in secondary school, I wept for this nation and asked myself where our patriotism had gone to. I saw a nation being bled to death by its own sons and daughters, yes sons and daughters who were breastfed, educated and looked after. no matter how badly it was done, they have turned around to milk the nation dry of the little energy available to it such that the unborn generations will be emaciated and die out of poor nutrients and care. Our nation is bleeding, and every new day, new gashes are added to her wounds.

I felt ashamed of myself as a Ghanaian, but my resolve to contribute towards the growth and development of my country in a very positive manner was further strengthened. We need to remind ourselves as a people, wherever we find ourselves, that we have a duty to build a nation whose wealth will be available to all who work hard to contribute to it. Indeed, even those who for natural and social circumstances cannot contribute effectively have a right to the wealth of this country. Those of us who think that it is right to appropriate the nation's resources with crooks of both national and international origins and take our cuts for the comfort of our offspring should remember that those citizens who are denied the basic necessities of life today, as a result of the pillaging by those whose duties are to husband those resources for our collective use, will end up creating insecurity for their offspring since the poor will rise one day and take their share from them through other means.

The Moulds have re-defined our way of life; they have re-moulded our systems for their own good but I hope they do not inflict all of us with their moral turpitude. I weep for Ghana, hihihihiii, oh me man Ghana, eben adze na edi aye hen ma yereye wo dem yi?