Mrs. Ngozie Okonjo-Iweala Is The Problem 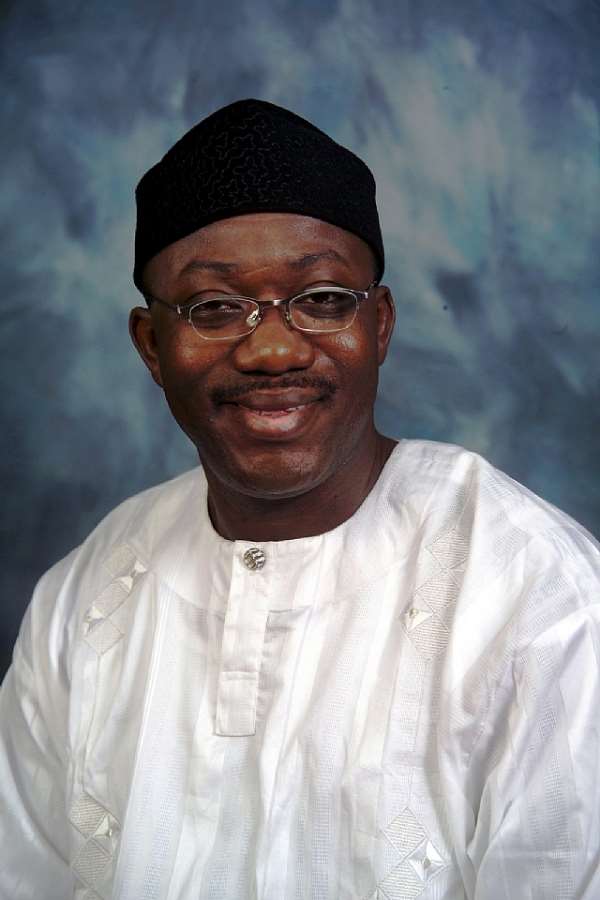 Yesterday (4th of Jan. 2012) during a specially convened meeting of the Federal Executive Council of the Goodluck Jonathan administration Mrs. Ngozie Okonjo-Iweala, my former cabinet colleague and good friend, threatened to resign from her position as Finance Minister and de-facto Prime Minister and go back to the World Bank from whence she came if the President dared to reverse his policy on the removal of the fuel subsidy and if he decided to re-introduce the subsidy once again.

This interesting show of power, display of strength and manifestation of a new-found confidence by Ngozie Okonjo-Iweala came as a consequence of the fact that the lady knew that the Nigerian people were bringing massive pressure upon President Jonathan to reverse that policy and to do so quickly and expeditiously. My advice to President Jonathan is as follows- call the good lady's bluff, reverse the policy, make your peace with the God and the Nigerian people and, if she doesn't resign after that as she has promised to do, then fire her with immediate effect. It was this same display of hubristic arrogance that compelled President Obasanjo to remove Okonjo-Iweala as initially Finance Minister during his tenure and then later on to demote her even further by removing her as the head of the Economic Team in early 2007. It was after that announcement, which the lady only heard about when she was on an official assignment as our Foreign Minister in far away Paris, that compelled her to resign from the government altogether and go back to the World Bank.

She could not bear the prospect of having to sit in an Economic Team meeting in which she did not preside. Such is the manner and peculiar nature of this otherwise delightful lady. My reason for suggesting that President Jonathan should accept her resignation with gladness or to fire her is because, as far as I am concerned, Ngozie Okonjo-Iweala IS the problem. She is the architect of this government's misguided policy on the untimely removal of the fuel subsidy and she is it's chief prophetess and enforcer. All the others in government, including Mr. President himself, are simply her disciples. Yet the truth is that this lady serves the interests of the IMF and the World Bank and the powers that control those two institutions more than she does the interests of the Nigerian people.

That has always been the case but President Obasanjo controlled her with a firm hand when we were in power and he used her to secure a good deal for us on the foreign debt issue because she knew the system. If the World Bank asks her to jump she will ask ''how high''? This is the woman that is virtually our Prime Minister today. No wonder we are in trouble. People like this have very little feeling for the masses and they cannot empathise with their pain. Even the traditional politicians empathise more with the ordinary people because they have to interact with them on a daily basis but these so-called technocrats do not and they do not really care. All they care and think about is the full implementation of the economic prescriptions of the IMF and the World Bank and they don't care how painful and drastic the implementation of those prescriptions is. I have tremendous respect for Ngozie as a person and frankly I happen to actually like her because she is civilised, well-bred, exceptionally intelligent, warm and affable. However we have a completely different world-view. Her world-view is that the ''Third World'' should live at the behest and by the grace of the Bretton Woods monetary institutions and she believes in a fully globalised world where the second slavery (i.e. international debt) holds sway and keeps the poorer nations of the world in their proper place. My view is that nations were not created to be broken down into vassal states which are remote-controlled, punished, enslaved and impoverished by a few greedy international bankers that run the IMF and the World Bank.

I do not trust these foreign international monetary institutions and those that work for them and my vast knowledge of history shows me that wherever they go in the world they only spread misery, poverty, unreasonable conditionalities, debt and wickedness. Their yoke is heavy and they are simply tools of oppression that are firmly in the control of all-mighty America and Western Europe. These are the forces and the people that are causing GEJ to derail. He should stand up to them and he should not give in to their intimidation and threats. He has nothing to fear from them because the western world itself is now going through it's own major financial crisis and it is crumbling. Nigeria is big enough and strong enough to face them down no matter what and chart her own course. What they are using him to do is to impoverish the Nigerian people, weaken them and bring them down to their knees. They did the same in South America through the 80's and the 90's and they are still doing it in Africa.

Even the nation of Ghana, which has a far more stable and prosperous economy than Nigeria today and which has just discovered oil, was forced by this hidden hand that controls their government to remove their own oil subsidy on Christmas day of all days. What a terrible Christmas gift to the Ghanaian people. Since then prices for virtually everything in Ghana has doubled. And we can be rest assured that after the trickledown effect sets in we should expect the same in Nigeria- everything will double or triple in price including food, transport, diesel, kerosene, petrol, commodities, the general cost of living etc. This is unnecessary, unfair, wrong and exceptionally callous.