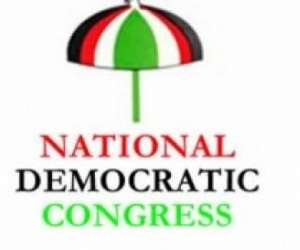 Ho, Dec. 28, GNA - The popularity of the National Democratic Congress (NDC) in the Ho Central Constituency is waning very fast and the party may face difficulties in election2011.

“Our image is so bad that people do not want to hear about us or get near us, even our executives are divided” Mr Seth Adetor, a former Propaganda Secretary of the Party, has said.

He blamed the situation on disunity and emergence of divisions and camps within the Party in the Constituency.

Mr Adetor said this at an end- of-year meeting and luncheon for members of the Party in the Constituency.

He said the Party was not taking advantage of its being in power to attract many more people to its side and predicted that unless petty issues and misunderstandings were resolved and branch and constituency executives sat up the Party would find it tough in the 2012 general elections.

He therefore advised the Constituency Executives to close their ranks and educate the public on the achievements of government especially in rural areas.

Discussions at the meeting focused on disunity in the Party with some agitating for a no-confidence vote in some members of the Constituency executive.