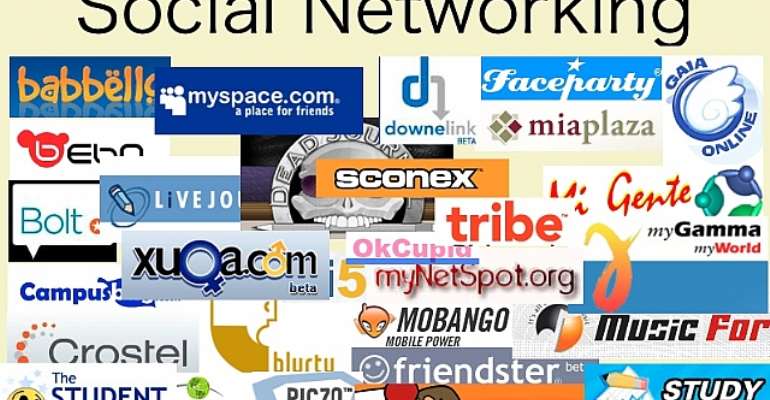 The Canadian Herbert Marshal McLuhan once said, the world has become a global village through technology, and indeed it is here with us today. McLuhan was of the view, “Time has ceased” and “Space has varnished”. In our time, just at the click of a bottom a person can communicate with anybody at any corner in the world. The world has forthrightly emerged as truly a small village among the rest of the planets where everyone almost knows everybody. With the advent of the varied social networking sites, such as Skype, Twitter and the most patronized, Facebook, all these permits the up loading of pictures, one can simply pass that our planet is the most interruptive of all the rest. You will agree with me that the world has become closer than ever before, than can or could have been thought of. Hence, one could imagine what would be made of the world of posterity.

Communication has to do with verbal or non-verbal mediums which are transmitted through message. Message is defined as the content of a communicative act. There are instances where the message is made known while the meaning is concealed; this is referred to as cryptology. The atmosphere of communication can be very interesting when the medium is easy to comprehend but stressful, if not frustrating, when an unfamiliar channel is employed.

Psychology encourages communication, be it free association or a dialogue, which is of the premise that, intra-psychic conflicts can be dealt with through this means. It is a cliché that, problem shared is half solved. Therefore, communicating with one's social convey, which is a bandwagon, some alit while others aboard heals psychologically than we can think of. This is against the back drop that, the extreme of everything becomes an issue for psychology to deal with. In fact, this is when it could be said, it's abnormal. Abnormal does not mean a person has gone nude or dirty and perhaps is eating from the gutters, but the extreme of anything is what a fellow would have to be concerned about.

In abnormal Psychological studies, it is easy to come across the terms defects and disorders. I do not wish to disturb you with these jargons, hence, let's deal with only disorders for now. Disorders fall within the anxiety bracket, which has to do with, phobias and the generalised anxieties. Within the generalised anxieties is the obsessive-compulsive disorder, also referred to as OCD. It is a ritualistic anxiety disorder which a lot of people are affected and undergo different and difficult rituals to stem their anxiety levels. For the reason, the disorder could sometimes be shameful, time consuming and stressful, most often than not, many refuse to discuss.

The social networking sites that have brought millions if not billions together around the world can and could be generating obsessive-compulsive disorder (OCD) among its users. Many might be aware of this problem, but will not know where and who to turn, while others may not have come to the realization that what they are battling with is this disorder. Stressful situations are threatening and create tension, causing many people to feel anxious. In the face of stress such feeling is normal. Anxiety disorders, include a group of disorders in which anxiety is either the main symptom (generalised anxiety and panic disorders) or anxiety is experienced when the individual attempts to control maladaptive behaviours (phobic and obsessive-compulsive disorders).

The online chart sites are in fact becoming or are already interesting or exciting. Unsurprisingly technology has equally made these social networking easy and appealing. Cellular phones (mobile phones), palmtops, laptops, desktop computers and the likes make access quiet flexible. This has pushed many to stick to it in spite of their jobs suffering and relationships being on the verge of breaking or haven broken down. The anxious feeling of losing an electronic friend, thereby been hocked on through the various mediums, both at home and at work is at the extreme of the new found life style. These sites come with the ability to upload personal pictures and it adds to the zest of the present day communication technology.

Obsessive-compulsive disorder compels individuals in this condition to think about what they would rather not think about or perform acts they do not wish to carry out. Most often than not, a person knows there is a meeting to attend, a duty to be performed and perhaps, a spouse to fraternize with, yet you will be feeling the anxiety of losing a social networking friend. Hence, you might fore go all these personal developmental roles or duties and rather network to chart, therefore the belief in the field of Psychology to the effect that, obsessions are persistent intrusion of unwelcome thoughts or images to a person. You may be in the middle of a meeting or dialogue, but will be brooding about who might be online to chart with you. The worse is the thought of an online friend whom you had assured on a previous chart of getting back to in a gaffe, might be waiting. Then know that these are intrusions which are unwelcome and they are impeding your trends

of thought.
The obsessive thoughts may often be linked with compulsive acts. At times, the persistent thought of losing a social networking friend or the feeling of attending to some online friends recurring urges one to perform ritualistic behaviours. But when a person has an obsessive-compulsive disorder, such thoughts and urges, occupy so much time that they seriously interfere with daily life. Have you looked or considered the frequency of hooking on to the various networking sites, and the time you while away? Are the online charting from the desktop computer in the office, to the laptop via wireless modems and the mobile phones delaying your delivery deadlines to organizational duties? That is why it is said, these thoughts and urges are irrational but many feel unable to control them.

Additionally obsessions are persistent intrusions of unwelcome thoughts or images. The consistent thought of losing online contacts, worse of all to have someone around you who are connected to an online friend, increase the frequency of thoughts that are unwelcomed. Thoughts of missing out on an electronic friend begins to interfere many activities, such as conversations, official duties, offering affection to a loved one, brings about the urges to break from such engagements to get online. The mode of the frequency of this behaviour points towards OCD. For the reason, obsessions are persistent intrusions of unwelcome thoughts or images, while compulsions are irresistible urges to carry out certain acts or rituals.

Rituals here refer to acts or behaviour that a person does perform with an appreciable level of anxiety to be relieved of stress. But it is at regular pace with a fixed ratio or interval and as well, it's intrusive.

Though the different social networks provide a medium to communicate aided by technology, but it lacks the physical touch. Person to person or face to face communication is equally important as compared to social networking. In this instance you can touch and be touched, smile and be smiled at. This is a form of healing. There is enough affection hence; too much online chart that lacks the above has its own attendant effects. Have you checked how many within your physical bandwagon that you have lost due to the overly dependence on social networking?

However, Psychology has traced this disorder to the novel title “Macbeth”. It is said, Macbeth had been persuaded to take the life of the king. The murderous Macbeth began feeling stressful. There was the constant feeling that his hands were stained with the blood of the king. Macbeth washed the hand at each thought of this mental image. The persistent thought of the blood stained hands or mental images, and it attendant hand washing interfered with Macbeth's life. People who ever find themselves in this situation are known as “Washers”. It's a stressful situation.

In spite of the above there is a relief mechanism known in Psychology as, systematic desensitisation (Wolpe, 1958). This technique is based on classical conditioning. It is implemented during stressful situations such as anxiety reduction technique. Systematic desensitisation require the outline of anxious moments from high and higher anxious periods to less anxiety state. Then, the list of anxiety from high to less is turned upside down. The procedure will then begin with less anxious period, gradually with systematic sensitized fellow being taken step-by-step to the high anxiety state.

Through the dint of hard work you might have taken care of some disturbing situations in your life, sometimes life threatening, yet you prevailed, either through the support from an external locust (religious assistance or any other means), you are about to help yourself again to eschew this disorder. It is a held belief that, encouraging individuals to utilize their own resources rather than attempting to solve problems for them is paramount in counseling setting.

Let us start with owning the problem or issue of social networking and OCD. A person is able to accept responsibility for the self, problems and lives, when the fellow has understood the issue or issues. Then emerges ownership; this refers to acknowledgement that a problem is affecting a person's way of life, will call on the fellow to decide on what to do. Are you going through the torture of obsessive-compulsive disorder?

Again, there must also be the development of understanding problems and issues. After accepting responsibility for the problem, a person, often develops some understanding, or feelings, thoughts, behaviours and interpersonal effects. This helps people to perceive reality more vividly and gain lots of control over their reactions to an issue. Do you accept there is such a disorder?

When there is ownership of problems or issues, it leads to understanding of such situations, this enables the person to explore to adopt and adapt to new behaviours and actions which would serve as mitigating measures. Insight or understanding of problems is not enough. There is also the need to acquire more effective ways of behaving in the situation, otherwise, people may resort to repeat many of the ineffective behaviour patterns and fail to make any real progress towards the resolution of their problems.

Despite the difficulty in trying to help yourself out of this state, you can seek for help from varied quarters of Psychologist in hospitals near you. Do a soul search to determine whether you are free from this disorder before employing the defense mechanism of denial.

It's delicate let's try to do away with it.