RAWLINGS DOES NOT OWN NDC AND GHANA 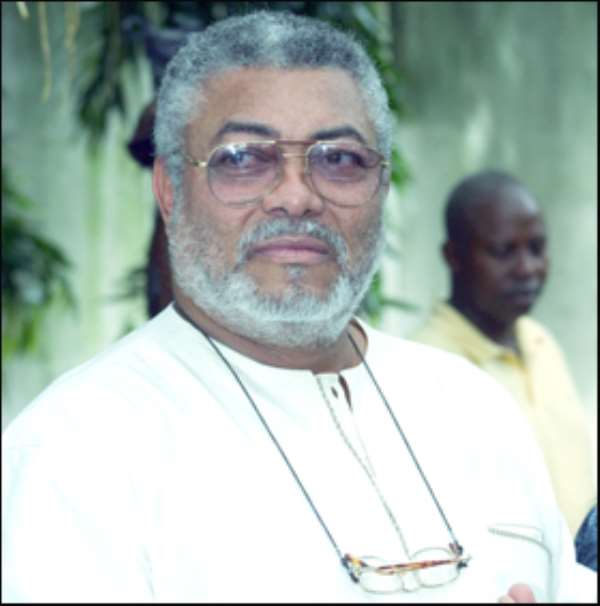 Political parties should not revolve around any one person, irrespective of who founded it. The party and its structures must be bigger than any individual. The NDC almost committed suicide by revolving around Rawlings and his wife. This is very unhealthy for any organization. Luckily, the NPP has been spurred this “organizational curse.” In Libya, even though there is no political party, the governing structures revolve around Colonel Khadafi and his sons, hence the inevitable political upheaval we are witnessing. In Ivory Coast, Dominique Ouya, a political analyst, asserts that “Gbagbo is a party idol, to touch him means committing hara-kari (suicide).” In his selfish stand for Gbabo to go the whole of Ivory Coast must be destroyed. Such leaders become so selfish that they become irrational. Such political stance refuses to look at the greater good of the party and that of the country it governs. If this is allowed to happen, the party descends into idol worshiping, and that is what almost happened to the NDC prior to the congress.

This is the reason Rawlings feels he can get up and criticize a sitting president at will. Nevertheless, when he Rawlings was president, it was not the case and could not be the case - “you criticize, you vanish”. Why do we see ex-president Rawlings at international meetings of sitting presidents where he was not delegated? Is it because, he feels the government in power is run by a party he alone founded, and, therefore, can show up at international meetings (Equatorial Guinea)of sitting presidents, even though he is an ex-president and was not invited and has no official duty of being there? When the ownership of a political party becomes a “sole proprietorship' it loses focus as a political party and fails to look beyond the personal interests of the founder instead of focusing on the greater good of the party and the country it governs. If during the almost 20 years, of Rawlings, he had been able to do all the things he complains about today, he would not be complaining today. He is complaining today, because he failed, as a president, to provide the necessary economic and physical infrastructures to make life meaningful for the Ghanaian on the street. Rawlings never took care of the youth of Ghana, yet he accuses Mills of neglecting them. If Rawlings did, the youth would not be jobless en mass today. Rawlings used the youth for his own political means. Yes, it is easier to blame others than oneself. He should remember, you cannot rule a country just by rhetoric and shouting. NDC must understand this and make the party strong by making sure the party is stronger than any individual, be it Rawlings or his wife. Rawlings and a few individuals are erroneously beginning to think that NDC is the personal property of Rawlings – it is not and must not be. Rawlings is not indispensable, so if he does not shape up he must be left to rot in oblivion.