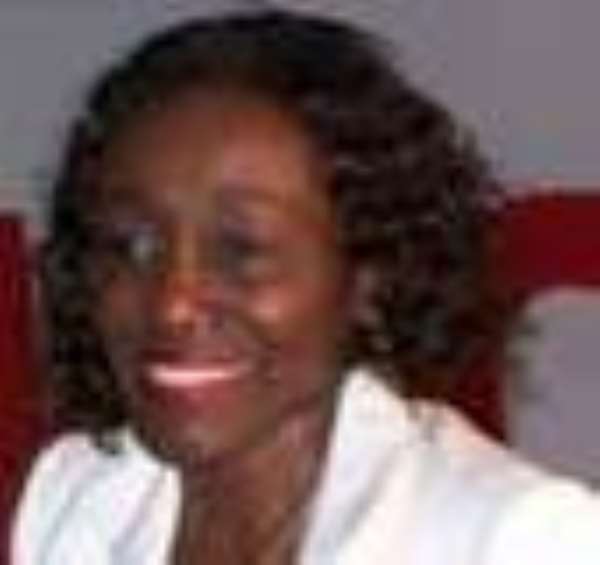 The Battle lines are drawn and the National Democratic Congress is swiftly and hurriedly heading into political abyss. Events that have been unfolding within the party since forming the government about two and half years ago clearly show that the party is on the verge of a catastrophic calamitous destruction. They have succeeded in carving an unenviable reputation for themselves—a party that is unrivalled in terms of pettiness and indiscipline.

Is it not strange that a party in government, instead of working assiduously to better the lot of the citizenry has busied itself in fighting over the scanty resources that belong to all of us? The government has decidedly chosen not to live the mandate bestowed on it by the electorate to transform the fortunes of the economy; but has instead been engaging in misdirecting their efforts and energies in petty squabbles and fighting over contracts without adhering to financial regulation procedures such as the procurement act. Not too long ago, we heard the fight over the award of contracts between Ama Benyiwa-Doe—the central regional minister—who before the government attained the governance of the country incessantly accused the prior government of corruption and Mr. Allotey Jacobs—a staunch activist of the party. The insults they threw at each other on radio were embarrassing to say the least.

For my money, the business of the NDC has not been to rule, but to reward themselves with our scarce resources. They promised the electorates heaven, but hell has been their reward; they promised to soothe the pains and sufferings of the masses, but we have been experiencing excruciating and untold economic hardships. The government has lost touch with the people, and does not deserve to even think of seeking another mandate. They came; they saw, but have been overwhelmed by the task that was assigned to them. I am sure they have now understood the difference between propaganda and governance. Propaganda is done by novices; and governance by experts.

What pains my heart and grieves my soul is the penchant of the government in shifting their failures, inabilities, and ineptitude to the former government by constantly making references to the daunting nature of the task that they inherited. Who told them that governance is a cakewalk? Governance is not grumbling, neither is it propaganda; it is a hard work that demands careful thought, planning, and execution (action).

After being at the helm for over 2 years, president Mills has very little to show in terms of expanding the economy and improving the wellbeing of the folks, but more to show in the areas of bad governance, indiscipline, inability to handle internal party issues, unbridled resource grabbing, just to mention but a few. When allegations are doing the rounds that some ministers and officials of this government have built mansions and amassed cosmic wealth just within two years of being in government, then we are seriously in a big mess. Instead of the president investigating these allegations, he has pushed them under the carpet.

This scenario is quite paradoxical, especially when we are being told repeatedly that the president is an “angel.” The president preaches transparency, appears to eschew corruption, but deliberately turns a blind eye to these damning allegations. Allegations are not enough to prosecute, I concede; but more than enough to warrant investigation. I don't like it when the president preaches holiness, but fails to act holily. He should walk the walk, as he talks the talk.

Let us even forget about the team Bs and greedy bastards' comments made by Ekow Spio Garbrah and President Rawlings respectfully regarding the character and conduct of their own party members in government. In the Daily Graphic of April 12th, 2011, Ekow Spio Garbrah said among other things that President Mills does not need two terms to deliver. “Speaking on joy FM's super morning show, Mr. Spio-Garbrah said the view that every president must necessarily serve two four-year terms to be successful was a myth. The former communications minister advised the president to look into the mirror and decide whether it was in his interest to seek re-election” (page, 12). Continuing, “he asserted that some people in government and others whose survival depended largely on the president remaining in office—may in an effort to protect their interest and keep the taps from which resources and government largesse flow, pressurize the president to context the elections……….”

By these statements, Ekow Spio-Garbrah—a first vice president of the party is accusing the president and his government as failures, or to put it mildly, a bunch of inexperienced good people. A renowned professor at the University of Ghana puts it this way, “ordinary people in extraordinary positions.” Most of the deputy ministers are only experts in throwing insults at their opponents and hardworking workers who legitimately ask for a betterment of their living conditions.

The declaration of intent by Nana Konadu Agyemang Rawlings, and her subsequent admission via her spokesman—Kofi Adams on peace Fm on Friday that she is picking up her nomination form on Tuesday, the 3rd of May, 2011 is an indictment on the performance and competence of the NDC government. For a president to be challenged two years within his mandate is worrisome; and even worse, questions his ability and competence as well as those of his team.

The consequences of Konadu challenging president Mills for the standard-bearer of their party are no joke; in fact they are dire. Regardless of the direction the contest takes, history has already been made in the annals of our politics. Nana Konadu has given her verdict on the performance of the Mills' administration; we are only waiting for that of the delegates to be declared during their congress slated from 8th to 10th July, 2011.

Although there is no denying the fact that the president has an edge over her opponent (has been touring and campaigning for the past several weeks), the fact is that the president is losing it; he is failing the electorates. Of course, the disorientation, disorganization, disenchantment, and disintegration in the National Democratic Congress will surely inure to the benefit of the opposition parties, particularly the New Patriotic Party. God bless Ghana!!