The Killings in The North, The Facts And The Slippery Slope 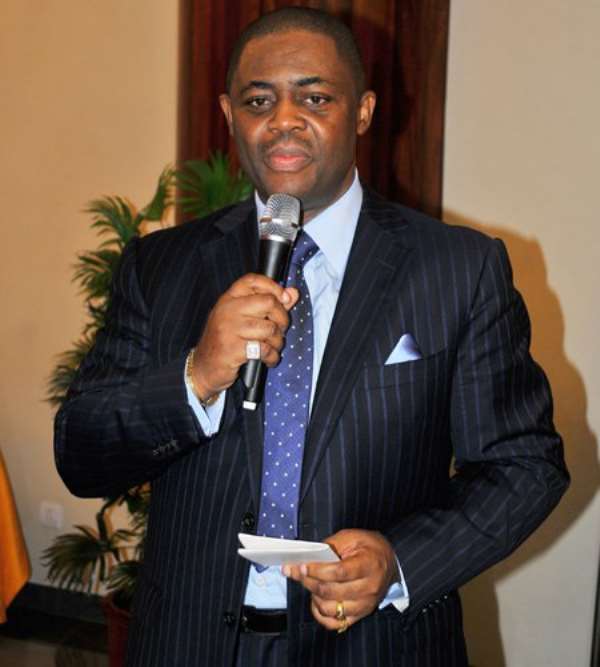 As regards the unfortunate and sad events that took place in the core north immediately after the just concluded presidential elections, during the course of my research and consultations with various groups and stakeholders in the last few days, I have established the following facts which I would humbly like to share with you:


a) That General Muhammadu Buhari, the CPC flagbearer was deeply pained and actually wept as the massacres were going on and he tried his best to stop them. b) That even a convoy of his own vehicles was attacked during the riots. c) That even though the rioters, murderers and arsonists were championing his cause, carrying his posters and calling his name, once the barbarism and pogroms actually started he had absolutely no control over it or any way of stopping it. d) That by the time the spirit of genocide and mass murder had been invoked and the genie was let out of the bottle, it could not be appeased or put back in by anyone until much blood had been shed and many lives had been lost. e) That the end result was that, according to the BBC (and we all know that the actual figure was far higher than this) well over 500 people were hacked to pieces and slaughtered within 24 hours after the pogroms started.


(f) That this level and speed of carnage and barbarity is unprecedented in our history and that every right-thinking person, whether northerner or southerner or whether Christian or Muslim, should wholeheartedly condemn it. g) That President Ibrahim Babangida, former Vice-President Abubakar Atiku, General Aliyu Gusau and Alhaji Adamu Ciroma had absolutely nothing to do with the killings and neither did they at any time call for it or encourage it. h) That as a matter of fact they did everything in their power to stop the carnage once it started and that this was particularly so in the case of Babangida who worked extremely hard behind the scenes to establish the peace, to calm frayed nerves and to call people to order.

(i) That these killings were spontaneous and uncoordinated and the primary target of the perpetrators were the core Northern elites and traditional rulers who the masses and almajaris (rightly or wrongly) honestly believed had rigged the election and had ''sold out'' to the PDP. j) That the perception amongst most southerners (and I was as guilty of this as anyone else) that only Christians, middle-belters and southerners were targeted for death during those riots is completely wrong. k) That many northern Muslims who were accused of being collaborators, traitors and blacklegs for supporting President Goodluck Jonathan were also targeted by the mob, were also killed and also had their homes and palaces burnt. l) That many Hausa-Fulani Muslims were also slaughtered in southern Zaria, Kafanchan, Kagoro and other parts of southern Kaduna by members of the northern Christian minority groups that reside there who are mainly PDP supporters and that that same group of northern Christians even targetted and killed many igbo traders and burnt down the market in Kafanchan simply because they believed that such traders were CPC sympathisers. m) That what is happening in the core muslim north is essentially a class war and most of those that support Buhari are working class muslim northerners who have lost faith in their own local northern leaders and elites.

(n.) That sadly the southerners and northern christians that were killed, including the heroic youth corpers, were innocent victims of a rabid mob who had lost all sense of reason and who were prepared to inflict collateral damage against anything and anyone that appeared to be different to them or that did not share their faith, their ethnicity or their political views. Consequently every non-Muslim and every southerner became a supposedly ''legitimate'' target for these deranged and satanised individuals. o) That no-one was in a position to halt the rioting and killing once it started because there was no co-ordinated chain of command. It was essentially mob action and the beginning and first pangs of a northern revolution. p) That there are forces and armed militia groups in the Niger-Delta area who are preparing to eliminate and destroy the leaders of any ethnic group that they perceive as being hostile or opposed to the Jonathan's government and who have a deep-seated hatred for northern Muslims.

(q) That the ethnic militias in the south-west are now more active and restive than ever, have cultivated an alliance of sorts with the Niger-Delta militias and are being stirred up and prepared for a possible war with the north. r) That the Nigerian people are more polarised along ethnic, regional and religious lines than ever before. s) That the core Muslim north, for the first time in our history, is feeling isolated, alienated, cornered and absolutely terrified about its future and role in the newly emerging Nigeria and that they are falling back on their Islamic religion and faith as a rallying point for their own quest for self-preservation, national identity and self-defence. t) That any conflict that may emerge in this scenario will be seen by the working class core northern Muslims as a war against Islam and they will fight it to the end. u) That more and more working class core northern Muslims are openly speaking of a break-up of Nigeria and that they cannot be expected to continue to stay in a country in which they appear to be hated by everyone else.

(v) That the wisest, best and smartest thing to do in this ugly and unfolding scenario is to pray very hard and to ensure that we reach out to one another and build bridges across religious lines and the ethnic divide. w) That we are sitting on a keg of gunpowder and the onus lies on the President to hold this country together, to be magnamonious in victory and to stamp out and crush those that openly advocate ethnic or religious cleansing on both sides of the divide. x) That it would be a great danger to our national cohesion if the people of the core north perceive and honestly believe that the Niger-Delta militants are being tolerated, encouraged or even sponsored by the Federal Government.

(y) That once that happens they will have no choice but to begin to organise to protect themselves and their own people and that will be the beginning of an ugly descent on a slippery slope to all out war and ethnic, religious and fratricidal butchery. z) That perhaps the greatest danger of all to our continued unity as a nation is if the ugly events that occurred in the core north after the Presidential elections should, for any reason whatsoever, ever happen again in this country. z1) That if such a thing were to ever happen again that the likelihood is that there would be terrible consequences because some parts of the south would unleash a terrible wave of reprisal mass killings on innocent northerners that reside there. This must be avoided at all costs. z2) That in the interest of justice and lasting peace there must be a formal and thorough investigation into the terrible events that took place in the north after the Presidential elections and that all those that are found culpable of having had a hand in the killings should be brought to justice. These are my findings. May God bless and protect Nigeria.