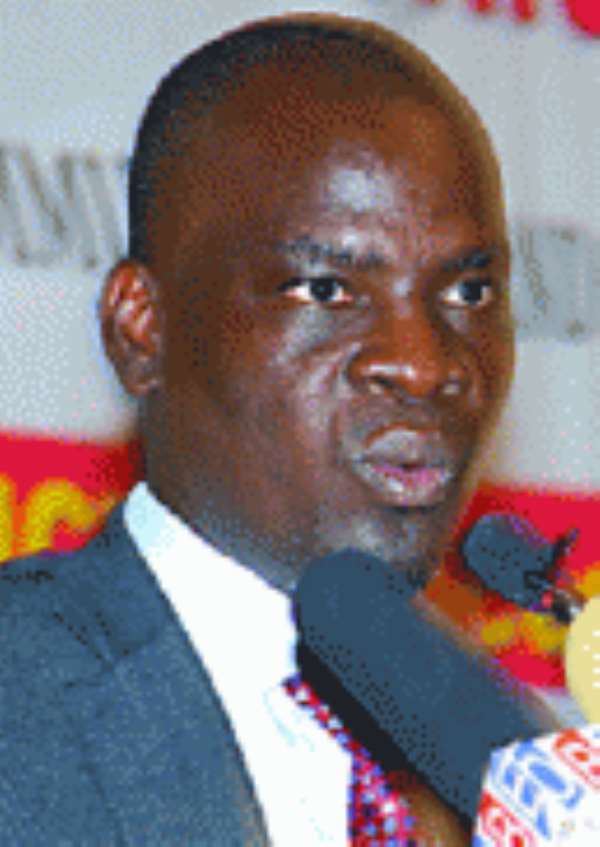 The , has stated that with the regulatory and legal framework properly set, the focus of the ministry this year would be to ensure the use of e-applications to enhance all facets of business transactions in the country.

He mentioned, for instance, the use of e-forms which will enhance businesses as Ghanaians would have the opportunity to easily apply for passports, driver’s licenses, undertake their births and death registration and company registration, among many others, via the Internet.

The Communications Minister said this to the Daily Graphic in response to how the ministry was going to help in making the year an “Action Year,” as declared by the President.

An e-form (electronic form) is a computer programme version of a paper form. Aside eliminating the cost of printing, storing, distributing pre-printed forms, and the wastage of obsolete forms, e-forms can be filled out faster because the programming associated with them can automatically format, calculate, look up, and validate information for the user.

With digital signatures and routing via e-mail, approval cycle times can be significantly reduced. With electronic submission of completed forms, the cost of rekeying data and the associated errors can be eliminated.

Compared to paper forms, e-forms allow more focus on the business process or underlying problem for which they are designed (for example, expense reporting, purchasing, or time reporting).

They can understand the roles and responsibilities of the different participants in the process and, in turn, automate routing and much of the decision making necessary to process the form.

Mr Iddrisu said the telecommunications companies had invested huge sums of money to deploy the needed infrastructure country-wide in readiness for a major take-off and on the part of the government, the e-governance project will also serve as a buck-up.

He said there is a pilot data centre established while the construction of national data centre, an intelligence building, is also underway to facilitate the use of e-applications in the country.

“We have set the base and it is now they time to make Ghanaians and others alike to feel the work we have done in the past,” he said.

Mr Iddrisu paid tribute to all players in the telecommunications sector in Ghana and pledged the government’s continuous support to make their businesses strive even better in the coming years.

The Communications Minister also hinted that the ministry would closely monitor the production of re-charge cards in the country.

Last year, the government directed the telecommunications companies in the country to seed a greater part of the contracts for the production of re-charge cards outside the country to local printing companies.

The move was intended to offer more job opportunities to the people as the local printing firms would engage more hands to assist in that direction.

Mr Iddrisu would not tell whether the operators adhered to the directive in full last year but noted that “this year being a year of action, we will make sure they do as directed because it will be in the interest of all.”

He said the government would also see to the deployment of Worldwide Interoperability for Microwave Access (WiMAX) to improve data and content.

WiMAX is a telecommunications protocol that provides fixed and fully mobile Internet access.

It is a technology that uses fixed, local radio cells to provide high-speed Internet access via the air interface.