HOW STABLE ARE LIBERIAN OPPOSITIONS? 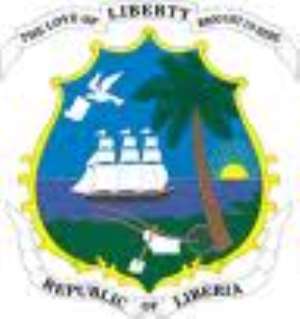 HOW STABLE ARE LIBERIAN OPPOSITIONS?
Joe Noutuoa Wandah
Politic in its practices, especially in Africa is ninety percents interest based from the governance or opposition parties and as such the actual beauty of the profession is yet to be felt on the Continent which Liberia is of no exception.

The Liberian political playing field has and continues to experience it's up and down with the practitioners from the opposition not been stable in their quest to constructively keep ruling government on her toes or in other word check mating their activities when it comes to the well being of the poor masses.

At the first branch of the Liberian government which is known as the Legislative branch is the clearer case in point that worth discussing giving the realities that from the setting of the 52nd Legislature the august was dominated with more sits from the various opposition parties. As the year slowly pass the vocal members of these parties went silence for what they referred to as seeing the lights thus making them to crossed carpet to the ruling party!

As I religiously follow the Liberian politic my understanding of those who professed to be in the vanguard of championing the cause of the masses from their days in the opposition to the time the masses trusted them with state power they were never prepare to live up to the task even in presence day Liberia!

Studies have shown that due to the opposition turn ruling party non prepairiness in meeting up to the expectation of the masses that entrust them with their mandate!

In recent passed, one of the major opposition party Congress of Democratic Change with candidate George Mannah Weah that went neck to neck to the then candidate Ellen SIrleaf of the Unity party top gun has been resigning with about nine months to the Presidential and legislative elections for reason Liberian can't understand though those tendering in their resignations laid blame on hooligans within their circle.

Now with less then a year to the elections, and Liberians looking forward to a formidable force to go into this competitive elections the Congress of democratic change that considered herself the strongest opposition party with grassroots' supports is yet to show sign of leading those in the opposition into the direction that might show taking power from the incumbent as with the case in every pending elections!

Unconfirmed, but reliable information had it that there are underlining tune leading to the mass resignations from the supposedly opposition CDC after money changes hands and the interest of the givers didn't succeed in their bid to join forces in presenting a single ticket for the pending elections!

The American, European and the rest of the civilised world that Africa try to emulate their democratic examples indeed give way for a formidable opposition that will keep the ruling party on their toes in making sure they make good their promises to the masses that trusted them with their mandate! This in actual sense show the beauty of democracy with issues taking

pre-eminent in all of the discussion the table come what made!

The case is the difference in post-war Liberia where it has been clearly seem that politicians only join the opposition to get their selfish aims accomplished and they turn to the ruling party in showering praises on the ruling party as has been the case in point in the Liberian body politic.

Liberian are yet to see the actual politicians since the pending elections is a crucial one after Liberia return to the committee of nations as the previous elections was marked with lots of compromises in most of the constitutional provisions!

The question that continue to linger in the minds of many Liberians is “How Stable Are Liberian Politicians” ?