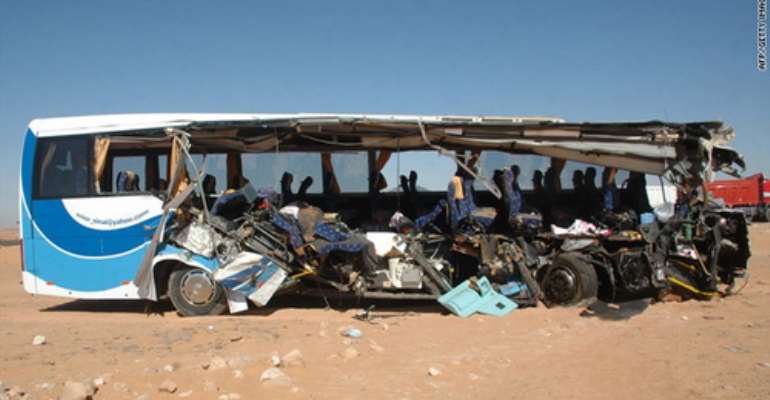 An additional 19 American tourists and two Egyptians -- the bus driver and a tour guide -- were injured.

A total of 116 American tourists were traveling in three tour buses. The Interior Ministry said the middle bus -- carrying 37 of the tourists -- crashed into a parked dump truck loaded with sand.

Aswan is one of Egypt's popular tourist sites and is about 1,000 kilometers (600 miles) from Cairo.

The U.S. Embassy in Cairo issued a statement Sunday saying it was "deeply saddened" by the accident.

"The embassy has confirmed that the injured are being moved by military transport to Cairo, and has mobilized staff to identify and to assist those Americans involved," the statement said. "Consular services will be provided to assist any American citizens who have been affected and their families, in coordination with the Egyptian government."