The Sad Story of Issa Mohammed 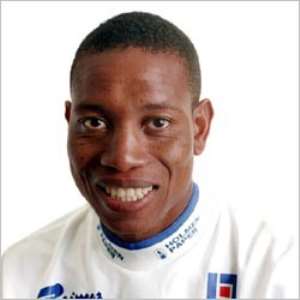 Issa Mohammed was unfairly forced to leave his Swedish club IFK Norrkoping. This is the story. Ex-Norrkoping coach Bengt-Arne Stromberg - who arrived during the close 2001 season - expected big things from the player he signed, on loan, from Sekondi Hasaacas Football Club. Norrkoping only preserved their Allsvenskan status in 2001 thanks to a relegation play-off victory over Mjallby and the club from central Sweden could cite their struggles in front of goal as their Achilles heel in that season. Their top league scorers could only manage six goals each. The Ghanaian striker was brought in at the start of the 2002 season to solve the scoring problems. Mohammed used his first few months at the club to get to know his teammates, learn a new language and adjust to the Swedish style of football. On initial impressions, the player looked like he was going to make it big in Sweden. But then the club Chairman Ahlberg fired the Coach Stromberg and the sports chief Wisell, who brought Issa to the club. That was the beginning of his problems The new coach Hakan Ericson and sports manager Tor-Arne Fredheim slowly froze Issa out mentality. They hardly spoke to him, let alone allow him to play in any game. The youngster was so mentally broken down, in the end; he just wanted to leave Sweden. One Swedish player, together with four others, told the Swedish leading newspaper - aftonbladet - that Issa was so depressed that he remained in his apartment all days after training. Issa left Sweden and the IFK Norrkoping club under mysterious circumstances. He quietly disappeared the same day IFK played their last home match. IFK manager Fredheim told him to not talk to the press before he left the country. It’s being speculated that the coach did not want black players at the club. The fans are really pissed off, because they liked Issa. Now they want the coach and the manager to leave the club urgent. This is the link from today’s newspaper that broke loose today: http://www.aftonbladet.se/vss/sport/story/0,2789,234091,00.html