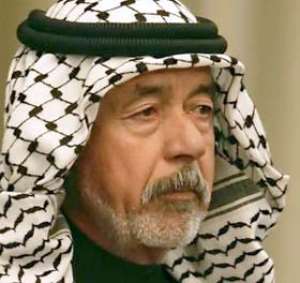 Ali Hassan al-Majid, a former Iraqi official known as "Chemical Ali", has been executed by hanging, a government spokesman has announced.

Majid, an enforcer in Saddam Hussein's regime and his cousin, had earlier been sentenced to death four times for genocide and crimes against humanity.

Earlier this month, he was sentenced to death for ordering the gas attack on the Kurdish town of Halabja in 1988.

It is believed that about 5,000 people died in the attack.

Iraqi jets swooped over Halabja and for five hours sprayed it with a lethal cocktail of mustard gas and the nerve agents Tabun, Sarin and VX.

"The execution happened without any violations, shouting or cries of joy," he added, in sharp contrast to Saddam's death on the gallows in 2006.

News of the hanging came shortly after three suicide car bombs struck in central Baghdad. It was not immediately clear whether the attacks were linked to his execution.

Majid was first sentenced to hang in June 2007 for his role in a military campaign against ethnic Kurds, codenamed Anfal, that lasted from February to August of 1988.

In December 2008 he also received a death sentence for his role in crushing a Shia revolt after the 1991 Gulf War.

In March 2009 he was sentenced to death, along with others, for the 1999 killings of Shia Muslims in the Sadr City district of Baghdad.

The BBC's Jim Muir in Baghdad says Majid could have been hanged earlier - after his first death sentence for the Anfal campaign.

But it was important to Iraqi Kurds to see him convicted of the Halabja attack, seen as one of the worst atrocities of Saddam Hussein's regime.

No remorse
Our correspondent says there will be great rejoicing or, at the very least, quiet relief among both Iraq's Shia and Kurdish communities, which have suffered greatly at his hands.

There was a mixed reaction from ordinary Iraqis to news of the execution.

"I give my condolences to the Iraqi people on the death of Ali Hassan al-Majid, who was killed by traitors and hooligans," said a resident of Majid's home town, Tikrit.

But Baghdad resident Ali Suhail said the execution was just: ''He had executed so many people. So he deserves to be executed."

A resident of Halabja also said he was pleased: ''We, the families of those killed in the attack on Halabja, are very pleased to hear that Ali Hassan al-Majid was executed.