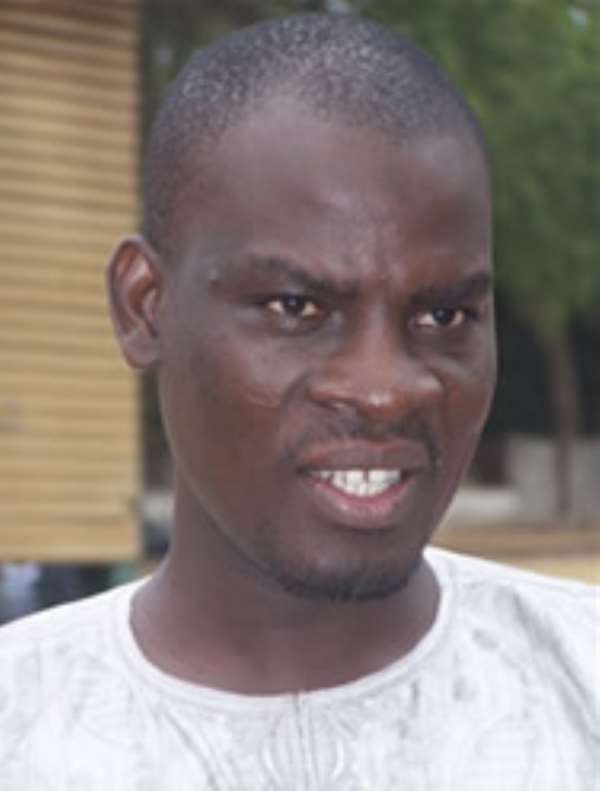 The Committee that reviewed the sale of 70% shares of GT to Vodafone has made seven recommendations to government including renegotiation of the sale and purchase agreement(SPA).

The committee amongst its findings also faulted the former President, John Kufuor, for interfering in the transaction, describing his action as “highly irregular, unconventional and did not rely on expert advice”.

The committee noted that the SPA was negotiated in an inelegant manner by Government, which gave everything and took nothing in the context of the inequalities in bargaining power that were allowed to prevail.

A released signed by Dr Valerie Sawyerr, Deputy Chief of Staff on Thursday said government has taken note of the Committee's findings and recommendations, and will soon make public its position on the recommendations.

“We however wish to assure all Ghanaians that we remain committed to our promises and pledge to ensure that any transaction that purports to transfer any part of any asset belonging to Ghana, as in this case GT, to another entity must take full cognisance of and be consistent with the spirit and letter of the laws of Ghana, set guidelines and procedures. Ultimately, any such transaction must deliver to Ghanaians value for money.”

Below is the full report

In 2008, the Government of Ghana divested seventy percent (70%) of its shares in the Ghana Telecommunications Company Limited (GT) to Vodafone International Holdings BV for nine hundred million US dollars ($900m) under a Sale and Purchase Agreement (SPA).

The then Minority group in Parliament urged on by a large section of Ghanaians strongly opposed the sale, on grounds among others, that the sale was shrouded in secrecy, fraught with irregularity, ignored time-honoured procedures, contravened the laws of Ghana, did not guarantee value for money and therefore was not in the strategic interest of Ghana.

In furtherance of a campaign promise to review the sale and the SPA in order to ensure that the strategic national interest of Ghana is guaranteed, an Inter-Ministerial Review Committee chaired by Justice Emmanuel Akwei Addo was inaugurated on 18th May 2009 to review the Vodafone transaction.

The Committee's Terms of Reference was to examine all issues relating to the management and finances of GT from the tenure of the Telenor Management Partners which later metamorphosed into Telecom Management Partners to the period of the sale of 70% shares of GT to Vodafone; and an examination of the terms and conditions of the SPA, the contract with the transaction advisers and issues after the sale.

The Committee has since presented its report to government through the Ministry of Communications.

Government takes this opportunity to thank the members of the Committee for diligently applying themselves to the task and for their sacrifice and good work.

The Committee received testimony from a sitting Member of Parliament that the majority side in Parliament at the time was bribed or improperly incentivized to endorse the Vodafone agreement. The Committee was of the view that if found to be true, the entire validity of the process would be called into question and would be contrary to the criminal laws of Ghana particularly Sections 240 and 244 of the Criminal Offences Act, 1960 (Act 29) which prohibits corruption of public officers. The Committee did not have the powers and resources to investigate these claims and therefore refrained from making findings on this specific allegation.

The Committee found among others that:
1. Most of the terms of the SPA are inimical to Ghana's interest. For example, Article 6.1.6 provides that

“There shall not be any injunction or other order that prohibits/restrains the sale of the sale shares by GoG to the Purchaser in particular or generally.”

The Committee noted that there cannot be any law that ousts the courts' jurisdiction and any agreement that purports to do that is null and void and of no effect.

Article 10.7 provides that
“GoG hereby waives, and undertakes that it will not at any time bring, any claim or prosecution against any member of the Enlarged GT Group or any post-Closing directors in respect of any act of any such member or director relating to the Anti-Corruption Warranties which arises from or otherwise relates to the period prior to Closing.”

It is the Committee's view that the Government of Ghana cannot waive or make any such undertaking not to prosecute anyone who might have committed an offence. Absolutely nobody can contract out of the criminal law and Vodafone knows this very well. The Committee found it amazing that the previous Government agreed to a term like this one.

2. The SPA in its negotiation and ratification breached many laws of Ghana including the 1992 Constitution, the National Communications Authority (NCA) Act and Regulations, and the Internal Revenue Act 2000 (Act 592) of Ghana.

3. The allocation of a 3G license under the SPA was not in compliance with the NCA Regulations 2003 (L.I. 1719) which stipulates that such a license may only be granted by public tender where the unassigned frequencies are limited, as is the case with 3G licenses.

4. The indemnity clause in the SPA is not balanced as it seeks to protect the interests of the buyer and not the mutual interests of both parties.

5. While the SPA was made with Vodafone International BV in the Netherlands, Vodafone PLC of the UK has come into the fray and assumed the centre place doing business as if the agreement was signed between Ghana and Vodafone PLC. The argument that Vodafone PLC

owns Vodafone International BV cannot be accepted because the two companies are two separate entities and one cannot take over the other when it is not a party to the SPA.

7. The enlarged GT Group's 70% stake could have been sold for more than the SPA price of US $900million because the value put on GT by the Transaction Advisors was higher and Telekom SA offered US $947 million for a much lower stake of 66.67%.

9. The National Communications Backbone Company (NCBC) which was added to create the Enlarged GT Group was grossly undervalued. The fibre optic network is a strategic national asset and should have remained an independently operated infrastructure as originally intended.

10. The appalling financial state of GT before the sale was because the Telenor/Telecom Management Partners (TMP) and later the three-member Interim Management Committee (IMC) grossly mismanaged the company by indulging in all manner of financial malpractices and irregularities. This plunged the company into crippling debt and to the point of insolvency.

11. There was executive interference in the sale of GT with former President, John Kufuor, being the one who agreed on the transaction price, technical considerations and the underlying legal assumptions of the Vodafone offer of May 15, 2008. These negotiations by the former president were highly irregular, unconventional and did not rely on expert advice.

12. Claims amounting to about US $45 million made against a US $63 million escrow account by Vodafone are not valid. Charges against the Escrow include increases in provision for bad debts and exchange differences arising from delayed update of Vodafone records with government assumed debts.

13. The IMC did not advise against payments such as US $1.9 million made to the TMP in 2008 even though they knew that TMP had illegally paid monies to itself long before the GT sale.

14. There was not enough information on how Vodafone utilized a US $228 million shareholder loan which was intended in the SPA for non-waivable debts including the Irroko Bonds.

15. The contract of the Transaction Advisers was not renewed and they were not used in the Vodafone negotiations. Fixed fee payments due them remain unpaid while a success fee claim for US $1.5 million had been negotiated with the former Chief of Staff as of December 2008.

16. Despite several requests, Vodafone could not provide information to enable the Committee confirm the expected US $200 million capital injected into GT after the SPA. Vodafone had claimed that they have made as much as US $187 million withdrawals from the US $200 million bridge facility.

17. While Vodafone claimed that, between August 2008 and May 2009, it paid Huawei GH¢61 million from the bridge facility, documents submitted by Huawei indicated that they had invoiced and received only GH¢37.29million and not GH¢61million. This was a misrepresentation to the Committee, and the Committee considered it a breach of the warranty provisions in the SPA. The Committee was of the view that Government may want to confront Vodafone and ask them to account for the difference of GH¢23.71 million.

18. There is evidence that Vodafone International BV seems to have ceded its role to Vodafone PLC and can be a ruse way of wanting to practice the phenomenon of transfer pricing and the Internal Revenue Service must be alerted.

Accordingly, the Committee made the following recommendations to Government:

1. Government should consider the option of renegotiating the SPA with Vodafone and in particular, a reconsideration of the following:

a. Parties to the SPA
b. Compliance or otherwise of the SPA with the laws of Ghana, particularly the NCA Regulations and the Internal Revenue Act 592
c. Value for money/ Transaction consideration
d. Retention of the National Fibre Optic by the Government of Ghana as a strategic national asset
e. Decoupling of the Ghana Telecom University from the transaction (already done)
f. Return of GT investments to the Government of Ghana such as the Telecom Emporium

2. The NCBC must be decoupled from the Enlarged GT Group and a public entity established with a nationalistic mandate and given the resources to complete and expand the backbone to all socially and economically necessary locations to enable it act as the foundation for Government's ICT Policy.

3. A forensic audit must be conducted into the affairs of GT to cover the TMP and the IMC, and management at the time made to answer for their stewardship.

4. GT-Vodafone must be requested to provide detailed reporting requirements based on forensic accounting and reporting principles. This should follow the establishment of actual sourcing and use of funds purportedly introduced by the current management as working capital.

5. The SPA was negotiated in an inelegant manner by Government, which gave everything and took nothing in the context of the inequalities in bargaining power that were allowed to prevail. This should never be allowed to happen again.

6. Government must conduct a serious audit into the way and manner it negotiates such business deals. A working party of experts consisting of a corps of technical experts and negotiators should be in charge of such negotiations.

We however wish to assure all Ghanaians that we remain committed to our promises and pledge to ensure that any transaction that purports to transfer any part of any asset belonging to Ghana, as in this case GT, to another entity must take full cognisance of and be consistent with the spirit and letter of the laws of Ghana, set guidelines and procedures. Ultimately, any such transaction must deliver to Ghanaians value for money.