Will there be new US Actions in the Horn? 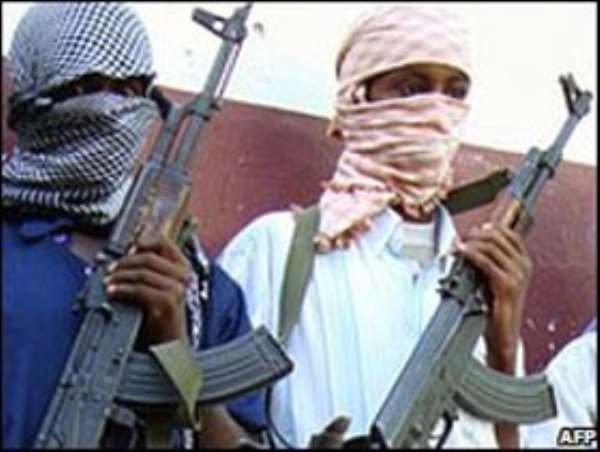 The US Secretary of State is making Her first Official visit to Africa and initial observations are that Mrs. Clinton is doing remarkably well in this capacity.


Currently Kenya has a crucial role to play in US Policy towards the Horn of Africa. The Port of Mombasa is the location where the Somali Pirates are brought to when they are captured on the high seas. Its Proximity to Somalia also makes it a key point of interest to Counterterrorism Specialists here in the US. There are some people who believe that Somalia could become to Kenya like what Afganistan is to Pakistan.

The Other Point of Interest is Somalia. The US has had an interesting History in Somalia since the end of the Cold War. Allies after the Ogaden War of the late 1970s and then US Troops in the Country during the early 1990s which led to 18 Elite US Soldiers being killed in a Firefight and now concerns over Piracy and Islamic Extremism are the highlights of US Concern.


The US Secretary of State made two crucial statements regarding US Interests in Somalia. First of all is the Fact that the US will again be providing an Arms Shipment to Mogadishu. Earlier this year the Obama Administration provided 40 tons of Ammunition to the Transitional National Government as it attempts to keep an Islamist Militia from gaining power. Sadly the US has not taken any position regarding Somaliland except for that it is concerned over the recent discarding of election rolls. Elections in Somaliland are scheduled to occur on September 27th.

And Once again the US had strong criticism for Eritrea and its reported involvement in Somalia. For several years the US has claimed that Eritrea was supporting the Islamist Insurgents in Somalia. The Situation in Somalia is not the only place where relations between Asmara and Washington have become sour. Tensions between Eritrea and both Djibouti and Ethiopia are still simmering at this time. However the US has threatened to retaliate against Eritrea for its Policies in Somalia.

Before some people get giddy over the idea of Air Strikes there has to be some time for Economic Sanctions to work. There are ample areas of concern regarding Human Rights in Eritrea as well so there could be some action taken in the near future in the Horn of Africa. But some people may not think the action taken is tough enough.

Assessment of ministerial nominees not on partisan basis – H...
21 minutes ago