16 year girl, old enough to have sex but too young to vote 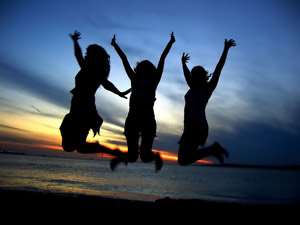 IT is a welcome move by a forward thinking judiciary official of an Indian High Court to challenge the law made centuries ago by the British. The old law set by the British in 1860 (which is in practice even today) considers a 16 year old girl mentally and physically fit for giving consent to a person for having sex with her. The said law is in force in India even today when the legal age for a boy or a girl to vote is 18. This is the age when they are considered to be adult citizens.

Justice VD Chaturvedi, the judge at the Lucknow Bench of Allahabad High Court, has termed this provision of law "outdated and invalid." According to him, "The 1860 British law was designed to suit the then British rulers only."

Justice Chaturvedi has asked both the Government of India as well as the Government in the state of Uttar Pradesh to have a fresh look at the old law. He has shot off letters to Attorney General of India and the Advocate General of Uttar Pradesh besides both the governments at the Centre and in the state asking them their opinion on raising the 16 years age parameter to 18.

The move of Justice Chaturvedi has given an opportunity to legal experts and social activists to raise a debate on the said law mentioned in the Section 375 IPC (Indian Penal Code).

The issue cropped up when a man convicted for raping a 17 year old girl, filed an appeal in the High Court. A trial court had announced seven years' of rigorous imprisonment to the rapist, who sought amnesty from the High Court on the plea that the girl was above the age of 16 and was therefore, under the law, entitled to give her consent for having sex with him.

In his appeal, the convict had pleaded that the girl was 17 years of age at the time of rape. She had given her consent to him for making physical relations. Therefore, his conviction was not proper under Section 376 of IPC for rape as section 375 of IPC provided that he or she could give consent for sexual intercourse after attaining the age of 16.

Looking to the circumstances of the case, the High Court dismissed the appeal upholding the conviction, also holding that the consent was not voluntary.

The court went to the extent of observing that "the law relating to consent for sex was apparently designed keeping in mind that most of the British officers had to live here without their families so they were bound to indulge in extra-marital sex with women of all ages."

The High Court commented that a girl below 21 is not normally fit to decide good or bad for her and therefore, if any decision taken before that age is damaging to her welfare or interest, it must be deemed that such a decision was taken under inducement. The judge has also drawn comparison with other laws of the land which do not give several rights to persons of the age of 18 or even 21.

"It is an absolutely right observation", says Shalini Mathur, Director of Suraksha, an anti-dowry organisation. "The age of marriage is 18 and a 16 year old girl is considered adolescent which causes a grey area as to what a child in the age group of 16 to 18, is. However, the Juvenile Justice Act 2000 clearly states that "there is nothing like adolescence. Up till 18 a girl or boy is a child and after 18 he/she is an adult." Shalini Mathur, who has worked with young girls living in shelter homes argues, "If a girl is not fit for marriage till she is 18, how can she be fit to have sex with a man?"

Besides, in cases of rape in India, the age of a girl is judged by an X-ray of the girl's pelvic girdle and the age determined by this system is always two years plus or minus, which causes a hurdle in justice.

If the observation of the High Court is considered and an amendment is brought into the IPC, it will certainly eliminate the ambiguity and will bring clarity in the law.

Alka Pande, CNS
(The author is a senior journalist and a fellow of Citizen News Service (CNS) Writers' Bureau)