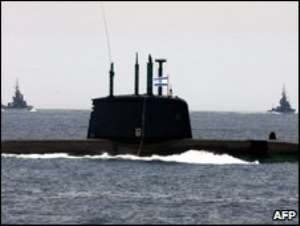 
Two Israeli warships have sailed through the Suez Canal between the Mediterranean and the Red Sea, Israeli and Egyptian officials say.

Israeli media described the passage of the two Saar class missile boats as a "message" to Iran.

An Israeli official said deployment of the two ships was linked to the Israeli navy's "recent activities around the Red Sea".

Correspondents say that although Israel vessels regularly use the canal, the recent moves have - unusually - been publicised by the Israelis.

Shlomo Brom, of the Israeli Institute for National Security Studies, said: "I believe (the news) was likely leaked on purpose in order to signal to Iran that Israel has the capability of reaching them."

Israel has said repeatedly that it will not rule out the possibility of taking military action against Iran over the nuclear issue.

Egyptian Foreign Minister Ahmad Aboul Gheit told the BBC that warships had the right to use the canal provided they had no aggressive intent towards Egypt.