People of the Volta Region Are Not Demons! 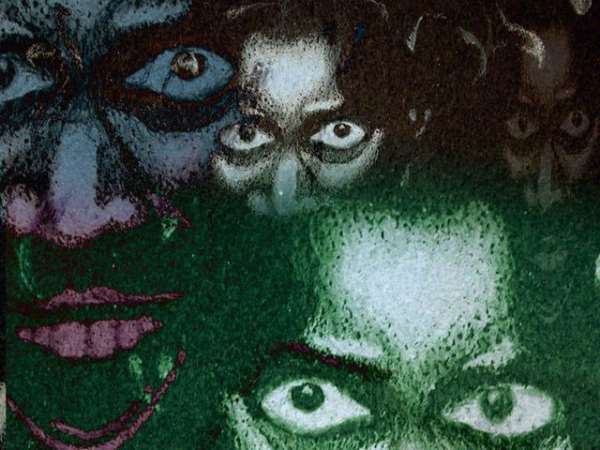 It was a bright Saturday morning and the long Mascarello bus, like a headless snake, was snaking through the snaky road into the hinterlands of the Volta Region. It was heading for Nkonya, and in its bowels sat students of the Ghana Institute of Journalism. They were going to bury one of their students who had died, but their mood was more of unjustifiable fear and not the sorrowful mood one would have expected. Why were they afraid? They were going to the Volta Region. Yes! Volta Region!

Before the bus hummed to life and pulled away, the President of the GIJ Chapter of the Campus Christian Family, Mr. Noble Johnson Kukubor, prayed and asked for God's protection over the innocent souls and sought travelling mercies from the Holy Spirit for the “faithless” students. Faithless because even after the prayers, the mere thought of going the Volta Region scared some students like frightened stowaways in the infamous Deadly Voyage.

“Ladies and Gentlemen, we are aware of the fact that many of you are scared of going to the Volta Region because of what you have heard. If we go, you just have to conduct yourselves and ensure that you don't offend anybody. If you don't offend them, they will also not do you anything.”

The CCF President sought to dispel unfounded fears but his last erroneous statement received vehement condemnation from a few students in the bus including my good self. He should have just told them that there was nothing to fear. A good number of students had vowed never to step foot on the land of Volta. “If it were any part of the country, I would go but as for Volta Region, I don't know what will ever take me there,” a lady had remarked the day before.

The dauntless dare devils who defied all odds and were determined to pay their last respects to their deceased colleague, come what may, were more than prepared. Some students would go but they would not taste anything in the Volta Region, not even water. Some prepared as though they were embarking on an eternal journey to space. The only difference was that they did not carry with them oxygen.

After the funeral, it was difficult getting students to eat the food that was served. Some were served at Nkonya Ahundwo whiles those of us who went to Nkonya-Kadjebi to greet and make a donation to the deceased's mother's family were greeted with well-prepared banku with okra stew and jolloff rice served in takeaways.

Once again, only a few dauntless dare devils ate, and when nothing happened to them others followed. Much of the eating was however done in the bus when we were returning from Nkonya. Two weeks later when students of the same institute went to Kpando to bury a Level 100 student who had perished in the Winneba accident, the unnecessary fear had reduced because no one had complained of any head or stomach ache since returning from the first Volta trip.

After fifty-two years of political independence and nationhood, ethnic prejudice and stereotype is still a force Ghanaians have to grapple with in our bid to achieve national unity. Ewes are known to be wicked people with, tukpe as their weapon of mass destruction; Asantes are seen as proud and arrogant, northerners are violent and Fantes are jokers.

There is this joke about a church which was planning an all-night prayer service and when it was time to get people to take the various prayer points, the pastor took over.

What makes my head throb anytime I think about these fallacious notions is the fact that education seems to be fighting a losing battle in correcting this distorted ethnic prejudice. In the case of the students of the Ghana Institute of journalism it is very pathetic. Journalists are said to be agenda setters. They may not succeed in telling society what to think, but they definitely have a say in what we should think about. A journalist with a prejudiced notion about Ewes is definitely going to be motivated by this mentality in his or her reportage. I do not fancy alcoholic beverages and not even the soli-induced enthusiasm to write good stories will push me to idolize alcohol. One's beliefs greatly influence one's writing and if these future journalists and media practitioners have this notion that the Volta Region is a no-go area because the people are wicked, it was therefore not strange that the people of the Volta Region were over vilified during the 2008 elections.

I have attended primary, junior high school and senior high school in the Volta Region and it is just like any part of Ghana. It will do Mother Ghana a lot of good if Ghanaians, especially those who have had the opportunity to have some level of education, discard ethnic prejudices. They will only ruin us a nation. It is interesting to note that the people of the Volta Region also have their own negative opinions about other ethnic groups in the country.

I have said in a previous article how an Ewe woman I respected (and still respect) so much insulted my ethnicity without knowing. I hail from Bongo in the Upper East Region but because I grew up in the Volta Region, I can speak Ewe. This woman, who was surprised to hear me speak her native language asked me how I got to understand the language. When I told her that I grew up in the Volta Region, she replied, “That is why your behaviour is not like them.” This is the worst insult I have received in all my life.

In November last year, while watching the IEA Vice-Presidential Debate on television, a young man remarked that Dr. Bawumiah and John Mahama were very handsome. What came out of the second person's mouth was that, “If no one tells you that they are northerners, you will never think they are from the north.” How are northerners?

There are those who are of the belief that issues bothering on ethnicity should not criticized. I think otherwise. There is the need to educate people who fail to be affected by formal education. The boarding school system has not helped much and a good number of national service personnel and workers refuse posting to where their services are needed most because of unfounded ethnic prejudices.

Students of the Ghana Institute of Journalism who went the Volta Region this semester may have had their perceptions changed. What about the millions of Ghanaians who will not even travel? There is nothing like good and bad ethnic group. In every house, there is a Mensah. There are both good and bad people in every ethnic group and this is natural. According to Achebe, when you beat any rhythm in a great household, there is always someone to dance to it.

Our brothers and sisters in the Volta Region received enough vilification in the 2008 election and for the sake national unity, let us end it there. Voltarians are not demons!

Ghana is not polarized in any way. Those who think we are polarized can only justify their stance due to ethnic prejudices and stereotypes. Take this out and we are as united as the Holy Trinity.

God bless our homeland Ghana and make our nation Great and Strong!

The Writer is the SRC President of the Ghana Institute of Journalism, Accra.

Be strong — Isaac Adongo consoles Bawumia with a cow for mot...
20 minutes ago

One wife one man is not in the Bible, every man will marry 5...
42 minutes ago