Politics of Outspokenness by another Mr. Clean 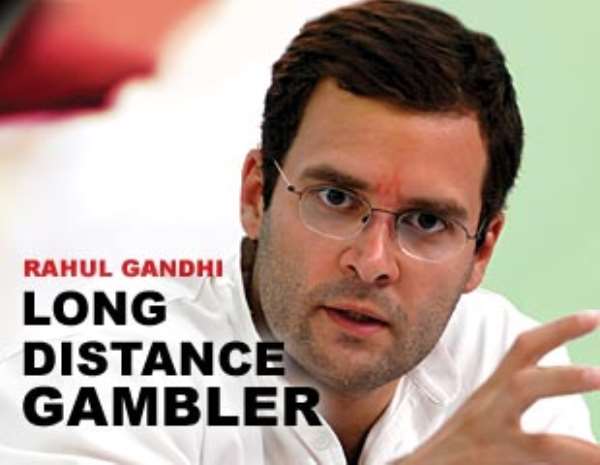 Many factors are being supposed behind the spectacular success of the Indian National Congress in recently concluded general elections in India. While the main reason is rejection of the politics of communalism of the Bharatiya Janata Party (BJP) by the people, it is also seen as a result of the work done by Rahul Gandhi in strengthening the organization of the Congress. Presently, Rahul Gandhi is the centre of attraction for the whole world. The world is looking towards him as the future of India. Amid all this, every single is activity of Rahul Gandhi is bound to be observed closely.

As far as the Indian politics is concerned, politicians during the freedom struggle & even for some decades after the independence, enjoyed positive influence over the masses. But with the passage of time, the politics has become a thing of derision. Unfortunately, today the politics is linked with the false rhetoric, false promises, the spread of communalism & casteism, to make division among the people on the basis of region, groups & language; corruption, encouragement of dynasty politics, robbing the people of their hard earned income etc. This is the reason that no guardian wants his child to join politics. What is more unfortunate is that today's politician doesn't want to concede about the above incoherence in the politics. In spite of this, he believes that he is the real social servant of the nation & people give him the same respect as they once used to give to leaders like Pt. Jawaharlal Nehru, Lal Bahadur Shastri & Gulzari Lal Nanda. But in fact the people of the country are fed up with traditional Indian politics & desire for a basic change in it.

In this atmosphere, another Mr. Clean, Rahul Gandhi, like his father, has once again tried to set the standards of politics. Reiterating his father's point, he also has said that out of one rupee sent by the central government, only ten paisa reaches the needy. Such political confession by him may have created cyclones in the political circles, but the common man is seemed to be happy by the courage of Rahul Gandhi. Rahul said some similar things regarding the relations between the central government & the CBI. Within just five years of entering politics, his visits to the homes of dalits, eating with them, even sleeping in their homes, is in itself exemplary. Another reason for the falling standard of politics is that any person without any education or qualification, who fails in other walks of life, can try his luck in politics. The Congress party is defamed for the fact that the party officials are imposed on workers by the high command i.e. the officials are nominated & no elected. After the decades, this weakness is finally realized by Rahul Gandhi. Recently, by conducting organizational elections in the Youth Congress in the states of Punjab & Gujarat, he has tried to ensure that people who are popular & who have grip on the organization, come forward & get the posts in the party. Rahul has started a programme for the enrolment of able workers in the Youth Congress.

The finger is always raised on the Nehru-Gandhi family that this family always wants to put the central power under its control. In a democracy, such types of accusations don't work because it is the people who decide that who should be in power & who should be in opposition. This is the fact that almost every politician aspires to become the Prime Minister. While the Nehru-Gandhi family is being accused of control over power, the member of the same family, Sonia Gandhi proved by refusing the post of Prime Minister in 2004 that only the members of Nehru-Gandhi family have the courage to reject the topmost office. If we talk about the 2009 general elections, this time too there were talks by the media & the opposition that by proposing Dr. Manmohan Singh as Prime Ministerial candidate, the party is trying to get the majority & after that Dr. Manmohan Singh may be replaced by Rahul Gandhi as the Prime Minister. On being asked these type of questions repeatedly, Rahul Gandhi gave the same reply that he doesn't possess much experience required to become the Prime Minister. He talked about learning very much by remaining in politics. Can we imagine any other leader not to be attracted by the post, if it is so close to him?

All surveys show that today Rahul Gandhi is the biggest role model for the youth of the country. Like his father, people are seeing him too as another Mr. Clean due to his honesty & outspokenness. The youth are of the hope that if future belongs to Rahul Gandhi, then possibly the politics can be reformed. Not just this, the nation would get rid of the politics of communalism, casteism, regionalism, cleverness, falsehood & corruption; and can witness the politics of cleanliness.