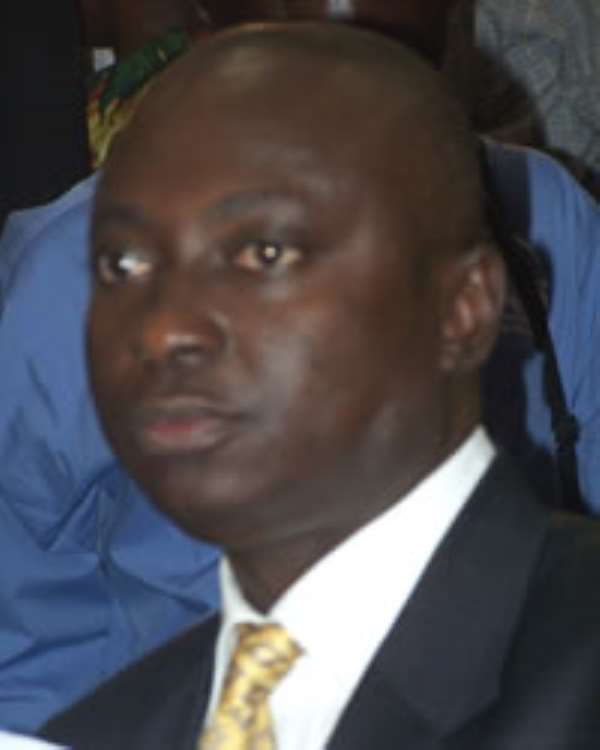 The MP for Akyem Abuakwa South, Samuel Atta Akyea seems to be quite adept at making enemies for himself. He drew the whole nation's ire when at the height of the electoral tensions he went to the court on a holiday to try and file a writ to stop the Electoral Commission from declaring the results of the presidential elections last December. If the judge had not wisely thrown him out, the stories from the elections wouldn't have been entirely blood-free.

Shamed, Atta Akyea retreated to join his NPP colleagues to lick their wounds from a closely-fought electoral contest, which they lost by the whiskers. As he licked his wounds, Atta Akyea must have known that all was not lost: his party had lost power but, fortunately for him, his political career was just about starting.

And what a start it has been?

In parliament, the 'freshers' are often consigned to the back-benches, with the unspoken edict to just sit back, watch and learn from the 'front-benchers'. So far, Atta Akyea has proven himself to be a different breed of 'fresher'.

As a member of the appointments committee of parliament, Atta-Akyea, has demonstrated a knack for stepping into the spotlight – something first-time MPs rarely do. As nominee after nominee appeared before the committee, Atta Akyea has literally tormented a good number of them with his searing questions and what many might consider to be his abrasive posturing.

Unhappy about the way he's made some of the nominees twitch and stutter, a good number of the ruling party's followers are angry with Atta-Akyea. Some say he's “too known” and others accuse him of using the nomination hearings to build his political profile.
Following his heated exchanges with deputy finance minister-designate, Fiifi Kwetey, a group within the NDC (Forum for Setting the Records Straight) has gone as far as demanding that Atta Akyea should be kicked off the appointments committee.

They accuse Atta Akyea of making “unfounded allegations” against Mr. Kwetey (who, incidentally, used to be in charge of the Forum for Setting the Records Straight). The group insists that Mr. Atta-Akyea has brought the name of parliament into “disrepute”.

“We believe that Attah Akyea's removal would restore some modicum of respectability and credibility to the august house,” the spokesman for the group, Mohammed Nurudeen, said at a news conference in Accra.

I can understand why Mr. Nurudeen feels the way he does about the Abuakwa South MP. But his insistence that the MP should be withdrawn from the appointments committee is mere political gimmickry.

To begin with, committee members in parliament can only be withdrawn if they breach rules and procedures and/or engage in violent acts. Asking probing questions doesn't exactly pass for breaching procedure and so far Atta Akyea has rained punches on anyone (like Rawlings did to Arkaah). The gentleman is only doing his job – and so far he's been darn good at it.

The NDC Forum for Setting the Records Straight (whose leader, Fifi Kwetey, appears to have twisted a few records: did the gold reserve disappear?) will want us to believe that with his conduct at the appointments committee, Mr. Atta-Akyea is “not contributing to the development of “a better Ghana.” I beg to differ. Our democracy will not grow without people like Mr. Atta Akyea. He will not always get it right and he might just be doing it to score some “cheap political points”. But he is not in any way detracting from the effort at building a “better Ghana”. He is contributing his due. At the very least, he has re-written the rule book for first-time MPs. He has also struck shock and awe in some of the majority MPs and that, in itself, is a very good thing. The majority will most definitely have its way but with the likes of Atta Akyea around, it will not always be an easy way for them.

I've heard the accusation that Atta Akyea has something “personal” against someone like Fifi Kwetey. He doesn't. Similar accusations were leveled against him when he grilled Betty Mould-Iddrisu about her litigation experience. Truth be told, I have a very soft spot for the Attorney General. When Atta-Akyea descended on her during her nomination hearing, I didn't particularly like it. But he was only doing his job. Fortunately, Mrs. Mould-Iddrisu acquitted herself very well and gave Atta-Akyea a good run for his money, even though she seemed ruffled at some point. It never crossed my mind that he had something “personal” against Mrs. Mould-Iddrisu. In fact, that sort of grilling helped bring the best out of her. That's what opponents are for: they bring out the best in us.

If what Atta Akyea does in parliament brings out the best in government and he doesn't care two hoots about the enemies he'd make along the way, then he has earned my respect. I can only wish him a long and successful parliamentary career.