Lessons from the passage of ROPAA for our new MPs 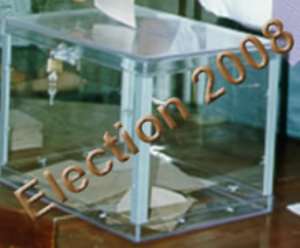 One of the most contentious events ever witnessed in our nation's parliamentary history is the passage of the Representation of the Peoples (Amendment) Act (ROPAA) in 2006. While the Government was desirous in making sure the Bill became an Act of Parliament, the minority led by the National Democratic Congress (NDC) made every effort to prevent its passage.

Among the methods used by NDC to achieve its aim were: refusal to allow its members to take part in the discussions at district and national levels, disruption of proceedings at public forums, demonstrations, press conferences and boycott of parliamentary debate on the bill. In spite of all NDC's efforts then ruling New Patriotic Party (NPP) with its majority in parliament succeeded in getting its way – Representation of the Peoples (Amendment) Bill (ROPAB) became ROPAA.

It must be noted that any government worth its salt should and must be able to get its bill passed depending on how it goes about it. In this case the government used its numerical advantage to bully its way through. Second it was rather unfortunate that the Minority refused to state its position during the parliamentary debate on the issue for the records. The NDC achieved nothing significant other than draw public attention to itself.

As NDC shouted its lungs out, the writer observed with dismay opportunities opened to the Party that woefully were not being taken advantage of. It was believed that NDC had more to gain if it had done its homework. It could be seen at the time that NDC had succeeded in making the government very desperate and was prepared to do anything to get the bill passed. One expected NDC to capitalize on this desperation to extract/demand/squeeze/ask something from the government.

Most NDC MPS came from the Volta Region. In a collective sense people from this area had been advocating for the establishment of a public university possibly at Ho or Keta. This was the right time the Volta Caucus could put the issue on the table for the government to give it serious consideration. Probably if the government knew that it would get cooperation from the opposition, it would compromise.

What about the Northern/Upper Caucuses? Tamale Hospital is yet to rise up to its challenge as a dignified teaching hospital in the country; Bolga was struggling to get Pawlugu Tomato Factory running while the University of Development Studies' (UDS) campus at Wa needs students' hostels. If somebody took advantage of the government's desperation and came out with a proposal, it would likely be approved.

Interestingly, members of the ruling NPP voted unblock for the government to get its way. Had someone asked why most of them lost their seats in the 2008 Elections? The argument against such people is that their people had seen very little, if any, major development in their areas. It is opined that if somebody played “hard to get” that individual would be back in parliament.

For far too long our members of parliament (MPS) had made the presidency trampled upon them and took them for granted. Both Rawlings and Kufuor, as presidents, had their way all the time because they had rubber-stamped parliament. They were not tested. They had it easy. They were not subjected to the rigors of negotiations that would expose their strengths and weaknesses as leaders. Ghanaians got very little out of them in terms of leadership qualities often associated with challenges of the presidency. They needed to be stretched to the point where they would know that they were presiding over some group of people called Ghanaians.

MPS should note that they were elected by their constituents to serve them not the presidency. The president was elected by the whole country so that he/she could build Akosombo/Bui dam, international airport and construct a presidential palace or a highway from Accra to Bawku. In each case he/she would still be seen as having served his constituents.

None of these has direct benefit to people in Adomfe, Akwasiho, Anyako Atiavi, Bongo, Dotom and Prapram. The main concerns to people in these areas are that there is: a new school building with trained teachers on staff, tarred feeder roads making it easy for goods and services to be conveyed to and from the nearest commercial center, a health post with full staff on duty, pipe borne water so women and children would not spend precious time fetching water and children go to bed and sleep soundly because they were properly fed and would not be hungry in the night.

It is expected that MPS would learn from the unnecessary confrontation that characterized the passage of ROPAA, adopt effective strategies for negotiations, gain the respect of the presidency in the process and deliver the projects to the people. In this way they would be MPS for life. Remember: WO kookoo nie, Na Wo sika nie; money Na hand back Na ground.