What Obama Expects of the World 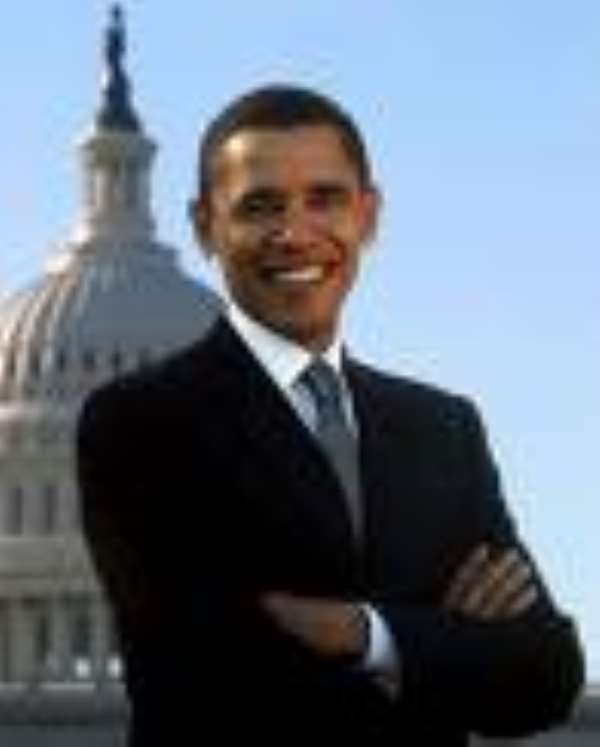 Picture the scene.. It is early 2009. The great and good of Africa are gathered at one of their usual grand soirees. Maybe a side event at the UN, or just as likely the main piece of the AU. Mugabe has the mike.

His beginning remarks are fairly mundane enough: a rallying call for Africans to rise up to their own destiny. There is even some scattered applause led, naturally, by the Libyan delegation. Then he switches into customary gear, railing against sanctions and everybody who disagrees with his penchant for bruising the limbs and torsos of his country's opposition leaders.

"But now we hope that the American administration will begin to act with decorum, especially now that the person at the helm is one who understands our plight. We hope the young man will not allow himself to be used by the establishment..."

Boos. Jeers. Grand Statesmen walk out. Somebody in the Kenyan delegation shakes his fist. The Nigerian Vice President storms out in rage. Mugabe cant believes his ears or eyes. What? You cant disrespect an American leader in polite company anymore? What's the world come to?

Welcome to the Age of Obama.

I once threw up my arms in despair, sick and tired of the rampant anti-Americanism I felt had engulfed the chattering classes, particularly in hypocritical europe (http://english.ohmynews.com/articleview/article_view.asp?article_class=3&no=323902&rel_no=1).

I couldn't stand French and German Mandarins in their polished lilts damning America at every turn. I had lived in Europe before, and visited America a number of times, and I was damn sure Europe had nothing to be cocky about, economically, politically or socially.

The constant disrespecting of America could only continue because everybody else was so blind to their own faults. Thus, in the wake of the anti-Arab hysteria following September 2001, I like everyone else was fully supportive of the view that America ought to get her act together. But a few of us also wondered whether the Gulf States, so quick to pull out investment from the USA and withdraw their wards from Ivy League institutions, were going to start treating their Indian and Philipino migrants with a bit more dignity now that their collective sensitivities had been so profoundly roused.

My point is that it is going to be a two-way street in the Obama era.

The rest of the world expects Obama to understand them, Obama will demand fair value in return. He will expect the world to understand America's peculiar situation and condition too.

He is going to be warmer to the global warming lobby, but he will also respectfully ask that the perils in which Detroit finds itself not be compounded by kneejerk reactions that could wreck the auto industry, bacause jobs are at stake.

He is going to even-handed about the Palestine question, but he is also going to be mindful of the fact that at present Israel is a closer American ally than the Gulf States and Saudi Arabia, and God knows everyone cuts their friends some slack.

And because it is the Age of Obama, the world will/must/should heed.