The Female Wombs for Rent: Only Females with High IQ And Beauty Need To Apply 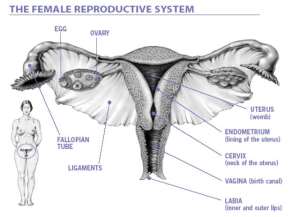 Outsourcing takes on a new twist: Single men and their “partners” are hiring egg donors, providing sperm and paying surrogates mothers to give birth to their desired offspring.

SO YOU KNOW ALL THERE is to know about outsourcing, right? Think again .A new word has been added to the outsourcing vocabulary.

Outsourcing is no longer just for the fortune 500 companies. ”Personalized businesses ”as well as reproductive business can be outsourced, to developing countries---all in the name of cheap labor, liberal Laws and availability of surrogate mothers and egg donors.

We've heard about jobs going to India and China. Well, here is an even more imposing twist on outrageous - outsourcing; which is beginning to enter into a new frontier with deadly social and legal consequences and unanswered ethical questions: More well-off bachelors from Europe and U.S are going to India in droves for “medically designed” babies through surrogacy.

Who says a man needs a female to have a baby? The story is told of, a 50- year old professor who, allegedly broke up his four- year relationship with his girlfriend and decided to try to have a child on his own--through surrogacy. In the U.S, the news of male partners from Israel, Europe or the U.S going to India to seek surrogate mothers for their “babies” abound. Is Ghana going to get a piece of the” pie”?

At first glance, there might not seem to be a connection between “surrogacy outsourcing” and Ghanaian society but, let's dissect its social significance and economic and legal implications.

Imagine this scenario just a moment .I know this is a fantasy ,but play along with me for a moment : Janet Asanatewaa, a 20 year –old adorable, attention-grabbling with traffic-stopping beauty is a second year student in one of our universities, who drives a brand new, Mercedes SUV and possesses the latest, smallest and thinnest electronic gadgets in town. So far as her friends can tell, she has no job and doesn't deal in drugs.

She claims to be a high- caliber born –again, cross- wearing Christian; with all the trimmings—a frequent visitor at prayer camps .In fact, she has acquired an enviable texture of reputation among her contemporaries ,so much so that few of them began to question their own destiny and roles on this planet. That is why her sudden wealth and socio-economic mobility status have become the talk -of -the -town.

Her friends' suspicion grew when she became pregnant without naming the father of the baby. To make matters worse, that wasn't her first pregnancy either. But, she has no baby of her own at home. What was wrong with that picture? Well, as it turned out, she's surrogacy profiteer who seeks more “clients” to support her posh lifestyle. She has turned her womb into a cottage industry-- ---by delivering babies for money. In other words, she gets pregnant for gay men for money.

That can not happen is Ghana. Right? Wait!

It all has to do with Globalization. The fact of the matter is this hundred- ton '”gorilla” (globalization) is making nations without borders; the notion of citizenship and traditional community becomes obsolete in a commercial sense. Therefore, what happens else where around the world can be duplicated in Ghana easily.—Big time.

You're about to read about an outrageous enterprise being nurtured in the medical marketplace in India; which could have a deadly social consequence on other side of the Atlantic---Ghana. It's called REPRODUCTIVE OUTSOURCING.

I'm not being melodramatic. I think you get the picture. Globalization has made Ghana very receptive to anything-- including economic or social trend. The question is: Do we have the judgment and the temperament to withstand all the forces coming from every angle? And, how long will it take that business to catch on in Ghana? Not, long—trust me!

With our take-no-prisoners and cut-throat approach to our quest for money--by any means necessary--- it won't be long before we latch onto the reproductive outsourcing ; If you don't believe me let's step back in time. Go and rewind your memory and see how long it took us to copy the gay and Lesbian lifestyles. How long did it take us to copy the“419” scam? Do I need to go on?

Ghanaians can easily copy anything –to the extreme-- as long as they get direct dividend from it---that includes money, material things, fame and social status. As shocking as it may be to you, some women in Ghana would rent their wombs for money, regardless of the social or legal implication.

In India, this new enterprise, known as “Reproductive Outsourcing”, has been flourishing beyond its borders. Clinics provide the surrogate and the donor mothers for the foreign future parents—who are taking advantage of Indian's skilled medical professionals, relatively liberal laws and low price tags--- to have “medically desired babies”.

This is how it works:

Through Indian Clinics, foreign “couples”—usually gay (men) -- from the United States and Europe, specify the type of egg donor and the surrogate mother from pictures and their profiles via e-mail. Then when both parties agree, the selected fetus –which was formed from the man's sperm and the female donor's egg --is surgically implanted into the womb of a surrogate mother. No direct contact between the egg donor, the surrogate mother and the future parents of the baby is permitted .And, no sex is permitted. Thank you! You feel better now?

The next or final stage is when the baby is born and she/he is delivered to the “parent”.

The entire procedure costs about thirty -thousand dollars—which is one- third of the typical price in the United States. The surrogate mother usually gets a fee of $7500.00 for her services. And the clinics and other attorney's fees take the major part of the money.

The substance of this medical tourism-surrogate –outsourcing is that it' is loaded with ethical, social and legal uncertainties which could generate very serious repercussion in our part of the world. And, that is a concern.

In our part of the world I wonder what opanyin Kwasi Manu would think when the news is broken to him that his only beautiful daughter, Yaa Wusua, who just graduated from Accra Polytechnic is having a baby for two men for a fee .The question is: How many young women will be able to resist the temptation? How many women will do everything and anything to engage in the “trade” just for the money? And, is our legal system strong and matured enough to withstand the fallout?

Take our cash-strapped society for example; a womb-for- Rent enterprise would not only create the potential for exploitation of poor women but it could break marriages and tear families apart. Wouldn't a young unmarried Ghanaian lady rather rent her womb for several thousand dollars than raising her own family?

It would be hard for women to resist the temptation to rent their wombs when they could make money to start a business, finance a family member's education or put up a house or engage in lavish lifestyle. How could one say “no” to a business which will guarantee two square meals a day, not to mention material things and money to burn?

And, if the lady is married would the ego-driven Ghanaian husband be able to swallow his pride to let the wife get involved without accusing her of any “hanky- panky “?Are you sure that is not going to puncture a hole in the secured ego of the Ghanaian men?

Another bad side of this enterprise is that it will most likely discriminate against women with less education and less natural beauty. After all, who wants to have a Xerox -copy of an unattractive woman?

The issue here is: The Ghanaian government should put an advance protection in place for the surrogate motherhood and regulate the “industry” to monitor the frame work and its boundaries before the entire industry is hijacked by greedy middle men and women. .By so doing the government could easily prevent back- door dealings .Hey; “if we can't beat them we must as well join them”. I'm not being fastidious .I'm just trying to be a realistic here.

Would the government be able to prevent this enterprise from taking root in Ghana? Your guess is as good as mine. But, with our past history about money and greed I won't bet on it. The financial payoff is awesome .Once people begin to smell the money the ethics and other social taboos would be thrown out of the window, all in the name of personal interest and cold cash .Money talks, folks!

The fact is, the aroma of cold cash would be incentive enough to lure even much disciplined, Christian and conservative women to fall for this womb –for –rent business. So trying to prevent it is like preventing Ghanaians from migrating to foreign lands. As long as they will make money, they're willing to pay the price because to them the price will be “right”.

Money is an addictive drug and it can distort and corrupt the perception of politicians, pastors, police officers, , publishers of bibles, Born –again Christians ,housewives , surrogate mothers and students.

Would the money as an incentive increase the divorce rate? Possibly. But, that will be another issue the social scientists will have to sort it out in the future.

In a “conservative society” like ours, surrogacy arrangement which relies heavily on e-mail, ultrasound images of the developing embryo, beauty and IQ--- in the selection of the egg donors-- is very hard to stomach. But, we will get used to it in a matter of time, especially when the temptation is so strong to resist and the reward is very attractive. Gee, why didn't I think of that?

Welcome to the 21st century reproductive arena: Finally, men think they can have babies on their own---without women. But, they still have to go back to the drawing board; with a huge price tag. It's not easy to switch things around. We can't outsmart Mother Nature. Or can we? Time will tell.

Well, I really do not want to sugarcoat this serious subject with religious or moral connotations .However, I 'm curious as to how it's going to resonate in our part of the world without causing any social friction .What do you think?

Forbes names Akufo-Addo 'African of the Year'
40 minutes ago