From The Gold Coast To Ghana To The "Coke Coast" : Stop The Drug Business Now !!! 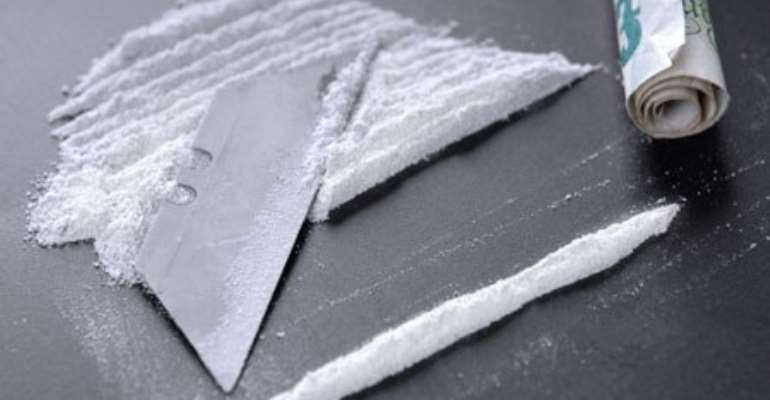 For every politician with a vision, there are hundreds who have no clue. I am interested in knowing what plans the presidential candidates of the three leading parties, NPP, NDC, and CPP have in dealing with the myriad of problems that confront our dear country. I am particularly concerned about mass unemployment among the youth, Health care provision, declining levels of public education standards, infrastructure development, provision of good drinking water, provision of efficient and reliable power supply, and cleaning up of the mess in politics with respect to corruption and moneycracy. The above are no doubt big challenges that confront us in our development efforts but added to this, lately is the cocaine menace that has gripped the whole of the West African region. In our country, it is a huge problem and I wonder if the seriousness of the problem has even dawned on our clueless politicians. The demand for cocaine in Europe is threatening to push Africa back to the abyss of poverty and anarchy just at a time when the region seems to be trying to get on its feet after suffering years of conflict and poverty. The cocaine used in Europe passes through impoverished countries in West Africa, where the drug trade is causing untold misery, corruption, violence and threatening instability and anarchy.

There is a danger of history repeating itself. In the 19th century, Europe's hunger for slaves devastated West Africa. Two hundred years on, its appetite for cocaine could do the same. The former Gold Coast (Ghana) is now becoming the Coke Coast. So severe is the problem that it now threatens the security of our dear nation and many others in the sub region where weak and corrupt governments are vulnerable to the corrosive influence of drug money. In Ghana, it is now clear and known to all that some senior members of the security apparatus of the state, the police and some government officials are involved in this drug trafficking. The names of some senior police personnel have been mentioned in connection with the disappearance of some seized cocaine, and a former MP of the ruling government is currently serving jail term in the United States for drug trafficking.

Drug traffickers seek the point of least resistance. In Africa, they have found the weakest link. West Africa is a trafficker's paradise, partly because of its geographical position as a link between Europe and South America, partly because its governments are unable and unwilling to mount effective security exercises against the drug barons because some in government are deeply involved for their selfish and greedy ends. So long as they stand to gain personally from this shameful business, they don't give a damn.

According to the United Nations office on Drugs and Crime, these traffickers from Colombia, Peru, Bolivia, and Venezuela fill up fast boats with around one and half tons of cocaine and leave their shores by night to avoid detection. Once day breaks on the first morning of the voyage, they cover their vessels with blue tarpaulin and remain motionless, so that they will not be spotted from the air. They continue this routine over the next four or five days, traveling by night and sitting static in the water by day until they reach the West African coast where the cocaine is transported into fishing vessels, repackaged for shipment to Europe. Once in Europe, it is moved out of the port hidden in export consignments -- crates of fruit or crafts, even frozen fish. Because the cocaine trade from West Africa is relatively new, the European authorities are not looking for it with the same level of vigilance that applies to goods from South America or the Caribbean, so the checks are not stringent and many get away with it.

Meanwhile this burgeoning trade is a disaster for West Africa. It perverts the local economies. In Ghana, the value of the drug trade may be as high as the country's entire national income. It spreads corruption, it undermines security, it causes inflation, weakens the purchasing power of people, it spreads poverty in real terms, overstretches the already fragile health system, and undermines good governance. Investment in other industries gets crowded out in part because it's hard for them to provide high enough returns to meet the cost of rising rents and salaries. Coke becomes virtually the only game in town .In some cases unemployment can actually worsen. Fueled by the new spending power of the few, the cost of living also goes up. This means real povert actually rises.Cocaine trafficking is also spreading addiction and related social problems, particularly since couriers and other helpers are often paid in cash and also in kind with narcotics. These addicts certainly won't go to rehabs; there aren't any in Ghana for example and probably no treatment centers anywhere in Africa.

This is the extent of the problem. It is a gigantic problem because of the bad name it is giving Ghana internationally, and the damage it threatens to do to our society particularly the economy and the health system, yet I am not hearing much at all from our politicians on how they are going to address this menace. Some in Ghana are already calling our democracy cocainecrazy because of the perception that some in government are behind this shameful practice and that one particular political party seems to have implicitly approved this trade. I would like to see a passionate debate on how to boldly confront this monster of a problem that threatens to do away with every little good thing that we have been able to achieve under our democracy. If you care about Ghana, if you want to free Ghana which is caught in the crossfire of drug trafficking, and if you want to free people from a life of addiction and also help Ghana redeem its image and good name internationally, then stand up for Ghana, speak out against this drug business, and call for action on the part of our government and our politicians.

The author is a senior social and political analyst, public policy expert, and policy strategist who has written extensively on Third World issues. He welcomes your comments