By By Nico Colombant Dakar- VOA 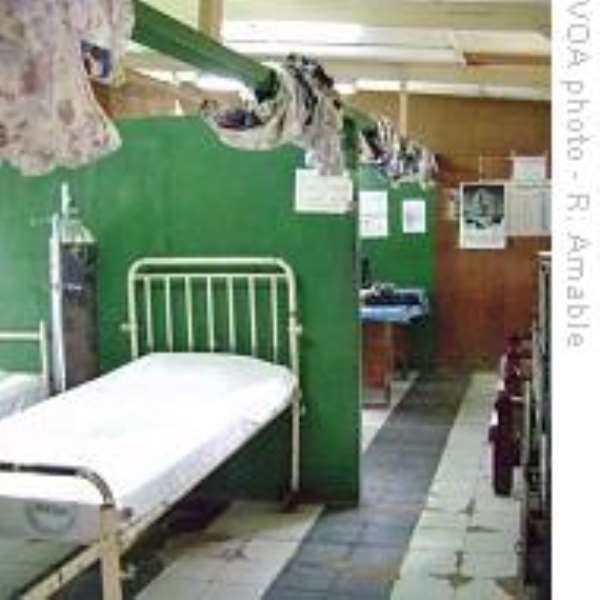 Doctors in Ghana say they are noticing a very disturbing trend of more and more pregnant women getting addicted to hard drugs like cocaine. But they say health practitioners lack knowledge or even basic statistics to help tackle the problem. VOA's Nico Colombant has more with reporting by Ruby Amable in Accra.

Even as children play in the Tudu area of central Accra, drug users line up to do lines of cocaine, out in the open, not far from the regional police headquarters.

Doctors say they have noticed more and more pregnant women are also hooked, endangering the lives of their unborn babies.

Dr. Alex Dodoo is the president of the Pharmaceutical Society of Ghana.

"There are increasing reports and I would stress that at this stage most of them are anecdotal, that several women who were on hard drugs, cocaine, amphetamines, marijuana are giving birth to children who are being affected by the substances their parents, particularly, the mothers have abused," said Dr. Dodoo.

Scientists say cocaine used during pregnancy can increase the risk of miscarriage, trigger pre-term labor or cause the baby to grow poorly, have a smaller brain and suffer from health problems such as urinary-tract defects.

Babies born to women addicted to cocaine, or who are breast-fed by drug-using mothers, also face an increased risk of mental retardation.

"Some were doing the treatment process, they get pregnant and disappear. They do give birth in health facilities across the country. Unfortunately, because this, hitherto, was not a big problem, medical practitioners are not trained to pick up the signs and symptoms of infants who have been affected by drug abuse by their mothers during the pregnancy period or before the pregnancy period," explained Dr. Dodoo.

Another problem he says is that there are no statistics to help the government come up with an effective policy to combat the problem.

"The situation is quite chaotic and needs to be rationalized and sorted out. So it is actually about time the universities and the health services collected good quality baseline information on the extent of drug abuse in the country," said Dr. Dodoo. "When that is done, then in subsequent years, it becomes easier to know whether the problem is getting solved or whether the problem is getting worse. So yes we have problems having good statistics. In fact we have a problem having any statistics at all about the extent of usage of hard drugs in this country."

No women users were available to be interviewed for this report.

However, as the sound of a nearby mosque in Tudu indicated the call for prayer, one addict, told VOA, he was busy looking for cocaine.

Doctors say it seems the rise of drug trafficking through West Africa from South America to Europe is leaving behind drugs, and a new local generation of hard drug users, including expecting mothers.