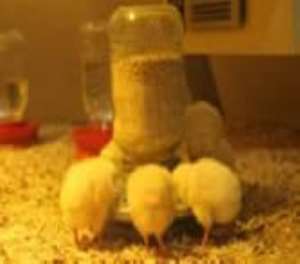 The Tema Municipality within one week has recorded the third outbreak of avian influenza, otherwise known as bird flu, at a poultry farm at Adjei Kojo, near Ashaiman.

The disease that killed a number of birds, might have spread from a near by poultry farm, which had about 12,000 birds, 323 crates of eggs, and 375 kilogrammes of feed that was destroyed.

Dr. Darlington Owusu, Head of the Avian Influenza Surveillance team, who disclosed these to journalists in Tema on Tuesday, said several crates of eggs at were destroyed and about 500 birds burnt and buried at Adjei Kojo.

He gave the assurance that the team would work hard to prevent the disease from spreading to other parts of the country.

Dr. Owusu advised poultry farmers to ensure that they fed their birds with uncontaminated feed and to cooperate with the team in efforts aimed at preventing the spread of the disease.

He advised Ghanaians against eating dead birds and urged consumers to cook poultry products for a long period in order to destroy any possible virus.

Dr. Owusu also advised that strange death among birds should be reported to the Veterinary Services Department.

He said the Government was paying compensation of between 50 to 90 per cent of the market value of birds, eggs and other items destroyed upon detection of the disease, to affected poultry farmers.