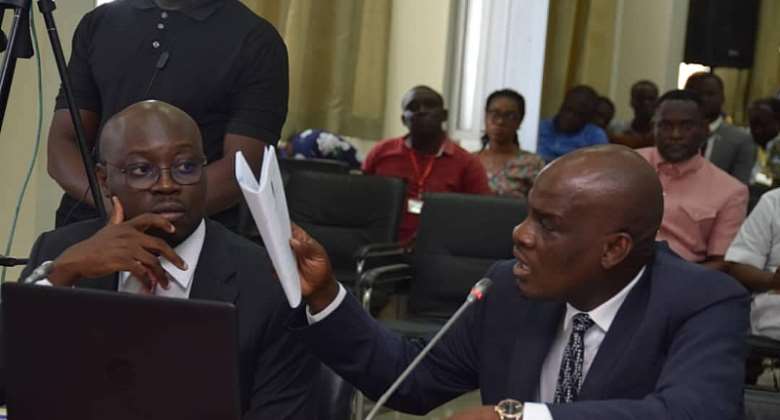 The Minority Leader, Haruna Iddrisu, has dismissed suggestions that the current economic crisis in Ghana was mainly caused by the Russia-Ukraine war and the covid-19 pandemic.

“Did you borrow to support the war in Ukraine,” Mr Iddrisu asked, arguing that, it was because of Ofori-Atta’s recklessness that caused Ghana’s economic woes.

His comment was in response to a remark made by the co-chairman of the Committee, K.T Hammond, who suggested that Mr Ofori-Atta cannot be entirely blamed for the country’s financial crisis.

Even before being sworn, the Minority Leader, Haruna Iddrisu and Minority Spokesperson on Finance, Cassiel Ato Forson, who were the first to appear before the committee, wished to tender evidence which was contested by the Chairman, KT Hammond and some majority members.