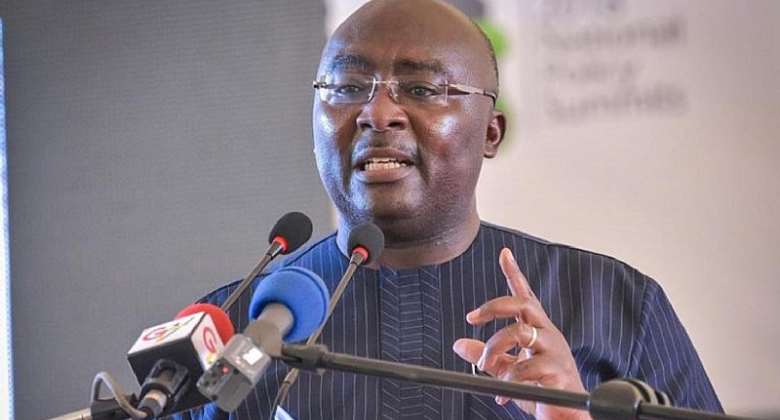 Just as it is impossible to sublimate metal into thin air and just as it is impossible to reverse the hands of time, so it is impossible to impugn the honesty and integrity of Dr Mahmoudu Bawumia. It cannot be said that we are in normal times where it almost seems as if the tests of time are back-to-back in a serpentine queue of conundrums, yet in such situations when it is easy to play evil and amass wealth on the blind side of a discombobulated parliament and even more obfuscated media with their reportage of half-baked truths, Dr Bawumia remains focused and steady with hands as white as snow.

When he had the opportunity to make hundreds of millions of US Dollars being, once upon a time, the resident representative of Africa Development Bank for Zimbabwe, he held true the protocols of integrity and fear of GOD, and excelled with distinction. When he was deputy Governor of the Bank of Ghana, his ethics and high moral standards earned him the respect and love of all. So how come, now that we are in power, his integrity will be questioned?

That is a blight on the dignity of the propaganda peddlers, those very hounds who bark at their own shadows with tails tucked in between their legs from the humorous fear that trembles their very core!

Ah, in the accent of my Nigerian brothers, “Dr Bawumia has sofaaad!”

In his lifetime, I have never heard that he has ever been involved in a single shady deal or shameful act of corruption as many politicians, especially from the NDC divide, have!

You cannot pinpoint to anything in the annals of government business that may indict him or even so much as make mention of his name in a dishonourable way. The idea that Charles Adu Boahen wanted to create a premise to make money as a glutton eyeing a cake in spite of a full belly about to explode makes nonsense of his attempt to use Dr Bawumia’s name to extract more money.

Everyone knows that due to the high standards of honesty, integrity, and professionalism which Veep’s name is associated with, he has become like the sweet nectar of a beautiful flower that bees cannot live without. Unfortunately, a hornet like Charles for a minute thought that he could pass off as a bee to get to taste the nectar. It was a bad choice!

His was like a case of serendipity, albeit in an unfortunate manner, being caught pants down at the wrong place at the wrong time under the wrong circumstance! His father, the late Honourable Adu Boahen, must be turning in his grave from the shame that Charles has smeared the family’s rich history with.

GOD bless Nana Akufo-Addo and expose all those hindering the success of our government!