We question the experience, judgment, loyalty and discipline of General Nunoo-Mensah 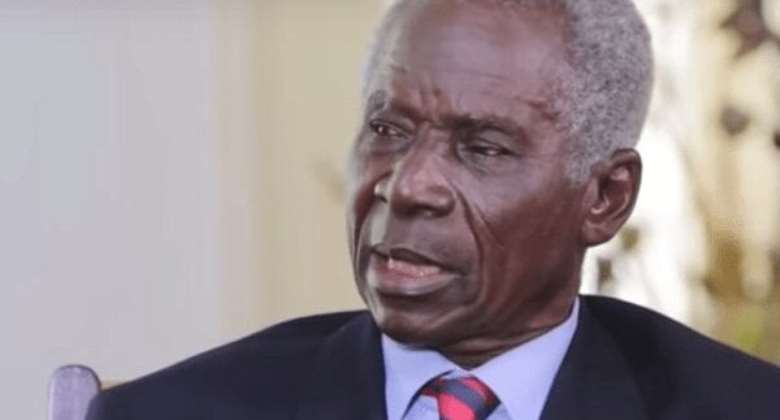 The recent statement by General Joseph Nunoo-Mensah that the military is more trustworthy than the politicians deserves some scrutiny here because it signifies the perorations of a person detached from the realities of history. This is because the Armed Forces of Ghana have displayed the penchant and particular propensity to violate both the constitution and the Armed Forces Act in all respects. By this indictment alone, this entity remains the least trustworthy in the whole country.

On passing out, a soldier swears to defend and protect the constitution of Ghana against all enemies, foreign and domestic, and to bear true faith and allegiance to same. He must protect the citizens of the country by air, sea or land, and obey the orders of the President who is also the Commander in Chief of the Ghana Armed Forces. The soldier is expected to stay out of politics, to be loyal to the civilian administration and to be disciplined and ready to die for the country. This is the general duty of a good and disciplined soldier, and this is the only litmus test by which we can measure the discipline and the trustworthiness of a soldier. Under none of the military code is a soldier supposed to elevate himself as a supervisor of the civilian administration or to form any political judgment about its efficiency or competence. But since independence, the typical Ghanaian soldier has never been trustworthy regarding his oath.

To the extent that Nkrumah was overthrown in 1966, we can be magnanimous and tolerant because Nkrumah himself went against the constitution he had sworn to protect by making himself President for life and the country one-party state. He also put the people in bondage by enacting the Preventive Detention Act and imprisoning them without trial. He muzzled press freedom and dismissed judges……

In this narrow sense, the soldiers were right in overthrowing Kwame Nkrumah in order to protect the people from his authoritarianism. The soldiers stayed briefly and returned power to the people. So in that narrow context of the 1966 coup, the military justifiably extended its role into the political domain to restore power to the people, and to guarantee the sovereignty of the citizens as per the letter and the spirit of the constitution.

Beyond this coup, all the rest were a violation of the solemn oath and sworn duty of the military. The coup that overthrew Busia was a treasonable adventurism and a betrayal of the constitution by the soldiers who turned themselves into politicians and usurped the very constitution they had sworn to protect. Acheampong’s shenanigans to introduce the so-called Union Government resulted in a palace coup by his own cronies who deposed him and thereby weakened the national security. That military promised to return the country back to civilian rule and made genuine arrangements to do so. But three months to the handing over, and in the midst of the general melee engendered by the military itself, there appeared Rawlings who caused an abortive insurrection and was arrested and jailed. In the ensuing indiscipline, his fellow soldiers rescued him and randomly albeit cynically chose him to lead the country.

During the pogrom that followed, three former heads of state were killed together with other generals. At that time, the military appeared to have cannibalized itself, since many of the mutineers later fell on their own swords and were killed or purged. Thousands of civilians who the military had a duty to protect were also killed, tortured or maimed. Until after the three months of chaos when Rawlings purported to have handed over to a civilian government.

Rawlings who had never led in anything in life, later handed over power to the civilian administration of Hilla Limann. But his intention was never to really hand over at all. And within two years of handing over, and without any discernible reason, he staged a coup and supervised another pogrom. The loss of the dignity of the people through this adventurism cannot be recounted here for want of space.

It suffices to say therefore that if we want the most untrustworthy institution in this country, it is the armed forces of Ghana. Those military people always want to use the military as a conduit to enter politics. And so the oaths they swear have no meaning to them. The constitution they swear to protect is suspended whenever they have another chance. Whenever the chance occurs, they forget the constitution, their loyalty and their duty to the people and overthrow the government, to terrorize the people or torture and kill them willy-nilly.

So exactly what does General Nunoo- Mensah mean by the statement that the military is more trustworthy than the politicians? The military are not disciplined. They don’t seem to know their functions or the meaning of their oath. There is no history where they have spilled their blood to defend the country through warfare or any war. They have not quelled any rebellion or mutiny that has occurred in this country. We all know that at the sound of war, they will all escape into the bush or go and hide under the beds of their wives and girlfriends. Cowardice is the trademark of the military and disloyalty characterizes their history and conduct.

So exactly what does this traitorous general mean when he says that our soldiers are more trustworthy than the politicians? Haven’t we had more of these soldiers turning into politicians and goofing than any other group of people in Ghana? As soon as a soldier enters the political arena to hold a position of Head of State or minister or director or whatever, the person has already become a politician and cannot differentiate himself from any other politician. He is no longer a soldier as such but a politician.

So how do we trust these chameleonic politicians disguised as soldiers? This old soldier should educate us! His sole explanation for trusting the military appears to be that Rawlings, a chief coupist, visited him soon after he overthrew a government and offered him a position. Under this person’s aura, this old general felt safe although he carried a gun and had previously killed many people. He cared not for his own superiority as a general and was always seen saluting his junior officer at functions and on parade grounds. All these showed the inferiority complex of this stupid general and puts into question mark his understanding of his responsibility as Chief of Defense Staff. He is what we call Opanin bonee, meaning a very useless old man.

The military has no function in the political life of this country. And they have nothing to do with the administration of this country. If anything at all, they have historically continued to threaten the security of the state either by their actions or by their posture. People who suggest that they are trustworthy or even useful in any sense neglect the realities of our political history and betray their palpable ignorance. Ghana’s present stability is not the result of any loyalty by the military. If the opportunity occurs, the military will stage a coup to destabilize the country.

Luckily the military has no stomach to stage a coup because they are aware of the futility and danger to them in the instance of any coup detat. Given what has happened to the institution before on account of their own adventurism, the soldiers wisely prefer to stay put because they fear for their lives and future. The military has nothing to do with the present stability in the country. They know the mood of the country and dare not do anything foolish against the will of the people.

People like the cowardly Nunoo-Mensah are the relics of the old order who have been properly forgiven and forgotten. His dementic hallucinations can only be taken as the hollow albeit stubborn perorations of a dying cockroach. As a semi-literate, he never understood his functions within the military, its hierarchy of superiority and its duties to the country. More probably, he will die believing in his own delusion that the military is more trustworthy than the politicians.