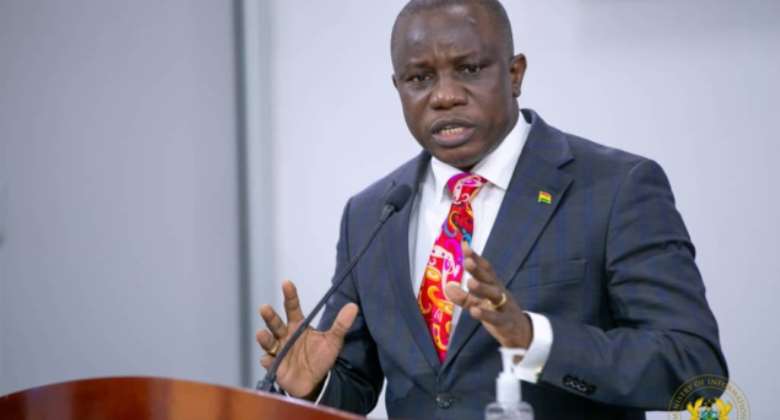 Government says it has improved its game regarding security issues at the borders of our country.

Recent developments of extremist activities in neighbouring countries have struck fear and panic across the country.

Speaking at the maiden edition of the International Defence Exhibition Conference at Burma Camp, Minister of Defence, Dominic Nitiwul stated the development of a legislation to regulate bilateral trade activities has improved national security and mitigated transnational organized crime in the sub-Saharan region.

“The use of electronic surveillance, undercover operations and informants have proven effective and helped the investigative agencies to help combat crime.”

“In terms of developing and strengthening legislation on criminalizing the lumbering of proceeds from crimes, trained officials have increased the ability to identify cross border transportation of illegal cash or other negotiable instruments as a major step in curbing organized crime in the sub-region and world at large”.

The inaugural International Defence Exhibition and Conference (IDEC) hosted by Ghana's Armed Forces in Accra was to build upon the endeavours of Africa's Armed Forces to enhance combined capabilities to counter the continent's leading security challenges.

The unprecedented event will showcase the importance of integrating strategies and solutions across land, sea and air to solve challenges such as extremism, cross-border crime and maritime security in this region.

The overarching objective is to improve regional development and security by promoting civil/defence partnership, both regionally and internationally.

Through a series of unique platforms, the two-day event aims to assemble Africa's Defence Chiefs of Staff and senior officers and executives from security agencies and global partners and advanced solution providers to improve combined combat operations and regional development initiatives.