The defeat of Dr Obed Asamoah. 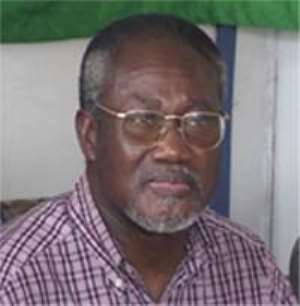 It is very unfortunate that some people have decided to over emphasis on the avoidable violent that took place at the NDC congress rather than discussing the broader issues that cause the demise of the Obed Asamoah.

This however is not to say that the beating of Mrs Francis was appropriate. It is uncalled for, and all well meaning NDC supporters should condemn it. No one deserve to be beating, no matter what the person believes or says. Those who harrassed and beat Mrs Francis should be ashamed of themselves. I know Mrs Francis very well. Whiles studing at the University of Ghana in the late 1990s and early 2000s. An era that the NDC was so unpopular in the University campus. Mrs Francis, inspite of all odds against the party was one of its vehement defenders. In fact many students at the time hatred her and she was threatened. Mrs Francis, despite her fault, was an ardent supporter of the party who rose of the ranks to become its women's organizer. It is therefore very unfortunate for some members of the party to be little her or even assault her because she is at loggerheads with certain individuals in the party. As a democratic institution, I think the NDC should not punish people because they disagree. In a democracy disagreement is allowed and there are rules for resolving problems. Democracy is not a one man show. It is a collective act and when people gather for collective action sometime strong disagreement raises, but what seperate us humans from beasts in how we reslove our disagreements. The attack and assault on Mrs Francis is a beastly act and should be condemned by all. By attacking Mrs Francis, those attackers have taken away the goods new that should have evolved from congress, marred the image of the party, and gave weapons to our detractors. As an NDC supporter I am very sadden and disappointed by this.

I will now turn my attention to the main purpose of this article. The defeat of Obed Asamoah should be expect by all observers of NDC politics.

I was very supprised that Obed did not anticipate his defeat and give in before the final verdict was passed at the congress. The reason for his defeat was in my considered opinion miscontrued by a section of the media as the rancore between him the former president. I think that the virdict of the NDC delegates goes beyond the rational assigned by the media. It is my reasoning that the NDC delegates are not as stupid as the media might want us to believe. I also do not think that the former President exert the kind of influence over delegate as the media might want us to believe.

In the last congress the same delegates elected Obed against the former President's wishes. In this congress delegate made a very wise and calculated decision. Apart from Obed Asamoah's defeat, the excutives elected to manage the affairs of the NDC was a mesh of both the so-called Rawlings camp and the perceived Obed Camp. Haruna Iddrisu was retained as the Youth Organiser of party, Baba Jamal was retained as the vice chairman of the party, and Ofosu Ampofo was also retained as the National Organizer of the party. Surfice it to say that all of these individuals were earlier on percieve as members of the Obed faction of the NDC. Besides Dr. Kwabina Adjei is not the prefered candidate of Mr. Rawlings. He preffered Victor Gbeho. It is therefore of no merit to conclude that the congress was a Rawlings victory. One could deduce from the congress and elections of national excutives that the national delegates of the NDC wants the unity in party.

Dr. Obed Asamah's defeat has to do more with himself than with Mr. Rawlings. The problem of Obed Asamoah started when he openly supported a candidate for at the last NDC congress to select a presidential candidate. As the Chairman of the party and head of the national executive committee, it was wrong for him to openly campaign for candidate. He may have his choices and could support for candidates of choices. But openly supporting one against the other created tension with winning candidate and thus created unnecessary friction within the party. Not only this, but also Obed was quoted as saying that he thinks Mills will not win last election after the NDC delegate, the highest decision making body of party had elected Mills. This situation forced the Professor to move his 2004 election campaign from headquarters of the NDC to another location. This did not go down well with many delegates and certainly not with me. For this reason some even perceived Obed as working against the party. In fact it was rumored that Obed Asamoah denied Prof Mills of the financial resources needed for his campaign because he was not the candidate of his choice.

I am aware of the argument that Rawlings openly support Professor Mills. This is not a strong argument. In the first place Mr. Rawlings is not a national executive of the party. His position "founder of the party" is not an elective position. He does not run the party on daily basis, neither does he chair any top level executive meeting of the party. His position as "founder" is just as the normal head of any organisation or a figer head "if I may be use that term" of the party. He may support a candidate of his choice. It is an open secret that the Queen of English as the British normal head prefers the conservatives than the liberals.

Readers should not perceive me as a Rawlings apologist. I am no Rawlings apologist when comes matters patterning to administration of the NDC. I believe and have written on many occassions about the limited role for him in the party and also against his attempts to usurp our presidential candidate's role during election campaigns. But Obed is not immune from problems either. I therefore urge readers to examine the just ended NDC congress from a much broader perspective than what we hear and read in the media. Any serious observer of the party will by now know that those making noises about Dr Obed Asamoah's demise in the party are the very once who predicted the collapse of the party after 2000, and very once who will not critize this government because it will give the NDC an advantage. Abdul-Rahman Welland, Ontario Canada Views expressed by the author(s) do not necessarily reflect those of GhanaHomePage.

We can’t accept debt exchange programme in this difficult cr...
4 hours ago