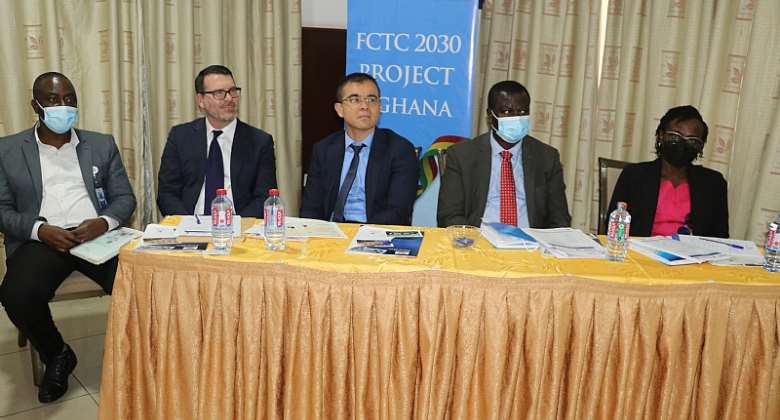 The government is exploring comprehensive smoke-free policies as part of a mechanism to control tobacco use in Ghana.

The Acting Director of Technical Co-ordination and Special Advisor on Non-Communicable Disease (NCDs) to the Minister of Health, Dr Baffour Awuah, announced this in Accra during a stakeholder meeting by the Food and Drugs Authority to analyse the status of tobacco control in Ghana.

He stated that to complement the tobacco control policies, the government had ratified the World Health Organisation (WHO) Protocol to eliminate illicit trade in tobacco products.

On his part, the Deputy Chief Executive Officer, Food Drugs Authority, Seth K. Seneake, said the Authority was enforcing the ban on tobacco advertisement and promotion to control tobacco use in the country.

“The focus is also on the implementation of pictorial health warnings, the ratification of the Protocol to Eliminate Illicit Tobacco Trade and mass media campaigns on tobacco dangers,” he added.

He noted that the WHO Framework Convention on Tobacco Control (FCTC) Needs assessment mission outcomes and reports would be an invaluable add-on in developing the requisite legislation tailored to address the rapidly evolving facets of tobacco control.

The stakeholders' meeting forms part of the ongoing World Health Organisation (WHO) Framework Convention on Tobacco Control (FCTC) Needs assessment mission in Ghana to evaluate the existing mechanism of tobacco control in the country and identify opportunities for improvement.