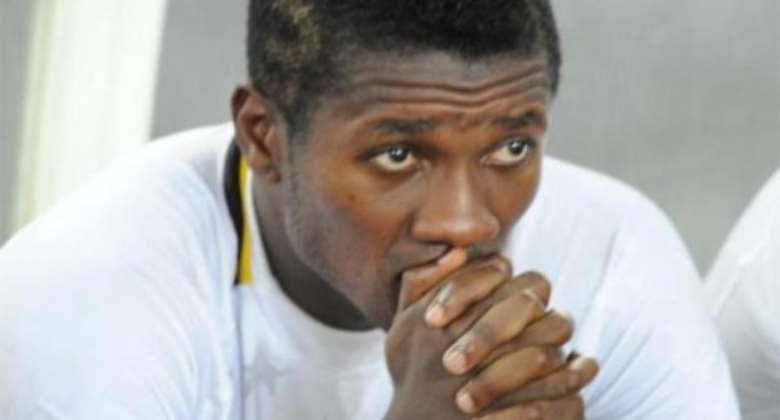 Baby jet's retirement created unimaginable loophole because his show of unmitigated footwork strength and ambidexterity in the scoring of goals, one of which saw him score that wonderful stunner against USA in the 2010 edition of the World Cup in South Africa, after having been pushed hardly is missed very much.

His outstanding header against Nigeria in the 2010 African Cup of Nations hosted by Angola in which Ghana lost the final to Egypt on a lone goal and his contributions that saw Ghana and Côte d' Ivoire play the final of the 2015 edition in Equitorial Guinea in which Ghana lost 8-9 on penalty shootouts as well as his general contributions to Ghana's World Cup and African Cup of nations qualifiers too is also well missed.

Not withstanding the above accolades and many others that easily underscore Baby Jet's importance to the Black Stars, his statements during the qualifiers betray his desire to merit an inclusion into the team for the impending mundial slated to take place in Qatar this November.

His claim that Ghana's "penalty against South Africa was soft" made him appear good in the eyes of the South Africans, whom around that time gave him a punditry job at Super Sports, betrays his desire to join the very team because he became a reference point of the South Africans against the very nation he wants to represent now in Qatar.

His claim again, was an exhibition of a high level unpatriotism and a reflection of 'ɔbofoɔ nnim sɛ ɔbɛwe adowatire anka ɔhuu ho yie' to wit, if he knew the Black Stars would have qualified, he wouldn't have been making such utterances.

The point is, it was the same "soft penalty" that made it possible for the team to ptogress to the play off against Nigeria which eventually booked our ticket to Qatar which he now considers a matter of necessity to be there at all cost.

Dede Ayew kept assuring and motivating the entire regiment of the team that they were going to qualify no matter what after Ghana lost a lone goal to South Africa in the away game and that was exactly what Baby Jet ought to have done regardless of not being part of the team at that time.

However, if he gets a team and works hard to merit a call up for us to try him with the rest of the team in friendlies and he plays productive football that produces his trademark goals we all loved and cherished and there are no factions in the Black Stars camp as it were in the past, why not?