‘Asomdwehene’ Was More Than A Merited Title (3) 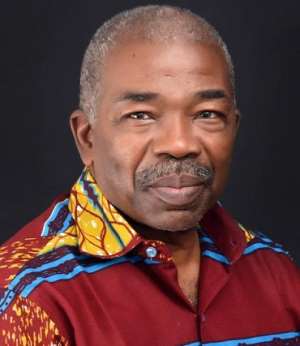 I RECALL one serious infraction that characterised the 2004 General Election Results, when a 3-man New Patriotic Party (NPP) stalwarts, made up of late Jake Obetsebi-Lamptey, Hon. Kwamena Bartels (my senior MOBA) and Peter Mac Manu declared their party the winners and there were agitations by some elements of the National Democratic Congress (NDC), believing their Party had rather won the elections; and especially more when the then Electoral Commissioner had delayed unduly to announce the winners.

What was just needed to plug this nation into flames and chaos was the objecting voice of late Prof. J. E. A. Mills; and here he showed his true nature, when he rejected the cry by insisting, “I don't need the loss of the blood of even one Ghanaian to make me a President” – that was not the voice of a usurper or a pretender but true 'Patriot' in the mold of the Founder of our Nation, the Osagyefo Dr. Kwame Nkrumah of blessed memory and his avowed mentor.

'What Would Prof. J. E. A. Mills have said and done?' – if the people close to him or his relatives or blood brothers were perceived as the looters of state resources meant for the development of all, especially the vulnerable, the deprived, the orphans, the less endowed academically, the seeming dismantling of the well-intended and much-touted FREE SHS policy through not-well thought-out delivery of the feeding aspect, especially if he was to succeed the current President Nana Addo Dankwa Akufo-Addo; knowing how much he desired equal opportunities for all, even for his political opponents, ever-forgiving the worst, most abusive insults from his worst enemies, including those who sat at his feet to be tutored into the law profession?

He lived his Christian faith without shame and in the true spirit always opting to rather forgive as Jesus did when He said “Father forgive them, for they know not what they are doing.”

Prof. Mills was not a 'pretender' as he lived his full life for his Maker in the full knowledge that there is more to life and living than all the lootings of state resources meant for all, including generations yet unborn by few 'family and friends'.

I remember when he made his 2010 call that one week be set aside in a year to pray for the nation; and this call was accepted by the religious leadership of the nation. The leadership of the various Church Councils then designated 6th to 13th March, 2011 as a National Week of Prayer, Fasting & Thanksgiving with Isaiah 60:1-22 as the Theme Scripture.

The 'Theme Scripture' was intended to launch the nation into a new dispensation with a call for the whole nation to 'ARISE' (from spiritual depression to a new life), shine (be radiant with the glory and brilliance of the Lord); for your light has come, and the glory and brilliance of the LORD has arisen upon you; believing when we reach that state nations will come to Ghana's light, and Kings and other Presidents will also come to the brightness of Ghana's rising.

For me, Professor John Evans Fiifi Atta Mills, was like King David in the Holy Bible, an unrepentant Christian, not to shy away from his open, unashamed nor undivided commitment to things of his Maker, prepared even to the point of abuse, insults, ridicule, humiliation and laughter lie prostrate to glorify the Lord because he owed him his everything and all, even the Presidency. Remember his appearance and worship at the late Temitope Balogun Joshua's Synagogue Church of All Nations (SCOAN) and all the name-callings?

Again, for me and to some of his aides at the Kuku Hill Offices, who know how intimately we were on the blind side of many, especially my two Hearts of Oak FC supporters, you would be surprised to know, I still feel his admonishing hands on me always, that: “Rex, just let everything go because they are not worth the blunt of any anger!”

I guess at this juncture, I can share this personal story.

During the hugely successful CAN 2008 Extravaganza as the architect, someone I regard still as a friend and a brother of the NDC political persuasion, expressed an interest to supply the buses we required for the sixteen (16) teams participating in the fiesta as well as for the Secretariat.

Perceiving the possibility of a witch-hunt I could see ahead of me and especially where there was another interest from the ruling government then, I swerved both interests by renting buses from the Ghana @ 50 Secretariat and with the assistance of Hon. Anthony Akoto Osei, then Minister of State at the Ministry of Finance and Economic Planning, paid them through a transfer from an official CAN 2008 Account with the Ministry into their account also with the MOFEP.

In the weeks thereafter, the drivers of the Ghana @ 50 vehicles raided our offices that they had not been paid because they are informed the CAN 2008 Secretariat had not paid them for the hiring of their buses; and worse they got the story published in the Daily Guide publication of the day toasting me. This was the least of my burden because the revelation of the payment by a copy of the Transfer Notification silenced them.

However, in the early days of Prof. Mills' administration after his swearing-in, I got a call from my friend, Elvis Aryeh, former Editor of Daily Graphic and later of the Press Bureau at the Osu Castle, saying the CAN 2008 Secretariat had purchased some buses during the tournament and they could not trace the payment. I told him that we never purchased any buses but rather rented them from the [email protected] Secretariat and also paid fully for their uses.

He asked whether I was sure and I replied that I had every record. I asked him where he was and he said, Osu Castle and then I added, I could bring him copies of the transfer and every documentation within fifteen minutes. Remember, the CAN 2008 Secretariat was situated at Ringway Estates, Osu.

I was there in lesser time and gave him the documents; he opened his mouth in awe and asked, “How could I think that way to protect myself?” I just told him that they were out of lessons I learnt dealing with the then new President, Prof. J. E. A. Mills on public life and how at each stage of our relationship, he never ceased to be the lecturer, he was born to be with the Presidency only a just reward for the thousands of people/students, whose lives he had impacted positively throughout his life.

Unfortunately, he never had the opportunity to see to the coronation of the next 'Asomdwehene' in 2025 before his death, ten years after or is it thirteen (13) years after but then who on earth could have foreseen such great loss for this nation, Ghana?

Truth be told, it is his kind and style of leadership and Presidency – Father of All & For All, Irrespective, that our nation, Ghana needs from 2025 onwards: this is not a prophesy but a caution from one, who will always stand afar, watching the lives of the great and mighty, the simple and unassuming of our leaders unfold, as they live their lives leading us into the future.