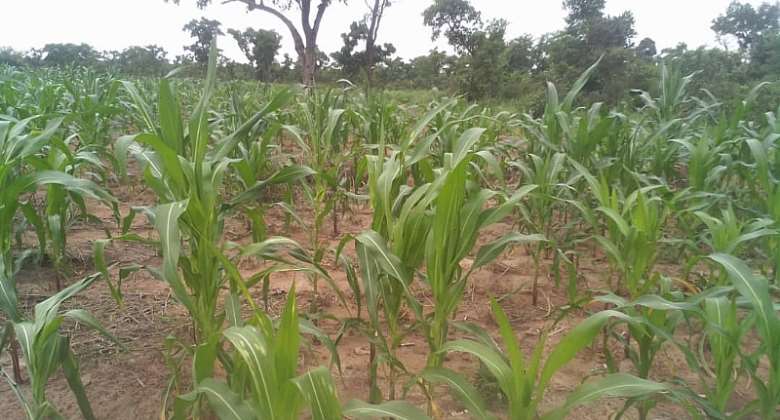 It is the cropping season. Cereals, legumes, yam among others are the major agricultural produce, farmers in the north are known to produce. Sissala communities are famously known for their record maize outputs year in year out. Farmers engage in this enterprise to feed their families and also sell the surpplus to cater for some other pressing needs. TZ, sourced from maize, is a common delicacy among the Sissala communities. Unfortunately, this year, the farmer will not get TZ from his own maize farm. He will have to buy it because his farm has failed.

Over the years, enough maize is produced to cater for our TZ requirements and also export the surplus to other parts of the country that produce less enough to meet their requirements. For three years now, maize farming has not met expectations. Fake fertilizers were common in 2020. In 2021, the rain was excessively heavier than required by the maize crop, and this year (2022), drought and fertilizer prices forced the maize farms to show signs of low performance. It is also important to note that there are still fake fertilizers in the system. Maize requires fertilizers to give a good yield.

Though the last two farming seasons have been bad for farmers, this year seems to be getting to a disastrous end. This year is "badder than bad." For instance, in the Sissala West district, out of every two acres of maize, you find out that one acre has developed at least one of the following four undesirable defects. Either they are poorly germinated, turned yellowish, overtaken by weeds or growth has stunted. This is the situation of our farms and there is absolutely nothing we can do to resuscitate them.

The government in 2017, rolled out a commendable policy of Planting for Food and Jobs (PFJ). The policy was to provide inputs - fertilizers and seeds - to farmers for half payment and the remaining half paid at the end of the cropping season. Despite the implementation challenges, farmers were happy and hopeful that the challenges will be addressed. The challenges were never going to be addressed as government ministers and powerful individuals find the policy as a cash cow to make lots of money. It is also reported that the government owes fertilizer supplies in excess of GH¢400 million. The policy lived shorter than it was expected to last.

This year, prices of 50kg bag of fertilizers have ranged between GH¢300 to GH¢400, depending on the brand, doubling last year prices. Herbicides for weed control have also seen their prices increasing two or three times. Glyphosate which was sold last year at GH¢17 now sells at GH¢50 per litre. The point I am trying to make is that each year prices of agricultural inputs have not helped farmers thereby making their budgets fail.

We must find ways to deal with the price increases. First, a special tax component on the budget is required to fund agriculture, most especially cereals like maize. This will provide dedicated funding and payments to fertilizer supplies will not be delayed. Laws must be enacted to dictate how this tax will be administered.

Again, most of the agricultural inputs are imported to the country. We must find a way to deal with this. Local companies must be resourced to supply these inputs at lower prices. Tax incentives and funding to establish fertilizer manufacturing companies must be a priority to the government.

To end, though maize production has been difficult for farmers in recent years, this year has proven to be more ugly. Drought and high cost of fertilizer has cost the poor farmers a lot. Essentially, the farmer will have to buy what he can produce to feed his family.