NPP flagbearer race: Alan Kyerematen is coming, I'm not an executive so I can say it' — Hopeson Adorye declares support 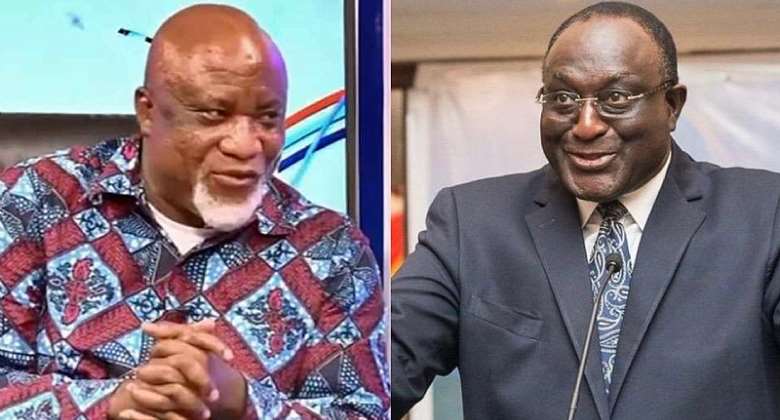 He said the Trade and Industry Minister Alan Kwadwo Kyerematen will lead the NPP in the 2024 elections come what may.

The former Member of Parliament for the Kpone Katamansu constituency stated on Accra-based Okay FM on Saturday, August 6 monitored by Modernghana News that his affection for Alan Kyerematen stems from his unwavering loyalty to the party for many years.

“God willing in 2024, Alan Kwadwo Kyeremanteng is coming. He started aspiring for the flag bearer position since 2007. I am his strong supporter,” he said.

He added that the party members in the Ashanti region will vote overwhelmingly for Alan Kyerematen to be the next NPP flagbearer.

The Party issued a warning to executives on Friday, August 5 through its General Secretary, Justin Frimpong Koduah (JFK) to refrain from publicly endorsing parliamentary and presidential candidates.

Hopeson Adorye believes he is exempted from the rules of the party on the basis that he is not an executive of the party.