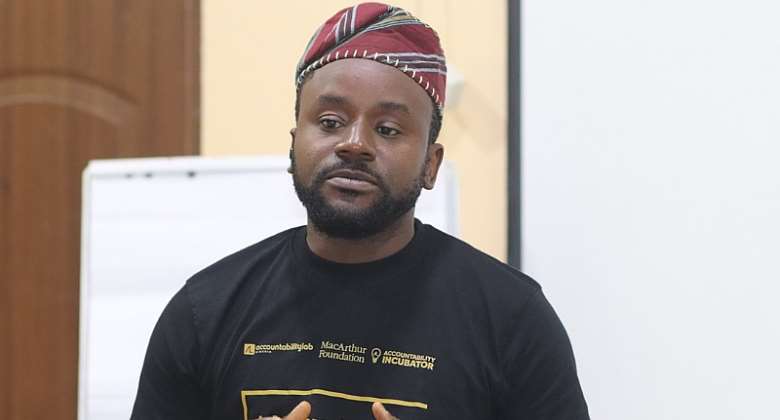 The Nigerian political scene is rumbling ahead of the general elections in 2023. By September, everywhere will be agog with torrents of political activities and every corner of the country, even where governance has never been felt, will be lit in a carnival of campaign activities. Our bridges, lamp posts, walls and fences will all be decorated with a deluge of varieties of rich and colourful campaign posters. The campaign season brings back memories of the 2015 campaign because there is so much that both elections have in common. If history is anything to go by, this might spell doom for Nigeria.

The emergence of Peter Obi mirrors the emergence of President Buhari with a lot of commonalities. Buhari’s emergence established the mob or herd mentality where supporters of the retired General, known as Buharists, would abuse, cajole, and degrade anyone who dared to ask critical questions about the capacity or competence of Buhari to lead Nigeria. They hoped to hound everyone into blindly supporting him and thereby drown out all forms of opposition to what many of them considered to be a divinely ordained mandate. Needless to say there was no shortage of bullying and insults. They had no tolerance for divergent opinions.

This is the posture that the Obidients, as Peter Obi supporters are known, have taken and it is reflective of the Buharists of 2015 and 2019. Like the Buharists, they too have assigned messianic configuration on Peter Obi as the man who will come and right all the wrongs in Nigeria. They are vicious and ready to tear down anyone who dares question, even if in sincerity, the competence or capacity of Peter Obi for the job of being president. In fact, it is a taboo to do so. Doing so only means you are an enemy of Nigeria who doesn't want Nigeria’s progress. They consider themselves more patriotic and more righteous than other Nigerians. They sniff a not-so palatable comment about Peter Obi from miles away like rabid dogs, rush to tear down the comment and the commentator to zilch. Contrary opinions are sacrilegious and must not be tolerated even though they might be of good intention. This has eroded critical thinking and healthy debates. Many have considered themselves too pious to still remain friends or acquaintances of those who are not “obidient”. But Benjamin Franklin once said “If everyone is thinking alike, then no one is thinking.”

Like Buhari, Peter Obi is loved not because of the plans and programs he has for Nigeria if he became president; he is loved not because his supporters are sure that he has the competence to lead Nigeria. Even Peter Obi himself has not outlined his programs and roadmap. I cannot remember any of his many interviews where he has articulated solutions to Nigeria’s problems in the same manner that he is quick to recite the problems of the country. Like Buhari, the admiration for Peter Obi is simply hinged on the fact that he seems like an outsider, speaks fluently and knows how to quote figures and statistics (even when some of his ‘facts’ are well off). Like Buhari who was decorated and described as frugal and impervious to corruption, those attributes have been transferred to Peter Obi, even though events of the last seven years have shown that the man Muhammadu Buhari was grossly and deceptively misrepresented to Nigerians. Like Buhari who never for once communicated his economic plans for Nigeria, neither has Peter Obi.

Like the Buharists who prospered their campaign on propaganda and fake news, the Obidients have largely based their campaign rhetoric on deliberate misinformation, fake news, and gaslighting - tactics commonly used by IPOB. In recent times, I have seen social media posts endorsing the candidature of Peter Obi credited to international public figures like Tom Hanks and Rihanna which are false as fact checked by TheCable. I have also seen a picture of popular lifestyle celebrity, Rahmon Jago with a face mask on, said to be Bola Ahmed Tinubu who is going for a medical trip in disguise. This was also immediately fact checked and debunked by other social media users. And there are many other such examples. Like the Buharists, despite these false claims and information being debunked, they are never retracted nor deleted. Which means that the fabrication of such posts were deliberate with the intention of misinforming unsuspecting users of social media and the reading public. I have heard people cite these false information in discussions off the internet.

Like Buhari, whom his supporters made campaign promises on his behalf, Peter Obi supporters too, for want of any campaign manifesto from Peter Obi, are beginning to make promises on behalf of the man. Ironically, Peter Obi supporters are eager to ask what blueprint the other candidates have but make up silly excuses when the same is demanded of Peter Obi. Recently in an interview on Channels Television with Seun Okinbaloye, Dr. Datti Ahmed, running mate to Peter Obi, refused to comment on what solutions they have for insecurity in Nigeria. His refusal to answer the question was hailed, applauded, and commended by Obidients on social media as an excellent strategy. The Buhari and Peter Obi examples are indicative of how flawed our candidate selection process is. Hardly is it ever based on the right reasons.

I’ve come to realize, people are inclined to gravitate towards those who share similar opinions and beliefs. This is understandable because humans are pack creatures. Embedded in our DNA is the ability to pick up on social cues, and synchronize our behavior with those around us. The Obidient movement is not entirely fuelled by altruism, many identify as Obidients because it’s trendy and fashionable, or they don’t want to feel left out because their friends are also Obidients. Research has shown that moving against the pack provokes the alarm circuits in our brain, while conformity keeps us calm. So essentially, it’s easier to fit in rather than stick out. Which leads me to the dreaded phrase “mob or herd mentality” which describes “how people are influenced by their peers to adopt certain behaviors”. Social media mobs move like a pride of lion hunting for and ready to devour anyone who dissents or dares have contrary opinion. At the head of the Obidient mob is the self acclaimed investigative journalist, David Hundeyin, who realised early on that many Nigerians on social media would rather outsource their thinking to others than think for themselves. Therefore, he has diligently amassed social media clout to lead the mob to abuse and “drag” dissident voices.

Recently, I lost a few friends because my views differed from those held by the majority and since I wasn’t willing to sacrifice my beliefs for theirs, they decided to end the relationship. Immature, I would agree, but I also found such behavior curious. A once very good friend of mine labeled me homophobic because I said I do not support the the idea of homosexuality. She blocked me everywhere and severed all means of communication. And there are a few other examples like that. It is okay to disagree with the thoughts or opinions expressed by other people. That doesn't give you the right to deny any sense they might make.

It is as though the mass majority of people only enjoy hearing their ideas (or what they think are their ideas). It is as though the world is just one big narcissistic cesspool, where everyone is looking in mirrors echoing one another, and if the mirror doesn’t look like them or sound like them, then there’s an uproar, a sort of disbelief that someone might disagree with the herd. Such actions have led to job losses for people and being condemned due to the herd or mob on social media. Post 2015 elections, the Bubarist mob, spearheaded by Japhet Omojuwa, galvanised signatures for apetition they started requesting Yale to withdraw the Honorary Doctorate Degree awarded to Dr. Ngozi Okonjo-Iweala. Her only crime was serving Nigeria under president Goodluck Jonathan whom they didn’t like. In other non-political situations, many have lost their jobs because some people from social media wrote petitions against them to their employers seeking the termination of their employment contract. In the few instances where such employers did not conform to the demands of the mob, the mob canceled and called for boycott of patronage to such companies.

This behaviour is not only dangerous but stifling of healthy conversations, debates, and the development of new ideas. If everyone is too afraid to speak against the Obidient mob, as it was in 2015 with the Buharists mob, what hope is there that we will end up with the right leader in 2023? After what the country has gone through with the Buhari administration, it should have taught us a lesson to be more discerning in choosing who the next leader of the country is by critically interrogating, objectively, the policies, capacity, competence, and character of those vying to occupy the presidency. We should not be carried away with the euphoria of the moment and forget that for any president to succeed, he or she will need the support of all Nigerians. We should also not forget that, like the Buharists in 2015 recently realised, no one is immune to the consequences of bad governance; bad governance does not recognise who you supported.

Lastly, we need disagreements and debates to sharpen ourselves. We need to objectively, without malice, scrutinise every candidate and their programs and judge them on the merits of that. Let’s purge ourselves of every bias when probing the candidates. We will not all agree on the same candidate but we can learn to be more accommodating of others choices and engage each other more respectfully with the purpose of learning, unlearning, and relearning. Succumbing to conformity quashes growth, and creates stagnation, which brings about a sort of putrid rot, a veil of toxicity that seems to be permeating every corner of our society due to social media. I can only imagine how many future atrocities could be avoided if people simply thwarted the herd mentality and started thinking for themselves, and without any freckles of biases.

Victor Terhemba is a civil society advocate and acting executive director, Raising New Voices, Abuja, Nigeria. He can be reached via @Victor_Terhemba.