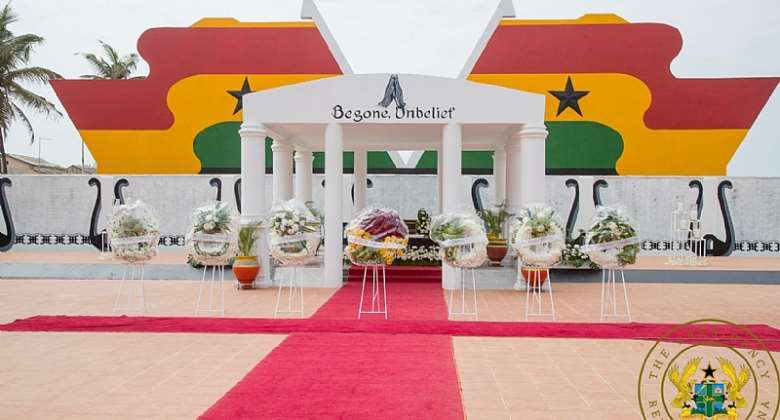 The very competitive nature of democracy created a natural rivalry between candidate Mills and candidate Akufo-Addo in the 2008 and 2012 elections.

Facing each other in two fiercely contested general elections naturally meant a very intense campaign and its associated propaganda as a tool of politics to discredit opponents in which both Candidates suffered severe opprobrium in the nature of name calling and what have you beyond description.

Of course John Agyekum Kufour suffered too and same was the case of Rawlings so those who attempt to discredit President Nana Addo Dankwa Akufo-Addo's kind gesture on the renovation of Asomdwee Park because he criticised the good old Prof. are extremely missing the point.

The renovation of Asomdwee Park has come with a Library and other facilities to keep the memory and legacy of Prof Mills alive and if this is not worthy for commendation, them it remains to be seen what else deserves it.

The face-lift of the final resting place of our former president is now an important site for tourism which is a potential revenue generation source including foreign exchange earnings for the country from foreign tourists.

The president deserves commendation and same applies to the architects of Atta Mills Institute and its quest to promote the legacies of the former president and keep his memory alive.

However, in spite of the commendation, there are mistakes whether intentional or otherwise which need immediate corrections to insulate Asomdwee Park from needless politics and lift up the Park to the level of a renowned national monument comparable to Kwame Nkrumah's Mausoleum.

What are the corrections? The first correction to make is that the bust of Prof. Mills is beautiful but the inscription on it, if it were not found at Asomdwee Park, does not describe who it represents.

The inscription on it must capture, first of all, the name Prof. Evans Atta Mills, his title as the Former President of the Republic of Ghana and the period he served as the President, which is between January 7, 2009 to July 24 2012. His date of birth and the year of passing on to his maker could also have been used.

Not only but also, the family, though seems to align politically, needed to have been involved in the renovation on the basis of our African values and principles because one does not cease to become a family member because he or she is dead.

All said and done, the President and Atta Mills Institute have delivered a state-of-the-art national monument which deserves commendation, but the identified flaws need corrections especially the inscription on the bust.